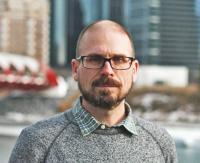 Energy Made Visible. Using airborne thermal data and machine learning to assess and display the building efficiency across entire cities.

Can Energy Efficiency Be Measured From 4,000 feet In The Air? In early 2017, a group set out to measure the behavioural response to personalized thermal imagery vs. traditional consumption comparisons. A municipally-owned utility in Alberta is leading the pilot in partnership with Natural Resources Canada, and a behavioural science academic team.

In order to test the relationship between the thermal data and consumption, the thermal data for each rooftop in the city was grouped and categorized. This was done using unsupervised machine learning applied to each rooftop thermal signature across the entire city of 20,000 homes. The results are HEAT Ratings, a comparative ranking of buildings in relation to others in their neighbourhood and city on a scale of 1 to 10. Category 1 represents the least amount of measured heat loss and category 10 represents the highest amount of measured heat loss. 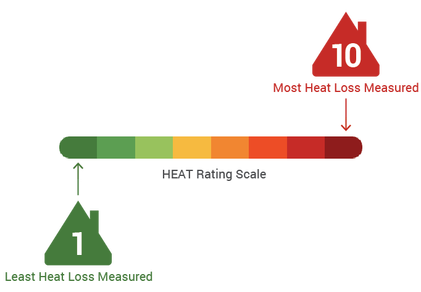 The evaluation, led by Dr. Nic Rivers and Dr. Maya Papineau, began by exploring the relationship between thermal signatures and energy consumption data for single-family homes.  Data for this exercise came from three sources:

When the thermal data and building size were considered, the results revealed that buildings consumed approximately 4% less energy for each incremental change in the HEAT Rating unit. 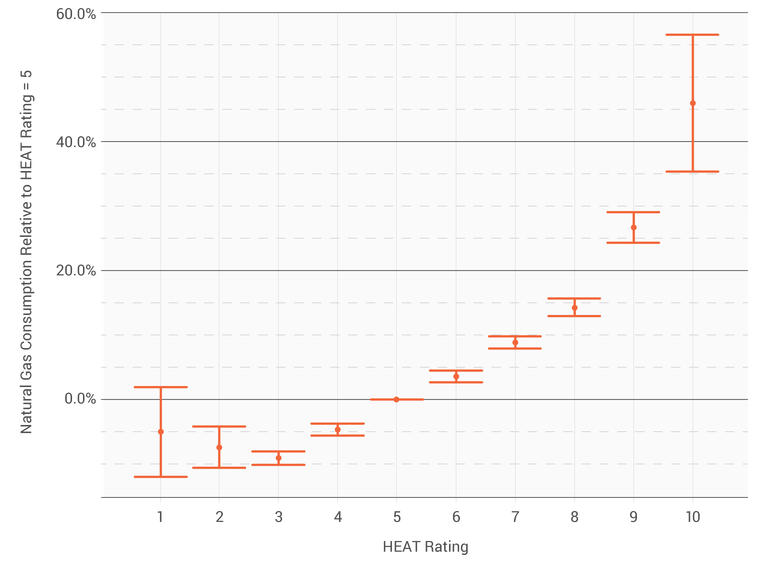 Thermal data collected for an entire city, from an aircraft 4,000 feet in the air, can provide an accurate measure for thermal efficiency. Due to the mass data acquisition, it is a cost effective method to acquire an indicator of thermal efficiency for every building in a city. Compared to a physical inspection, it’s orders of magnitude less.

This also means that aerial thermal remote sensing can be used to aid in energy efficiency efforts by providing thermal data to:

The Covid 19 pandemic impacted all events, including energy efficiency legislation. Since the lockdowns began in the middle of March, government officials suspended traditional legislative sessions and scrambled to implement virtual replacements...