Atmospheric pollution is rising despite huge growth in solar, wind, and storage, noticeable progress with EV’s and microgrids, and efficiency programs claiming as much as billions in reduced energy bills.  The New York Times offered this explanation about the limited impact of clean energy:  “Even with the impressive recent gains for renewable energy, the world is still far from solving global warming……One reason: carbon-free sources like wind, solar and nuclear power aren’t yet growing fast enough to keep up with rising global energy demand…….global coal consumption could stay flat for decades……the average coal plant in Asia is less than 15 years old (compared to about 41 years in the United States). ”

Looking to move past existing options, I’ve found potential by installing high quality thermal systems on existing homes.  In the absence of good thermal performance, space conditioning for interior comfort has become the largest residential energy expense throughout the country.

Due to efficiency trends, thermal performance is hardly affected by hundreds of programs and organizations.  Fortunately, insulation systems that significantly cut thermal leakage have entered the new home market. Using this technology for energy retrofits would be labor-intensive, offering local job opportunity.

Good thermal performance is most effective at times of peak energy use, when a utility’s energy cost is highest. The connection to peak demand creates an incentive for utility investment in thermal retrofits.  With experience from 2 million post-construction scores, the RESNET HERS® Index can assure that improvement from a retrofit is reliably used to cut a utility’s energy expense.

Residential energy codes were established to improve thermal performance by strengthening the barrier between interior space and outside.  Thermal shell standards were developed for underfloor, wall and attic insulation, windows and doors.

Energy conservation programs began in the 1970’s with weatherization crews sealing accessible areas in leaky old homes.  Unfortunately, “Fall Energy Saving Tips” look about the same in 2019 as they did in the 1970’s.  And the continued popularity of this approach to thermal performance is featured in a new TV program called “Weatherization Nation”.

The 1980 DOE report, “Low Energy Futures for the United States” (DOE/PE-0020) offered a glimpse of future homes that went far beyond weatherization-level performance:  “improved design and construction incorporating passive solar, superinsulation, and double envelope construction can greatly reduce energy requirements”.  The 1980 goal of thoroughly separating inside and outside is available on high performance new homes, but leakage from over 100 million existing homes remains a significant element of growing energy demand. 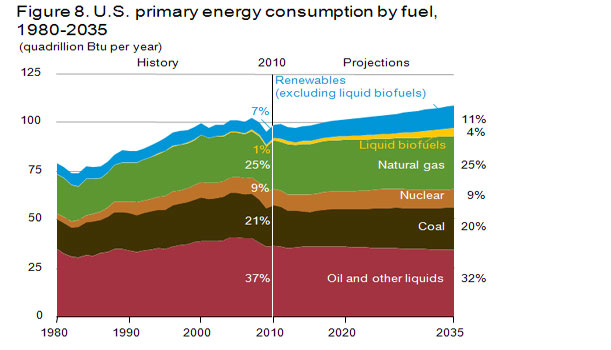 Residential demand has not been curbed because most interior space is surrounded by thermal defects such as lumber, pipes, wires, ducts and electrical boxes.  This is like wearing a flannel shirt when you need a parka.  Leakage can be nearly eliminated by applying high performance “wrap” technology to the rafter/wall structure of existing homes.

With insulation around ceiling joist, a home’s attic becomes hot in summer, pulling cool air from the house.  In winter, the cold attic pulls heated air.  Thermal leakage has become an accepted feature in the residential sector.  Once the thermostat is set, few think about the effectiveness of their home’s thermal shell. 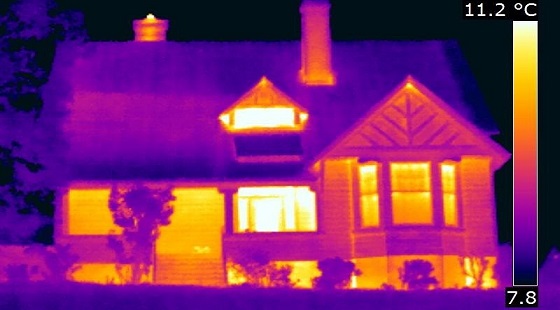 One effort to reach beyond conventional efficiency programs is in Camden, Arkansas.  In 2016, the Ouachita Electric Coop spent $1.6 million on upgrades to reduce energy use by their members.  In contrast to the typical business strategy of selling more, Ouachita offers an incentive for members to buy less.  Without new expense, owners and renters enjoy on-bill financed efficiency upgrades.

Ouachita Electric’s progressive financing model is described in their 2017 report, “Inclusive Financing for Energy Efficiency”.  Regardless of occupant credit, efficiency loans are secured by the certainty of future electricity sales to the home.

The 2017 report ends by looking at a future of “deep energy savings while creating value for all members and fueling local economic development”.  Ouachita Electric could move toward that future by cutting residential thermal leakage. Insulation products (rigid board and spray foam) that reduce a home’s need for energy are available to local contractors.

A utility’s need for long-term reliability creates an incentive to finance thermal retrofits, and a home’s long-term need for energy assures repayment of the loan.  Ouachita General Manager Mark Cayce agreed during a phone conversation: “you’ve opened our eyes to the value of thermal performance for our members…with the local jobs and reduced peak load, we’re taking a close look at this”.

Improved comfort and resilience add value to a thermal retrofit.  Details about the step after weatherization are in “Thermal Optimization:  A Private Sector Program for Energy Efficiency”. Thermal performance is the only option that can reduce residential demand, since the efficiency is from products that don’t require energy.

THE NEED TO REDUCE ENERGY DEMAND

Atmospheric pollution is sprinting from 410 to 420 ppm even faster than the 3 year dash from 400 to 410 ppm.  Natural gas, the primary fuel for residential HVAC, is now driving the US contribution:  since 2016, the bridge fuel has been responsible for more US carbon emissions than coal in addition to significant methane emissions.

Renewable energy is the popular option for balancing supply with growing demand.  Although the cost of rooftop solar is falling, utility scale systems remain expensive, as seen recently in SDG&E’s 400% rate increase proposal.  And few are aware of a 2017 reminder from Solar Daily: “expansion of renewable energy cannot by itself stave off catastrophic climate change”.

While technology continues to develop, thermal retrofits can drop demand closer to a level that renewable energy is able to supply.  Taking residential performance to the step after weatherization is an essential element of a sustainable energy system.