As a part of the 30th Annual AESP Conference in Anaheim, California, this past February, AESP announced the winners of the 2020 AESP Energy Awards. In the time since, representatives from each of these winning teams have been featured in AESP webinars to allow utility professionals near and far to hear more about the great initiatives and gather inspiration from the successes of these industry leaders.

In an effort to spread these great stories even more widely, Energy Central sat in on these webinars to learn more and contribute a write up to the Energy Central / AESP ‘Energy Efficiency Community’. The next winner to be featured is FortisBC who was recognized for ‘Outstanding Achievement in Non-Residential Program Design & Implementation’ for their Social Housing Retrofit Support Program.

FortisBC was represented on this webinar by Ariana Arguello to share how a partnership across utilities, social housing agencies, and government entities was able to accomplish more than the sum of those individual parts could have. Launched in February 2018, this program was intended to support social housing providers in British Columbia to conduct energy efficiency retrofits. By bringing together the multiple funding partners under one umbrella, participants had access to a single application, one-stop shop that could offer guidance at every step of the journey. The cost of the energy study and engineering implementation was split among the partners (FortisBC, BC Hydro, CleanBC, BC Housing, and BC Nonprofit Housing Association), which allowed both electricity and gas efficiency to become a priority in BC’s social housing stock.

While bringing these partners from different corners and sectors together empowered greater action and follow through, Ariana noted that it was not without its challenges, and the ways in which they fostered collaboration are what made the program unique and a success that others should track and replicate. The program was developed in partnership using design thinking. During the design thinking process, Ariana noted the importance of allowing for a nonlinear and iterative process, one that almost felt like a rollercoaster of divergence, convergence, divergence, convergence, etc.

This program was also administered in partnership. The utilities provided the guidelines and rebates, the social housing agencies identified eligible applicants and shepherded them along in the process, and the government provided funding for electrification measures. Such collaboration required those involved to get together a few times a  year to take stock of where the program was going, what the needs were, and identify ways to fill gaps.

Since the program launched, the participant rate has seen a 400% increase. Ariana noted that a cornerstone to that success was collaboration. To successfully collaborate, though, clarifty and agreement on shared goals were key, and communication was paramount. Similarly, those involved had to trust a non-linear thinking process, which is unconventional in the utility sector but was critical to identifying new and important opportunities that would appear. Overall, being open to experimentation or trial & error elevated this program to new heights, making it a critical roadmap that other utilities and stakeholders can follow to replicate that success.

With the results of the recent presidential election and a renewed focus on rebuilding of the post-COVID economy, it’s clear now that jobs in the energy efficiency industry are poised for significant growth. That’s why it is so important to focus..

Customers might spook when they see "data share," however. It will be important to reassure the customer that the only data being collected is related to energy consumption and that it won't be used for anything else but saving them money and..

I love these programs-- customers get the 'warm and fuzzies' that their utility is a partner who is looking out for them, while utilities get the... 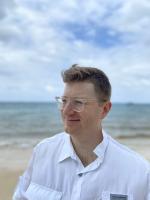 According to this statement from...

Matt commented on ...
How Biden Wants to Promote Energy Efficiency

Odd-- I don't see any mention of those tiny, tiny windows President Trump said would be a part of a Biden building efficiency plan! 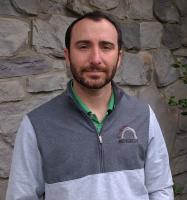 Jon commented on ...
US Department of Energy Focuses on Energy Efficiency

Nice article, thanks for sharing!  Hope it is succesful.