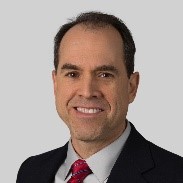 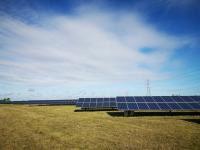 Earlier this year at the 30th Annual AESP Conference in Anaheim, California, AESP honored the eight winners of the 2020 AESP Energy Awards. These awards were given to utilities who are blazing new path towards the future and creating replicable roadmaps for others to do the same. Recently, AESP also hosted a series of webinars for these award winners to discuss their projects and share their insights with the greater community.

AESP is a proud partner of Energy Central’s ‘Energy Efficiency Community’, and so we wanted to also give a tip of the hat to those award winners by listening in and sharing a quick summary and some key lessons learned from these webinars. As these overviews get published, you can keep track of all of them here. The next one we’d love to share about is the Eversource ConnectedSolutions Demand Response Program, which was honored by AESP as ‘Outstanding Achievement in Residential Program Design & Implementation.’

The Eversource ConnectedSolutions program was created to extend the capabilities of and innovate on top of the existing Bring Your Own Device (BYOD) model of traditional demand response programs. With a goal of maximizing customer enrollment and satisfaction, Eversource paired a customer-centric approach with innovation in DER management technology by diving in to better understand customer behaviors, the performance of different DER dispatch strategies, and the capability of demand response in the grid of tomorrow.

Customers were clearly excited about these programs, as within a month of launching they had over 10,000 devices on board. In fact, the opt out rate was only 13%, and by the end of year one they had achieved their 3-year enrollment goal. By listening to customers, making the program as easy as possible on them, and making the impact felt by customer minimal, they were able to reduce demand effectively during peak hours, as shown below:

Joana shared some of Eversource’s key takeaways from their initiative, which included:

If your organization is looking to expand its demand response offerings, you may want to consider replicating some of the success of Eversource, as their honor of ‘Outstanding Achievement in Residential Program Design & Implementation’ was clearly no accident!

New technologies, operational strategies, and customer engagement programs are constantly being added to the toolbox of utilities and their load management partners. Rather than looking at the grid as pure and simple building of generation so it..

Get a Load of This! Monthly Digest of Insights Shared by Your Peers in the Energy Central Load Management Group – January 14, 2021

Load management encompasses the critical strategies of ensuring that power supply and demand meet cleanly at a point that doesn’t stress the grid or cause financial stress on utilities or customers, an area that will be of increasing importance..

The Kaua‘i Island Utility Cooperative and The AES Corporation are teaming on a solar and pumped-storage hydropower project to help meet peak evening load on the island of Kaua‘i.

Jim commented on ...
Bringing the Tesla Model 3 electric motor as the next work horse into the industry

Norbert, you are very right that energy efficiency is the key to affordable energy use and small light long lasting equipment.

Roger commented on ...
Bringing the Tesla Model 3 electric motor as the next work horse into the industry 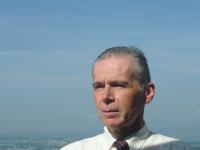 Norbert commented on ...
Bringing the Tesla Model 3 electric motor as the next work horse into the industry

Hi Matt, the post was focused on the application of this new motor to the industries, but your question is very good.

Matt commented on ...
Bringing the Tesla Model 3 electric motor as the next work horse into the industry

Do you think perhaps there need to be some public incentives to get the energy managers of the world to consider the benefits of installing...