The World Should Go for Zero Emissions, Not Two Degrees

Two years after the climate summit in Paris, euphoria has largely evaporated, writes Oliver Geden, Head of Research Division EU/Europe at the German Institute for International and Security Affairs (SWP). There has been little sign of additional ambition in climate change mitigation since. One fundamental reason, according to Geden, is that the target of “holding the temperature increase to well below 2 degrees Celsius” does not commit countries to any specific action. The objective should be changed to a zero emissions target. This would provide clear, transparent directions and make critical evaluation possible. The EU, notes Geden, could start by setting the right example.

Until the Paris Agreement was adopted in December 2015, the United Nations climate change mitigation policy had only one objective: holding the temperature increase to below two degrees Celsius (°C). In Paris the target was slightly tightened (“well below 2 °C”), and, following pressure by developing countries, it was agreed to pursue efforts to limit the temperature increase to 1.5 °C.

The 21st Conference of Parties (COP21) to the UN Framework Convention on Climate Change (UNFCCC) also decided on a third climate-protection target, namely “to achieve a balance between anthropogenic emissions by sources and removals by sinks of greenhouse gases in the second half of this century” (Article 4).

With a 2 °C target, it is relatively easy for governments to support ambitious global targets while doing little against national climate change in practice

This statement is generally interpreted as targeting greenhouse gas neutrality or zero emissions. It does not mean that all emissions without exception are to be reduced to zero. In some areas, this would be technically impossible (e.g. agriculture); in others it would be too complex or costly (e.g. aviation). The term of balance, which is central to Article 4, refers to the concept of compensating for residual emissions by using technologies that can extract emitted carbon dioxide from the atmosphere (carbon dioxide removal, CDR).

The hierarchy of the three mitigation targets remains unclear. The political and scientific debate has so far been dominated by the two temperature targets. The text of the Paris Agreement also explicitly declares that the purpose of the zero emissions target is to meet the 2 °C and 1.5 °C objectives.

Clearly, these temperature targets can only be attained if global emissions do drop to zero eventually. However, the vague time frame of “in the second half of this century” leaves substantial room for manoeuvre in climate policy. Nor has climate science unequivocally identified the point in time by which global greenhouse gas neutrality would have to be established to attain the Paris temperature targets. All statements on this subject are based on assumptions that the political sphere rarely reflects on, or in some cases does not even know.

Mitigation efforts can only be critically evaluated at the global level. No single country can be made responsible for the looming breach of the 2 °C or 1.5 °C target

Not least is this due to the way the temperature targets have been defined. Despite widespread assumptions to the contrary, in climate policy 1.5 °C can no longer be interpreted as a strict limit that must not be exceeded at any point: average temperatures have already risen by about 1 °C above pre-industrial levels. All scientific scenarios accept that there will be a temporary “overshoot” of the temperature threshold, but disagree about its extent and duration.

Whilst the Paris Agreement is rightly viewed as a diplomatic breakthrough, little has happened since then in terms of the enormous mitigation challenges. While emissions have been basically flat between 2014 and 2016, recent projections foresee an increase of 2 percent in 2017.. Even in the unlikely event that all the Paris signatories fulfil their voluntary national pledges, emissions would still be expected to continue rising until 2030. The UN environment programme UNEP predicts a temperature rise of 3.2 °C by 2100 – in other words, well above the agreed thresholds – unless the current climate policy course is changed. 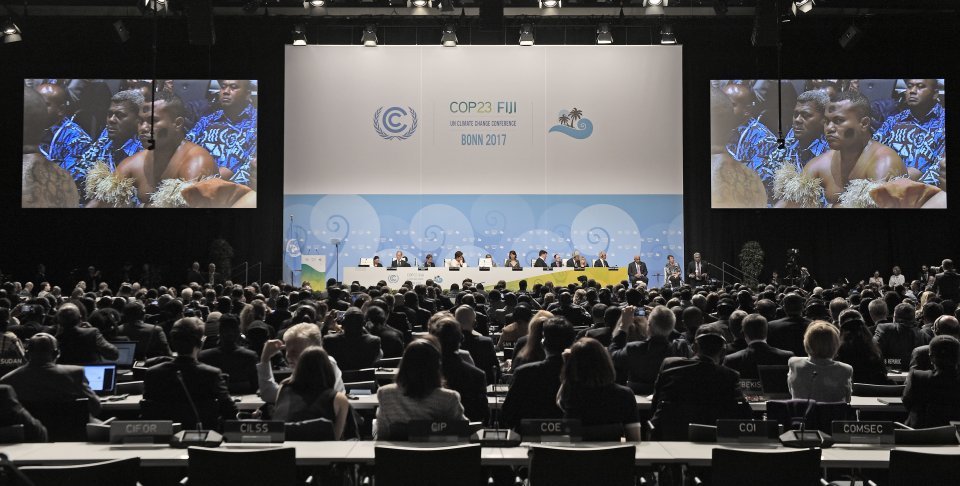 Long-term climate policy only works if it pursues ambitious objectives. These also need to be precise, evaluable, attainable and motivating, or they will remain ineffective. A problem-centred temperature target such as 2 °C can easily be communicated as the threshold to dangerous climate change. However, it clearly lacks the necessary characteristics to actually guide the actions of governments and business as well.

Even if targets such as “well below 2 °C” or 1.5 °C were defined more precisely – for instance, if no temporary overshoot was allowed for – it would not change the fact that temperature targets are directed at the earth system as a whole. They do not state the amount of emissions reductions any individual country is supposed to provide. It is therefore relatively easy for governments to support ambitious global targets while doing little against national climate change in practice.

Since the Intergovernmental Panel on Climate Change (IPCC) declines, with good reason, to deliver a scientific formula for fairly distributing mitigation obligations among individual states, every government is able to declare confidently that its national pledges are in line with global temperature targets. As it stands, mitigation efforts can only be critically evaluated at the global level. However, no single country can be made responsible for the looming breach of the 2 °C or 1.5 °C target.

Compared to temperature thresholds, targeting greenhouse gas neutrality is noticeably more precise, easier to evaluate, politically more likely to be attained and ultimately more motivating too. Since this goal directly tackles the actions perceived as problematic, their effectiveness at steering policy can be expected to be much greater than “1.5 °C” or “well below 2 °C”.

A zero emissions target shows the policymakers, the media and the public fairly precisely what needs to be done. If global greenhouse gas neutrality in the sense of Article 4 of the Paris Agreement is interpreted to mean that all signatories have to gradually reach “net zero” between 2050 and 2100, then they must all be measured against the same yardstick. Any differentiation between these obligations – for instance, between industrialised nations, emerging economies and developing countries – can only occur along the time axis. Under the “bottom-up” approach of the Paris Agreement, governments make that decision for themselves.

Each country’s emissions must first peak (which is already the case for 49 of them), then continually decrease and finally attain zero. Measured against this target, it is easy to make mitigation action transparent – not just of national governments, but of cities, economic sectors and individual companies as well.

Whoever ignores the target will not be able to deceive others: it is relatively easy to ascertain whether the respective emissions are going up or down. Wherever greenhouse gas neutrality becomes the socially accepted norm, new fossil-fuel infrastructure would be very hard to justify.

A zero emissions vision could also kickstart a race to reach the zero line before others. Some countries have already taken up the challenge. Sweden, for instance, hopes to reach zero by 2045. The United Kingdom has at least declared its willingness to announce its zero emissions target soon.

Whoever ignores the target will not be able to deceive others: it is relatively easy to ascertain whether the respective emissions are going up or down

Obviously, even a zero emissions target is no guarantee that all emissions reduction measures will be implemented as planned. Given the perspective of several decades, such a guarantee cannot exist. Since greenhouse gas neutrality is primarily about setting a clear direction, rather than positing an imaginary border between “acceptable” and “dangerous” climate change (namely 2 °C), its attainability is not a question of either/or, but of sooner/later. It thus avoids definitive failure, which would have a demoralising political effect.

But targeting zero emissions would provide clear and transparent directions for all relevant actors. It would bring out inconsistencies between talk, decisions and actions much more clearly than temperature objectives such as 2 °C or 1.5 °C can.

The UNFCCC should therefore give the target of greenhouse gas neutrality much more weight in future. It could start with the facilitative dialogue planned for 2018, whose rules are being set at the COP23 in Bonn. The dialogue is intended to boost countries’ ambitions and to lead to strengthened  ‘nationally determined contributions’  under the Paris Agreement. 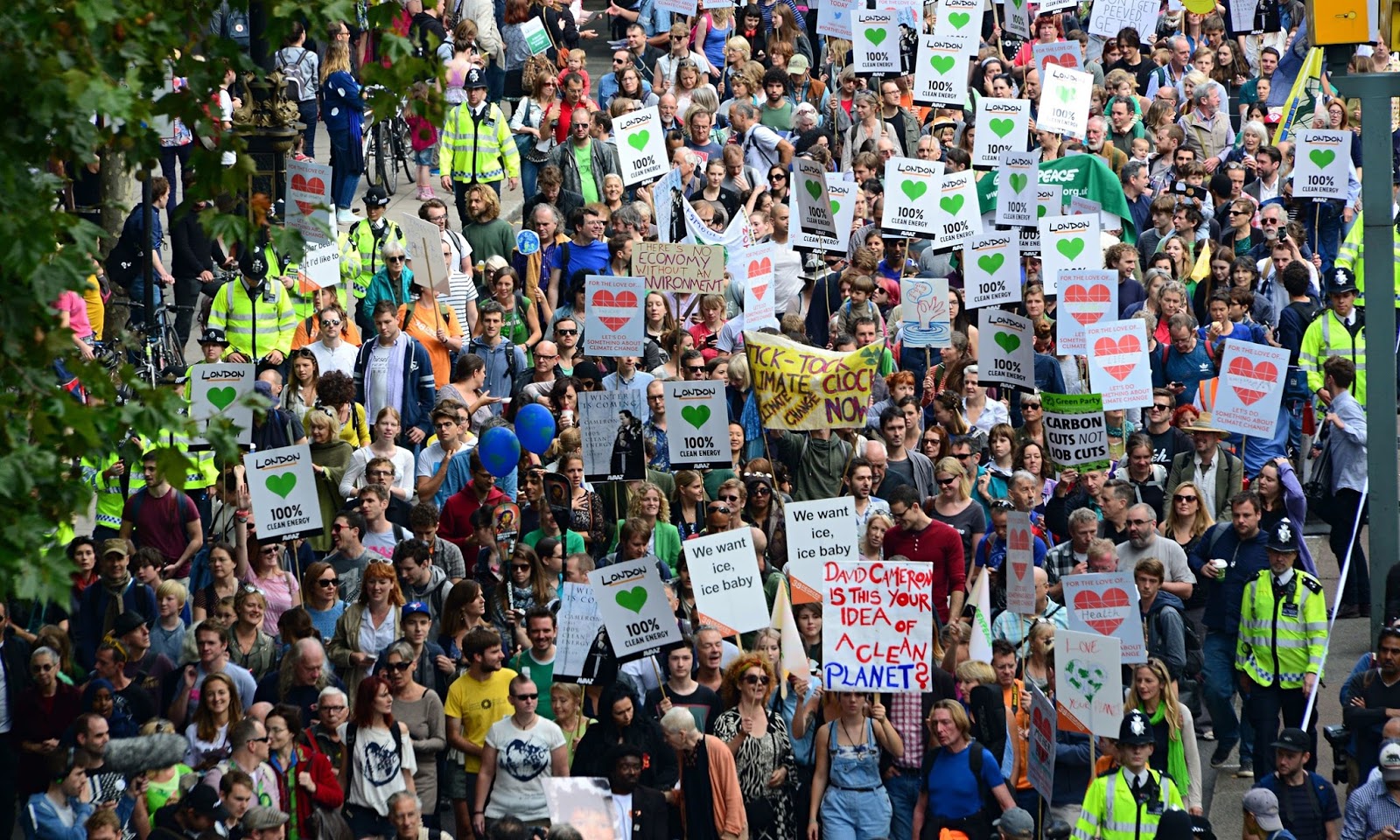 For the EU – which, like Germany, currently pursues the target of reducing its emissions by 80 to 95 percent by 2050 – zero emissions would be the next logical step. Longstandig climate policy pioneers cannot seriously question the principle of aiming for zero. But deciding on the exact timing would be politically controversial. Currently, it seems unrealistic for the EU to agree on 2050 as a target year (as recently suggested by the European Parliament’s ENVI and ITRE committees, in their vote on the governance of the Energy Union on 7 December).

In 2018 the debate about long-term EU climate targets should regain momentum, fostered by the new version of the Climate Roadmap first presented in 2011, which is expected in autumn 2018. The European Commission’s planning document follows the publication of the IPCC Special Report on the 1.5 °C target and should be seen as the European contribution to the “facilitative dialogue”, which will conclude in December 2018 at the COP24 in Katowice, Poland.

Setting a target of greenhouse gas neutrality would conceptually change European climate policy in two ways: it could become both more ambitious and more pragmatic

However, it is not the Commission which will be making the decision on the EU’s new long-term strategy, to be submitted to the UNFCCC by 2020. Its roadmap is merely a carefully calculated proposal. The final decision rests with EU member states; de facto it is likely to be made by the European Council. It is reasonable to suppose that the German Federal Government will champion an ambitious target at the EU level, which it will then transpose into its national climate policy as well.

Setting a target of greenhouse gas neutrality would conceptually change European climate policy in two ways: it could become both more ambitious and more pragmatic. The target of an 80 to 95 percent emissions reduction (usually paraphrased in Germany as “extensive greenhouse gas neutrality”) allows many businesses and member states to  see a substantial share of their emissions as part of the remaining five to 20 percent, to suggest that they are only partially affected by the current climate policy pathway.

This is especially true for industries and member states where very ambitious reduction measures encounter substantial technological, economic or political obstacles. This constellation is also advantageous for proponents of “extensive greenhouse gas neutrality” in that they can focus their proposed solutions essentially on expanding renewables and increasing energy efficiency. They do not need to discuss unpopular and costly measures – such as capturing and storing CO2 in industrial processes, and using synthetic fuels or negative emissions technologies. A reduction target of 100 percent would push both sides out of their comfort zone and greatly increase the level of seriousness in climate policy.

This article is a shorter version of the full article that was first published on SWP Comments. It is republished here with permission.