The Wise County coal plant should never have been built. Why fight to keep it open?

The Virginia Clean Economy Act continues to bump along towards the finish line, losing pieces of itself but picking up new and different features as it makes its tortuous way.

Most recently, and disconcertingly, Republicans representing southwest Virginia persuaded the Senate to remove a key provision requiring the closure of the Virginia City coal plant in Wise County by 2030, unless it reduces its carbon emissions by 83% through the carbon capture technology it was designed for. The change would undermine the carefully-negotiated pathway to a zero-carbon electric sector.

On Tuesday the House rejected the Senate version of the bill that would have allowed the plant to continue operating until 2050. The Senate will have the final say, but it can only save the coal plant by killing the legislation altogether.

It’s understandable that senators want to please everyone, or at least everyone with a lobbying presence at the General Assembly building. Yet the case for keeping the coal plant running is built on a lie — indeed, on a history of lies.

Coal champions call the Wise County facility “the cleanest coal plant in the country,” a claim that, at best, misses the devastating environmental and human impacts of coal mining itself. More to the point right now, the claim ignores the fact that the facility emits millions of tons of CO2 every year, the very reason it needs to be retired by 2030 in order for the Clean Economy Act to deliver on its carbon-cutting mission.

And while coalfield Republicans emphasize the coal plant’s economic benefits to the region, the fact is that the plant never made sense economically and should never have been built. Trying to keep it running will simply burden ratepayers further.

In 2007, when it sought permission from the State Corporation Commission to build the plant, Dominion projected the cost of the electricity it would generate at $93 per megawatt-hour. Yes, that’s high. Even 13 years later, wind, solar and combined cycle gas still come in at under $40.

Worse, Dominion based its cost on a projection that the plant would run at 90 percent of its full capacity. It never did. The plant is running at only 24 percent today. If Dominion had accurately represented that the capacity percentage would not exceed the mid-60s and would plummet into the 20s a mere seven years after it entered service, the cost projection would have been a good deal higher.

The SCC only granted Dominion permission to build the plant for a reason that will sound familiar to anyone following the debate over the Clean Economy Act: The General Assembly passed a law proclaiming construction of a coal plant in southwest Virginia “in the public interest,” removing the SCC’s authority to make that determination.

Yes, the General Assembly’s habit of bossing the SCC around with these magic words goes back quite a ways.

Legislators weren’t the only ones championing the coal plant back in 2007. In her book Climate of Capitulation, retired University of Virginia professor and former State Air Pollution Control Board member Vivian Thomson describes how then-Gov. Tim Kaine put enormous pressure on the Air Board to approve the air permit for the facility. Not incidentally, Dominion’s chief lobbyist, Bill Murray, worked for Kaine during these years, before he made his way through the revolving door.

Dominion has sometimes suggested that it pursued the coal plant only as a favor to legislators. I asked Thomson about that in a phone call. She responded that on the contrary, the plant is a prime example of how Virginia Democrats and Republicans alike have capitulated to Dominion’s interests over the years.

Perhaps Dominion was angling for some pot-sweetening through a show of reluctance. The General Assembly obliged, of course, promising Dominion a higher rate of return than usual. And indeed, the SCC eventually granted Dominion an enhanced rate of return of 12.12%.

The SCC’s approval of the plant outraged consumers and environmentalists alike. Attorney Cale Jaffe, who represented environmental groups in the SCC proceeding, says it was a bad decision even in the years before Virginia committed to reduce climate pollution.

“All of the concerns and risks associated with the project in 2006-2007 were fully debated and apparent to everyone,” he told me. “The fact that we would be moving to a low-carbon economy made building a coal plant and locking yourself in for decades a risky strategy. The carbon emissions should have led people to look at other options for generating electricity that don’t emit 5.3 million tons of carbon every year.”

It’s remarkable that even today, with coal plants closing across the country and mining companies going bankrupt, legislators from southwest Virginia still can’t bring themselves to break with the industry that has polluted their land and water and shattered their communities. The Sierra Club and its allies tried for years to persuade the General Assembly to redirect millions of dollars annually in coal subsidies, urging that the money could have underwritten thousands of new jobs in a more diverse economy. Legislators kept throwing taxpayer money at coal companies anyway, always with the full support of Dominion.

Now, when it comes to the Clean Economy Act, Dominion wants to have it both ways. During negotiations, the company agreed to the coal plant closures as part of a deal that gave it cost recovery for offshore wind, energy efficiency targets significantly lower than what advocates originally sought, and numerous other concessions. But it turns out company lobbyists were simultaneously working to undermine the compromise bill by encouraging southwest Virginia legislators to push for coal industry protections.

Senators should have none of it. They’ve promised Virginians a bill that responds to the climate crisis by putting the commonwealth on its way to a clean energy future. Today, it’s time to deliver.

This article originally appeared in the Virginia Mercury on March 5, 2020.

Update: on March 5, the House passed the Clean Economy Act; on March 6, the Senate did also, sending the bill to the Governor’s desk. The final version of the bill does not require closure of the Wise County coal plant until 2045. 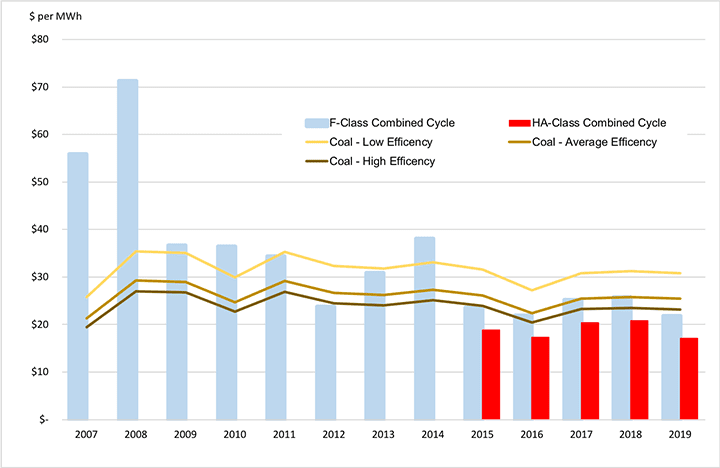 Coal Plants of the Future

Coal is still needed fuel. Coal power plants keep its necessity from its large inertia. This will give an ample room for utilizing wind and solar plants in the electric power system. Therefore some new trends of coal plant design have to be..

To state the obvious, time is running out.

Coal Plants of the Future