Wind vs. Nuclear Energy in the UK: A Question of Scale Occasionally the Google search referrals I get for this blog give me ideas for a post, and today I got a rather topical one. The UK government has just given planning approval for the first new nuclear power plant in almost 20 years, and evidently someone wanted to know the following:

How many windfarms are needed to generate the same amount of power as Hinkley point nuclear plants?

According to the BBC this nuclear power plant will take up 170 hectares of land. For those who don’t understand hectares (and that includes me) this is 1.7 square kilometres, and from the air will look something like this:

So, how big would a wind farm need to be to provide as much electricity as Hinkley C? The plans are to have two 1.6 GW reactors on site. These will likely have capacity factors somewhere between 80 and 90%. So, the average power output from the plant should be at least 2.6 GW. Let’s use the London Array offshore wind farm as a starting basis to see how big a wind farm would need to be to match it. The London Array is a 630 MW wind farm, covering an area of 100 square kilometres just off the English Coast. If we assumed a capacity of 35% (I have not seen projections for its capacity factor, but it is not likely to differ too much from this) then its average output will be just over 0.2 GW. So, if we wanted to scale this up to provide as much power as Hinkley C then we would need a wind farm covering about 1,200 square kilometres, which is just a bit less than the area of Greater London.

This of course does not mean that nuclear power is better than offshore wind. There are a range of other considerations. But it is a nice demonstration that large scale renewables will require a lot of land, or sea.

US utility Dominion Energy unveiled plans to build a Jones Act-qualified offshore wind installation vessel to support its growing investment in marine wind projects. The company expects it will be utilized across the USOW industry, not be.. 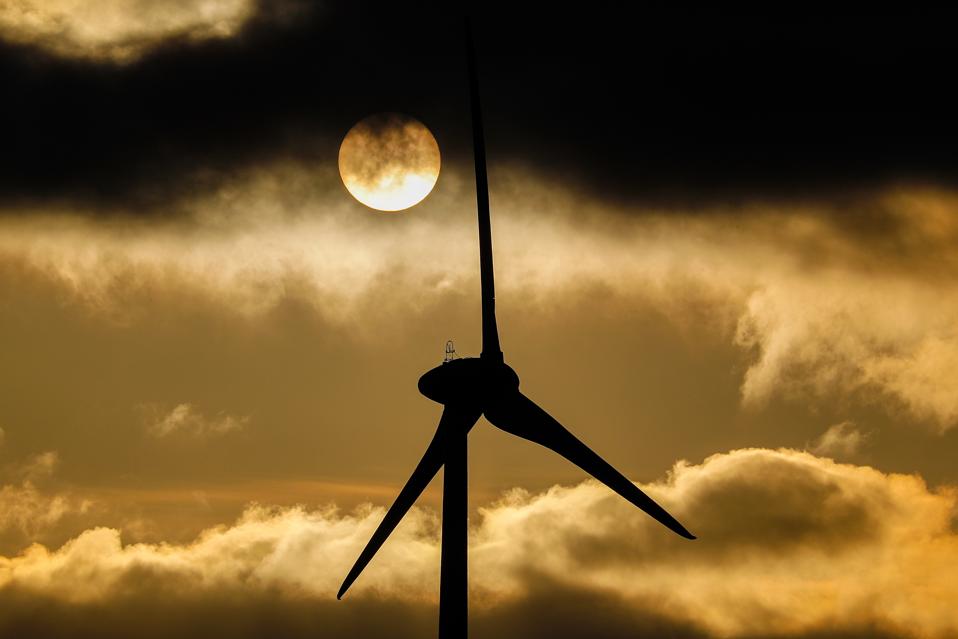 Read this great article. Google and the Google-owned Artificial Intelligence firm DeepMind combined weather data with power data from 700 megawatts of wind energy that Google sources in the Central United States. Using machine learning, they have..