Wind power generation in Sweden is expected to increase by some 70% by 2024 compared with last year's level amid a boom in capacity additions, the Swedish Energy Agency said in an analysis published on Monday.

Wind power generation is expected to rise from 27.4 terawatt hours (TWh) in 2021 to 46.9 TWh in 2024, driven by a strong expansion of installed capacity, according to a biannual forecast published by the government-appointed agency.

Hydropower and nuclear power will remain Sweden's largest and second-largest sources of electricity generation, at a steady 66 TWh and 52 TWh over the period.

Currently in Sweden, Hydro has the largest share of electricity generation followed by Nuclear with Wind in third place. You could say that Sweden has a Hydro-Nuclear-Wind grid.

In 2024, wind will still be behind nuclear but it will be in a much closer close third place just a few TWh behind. By the mid 20s wind will surpass nuclear. The Swedish grid will become a Hydro-Wind-Nuclear grid.

In the longer run as Sweden adds a lot more offshore wind capacity wind will have the dominate share of electricity generation in Sweden.  Sweden will then have a Wind-Hydro-Nuclear grid.

Below is a separate article describing future offshore plans.

The Swedish Energy Agency will now, together with other relevant authorities, start the process of identifying suitable areas to enable an additional 90 TWh of electricity production at sea, the government said.

The Swedish Energy Agency’s assignment will be reported no later than March 2023. The Swedish Maritime Administration’s proposal must be submitted to the government no later than December 2024.

Wind power generation in Sweden is expected to increase by some 70% by 2024 compared with last year's level amid a boom in capacity additions, the Swedish Energy Agency said in an analysis published on Monday. 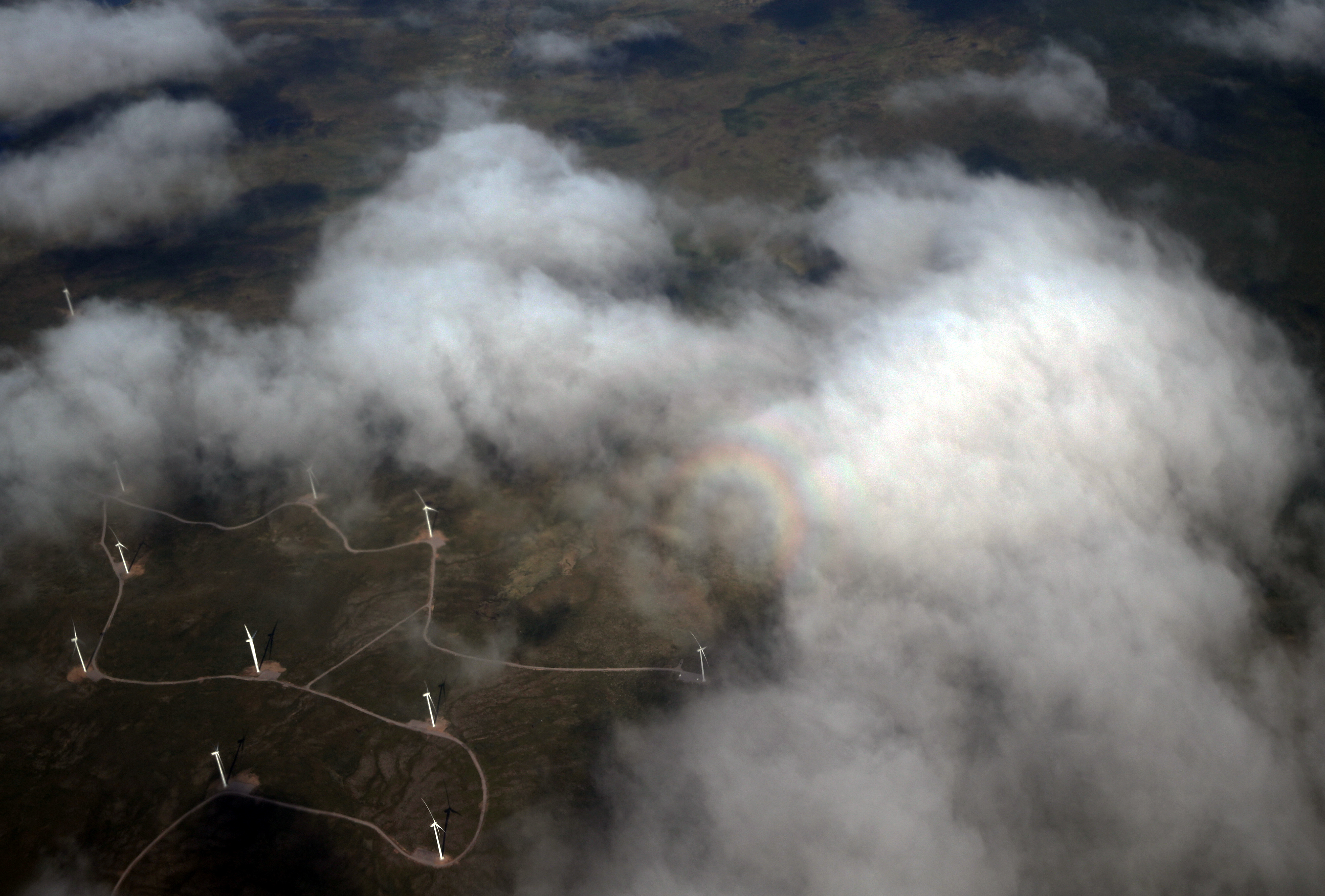 No doubt that Sweden could use its massive 40% hydro fraction to smooth the variations from a substantial windpower fraction.  Of course its neighbors may also be building their windpower capacity.  Being geographically small countries, windpower output in Sweden will likely have sub-hourly peaks and troughs that strongly correlate with that in near-by Denmark and Northern Germany.

Sweden is a major electricity exporter, so they'll be keenly aware of cross-border pricing.  Their electricity exports will likely fetch higher prices if they are not correlated with their neighbor's windpower.  So growing their nuclear fleet could be a more economical solution.

In fact, Sweden is funding a domestic nuclear reactor development.

Also, Joe, I did not see this quote in the source article, "By the mid 20s wind will surpass nuclear."  You may have mis-represented the Reuter article.

Sweden is a major electricity exporter, so they'll be keenly aware of cross-border pricing.  Their electricity exports will likely fetch higher prices if they are not correlated with their neighbor's windpower.  So growing their nuclear fleet could be a more economical solution.

I agree that Sweden will optimize its exports to make the most money they can. Perhaps Sweden will use hydro as a battery to accomplish this.  I also think Sweden's electricity usage will grow as its moves to EVs and electrifies its industries.

However, unless I am missing something there is no major nuclear reactor under construction in Sweden. While it is nice they they will be building a small 3-10 MW pilot nuclear plant with an expected go live of 2030 - that is eight years away and too small to matter. In the meantime Sweden appears to have decided that wind is the currently the more economical solution.

Also, Joe, I did not see this quote in the source article, "By the mid 20s wind will surpass nuclear."  You may have mis-represented the Reuter article.

Huh?  Reuters quote section was up top and my discussion of it below,

If wind reaches 47 TWH in 2024 as the Swedish Energy Agency predicts then the the remaining 5TWh gap between wind and nuclear will easily be made up in 2025 or 2026.  Why would wind projects "magically" stop after 2024?  I am stating the obvious.  Do you expect wind generation to stop growing after 2024?

In the above I also included a link to another article which talks about plans to expand offshore production to 120 TWh/year.  Just a reminder nuclear generation is 52TWh/year.

Sweden currently has a tiny amount of offshore wind. The Triton project - 1.8 GW of capacity and a predicted 7.5 TWh of generation a year will be one of the first large offshore projects to come online.

Obviously, you don't just jump to 120 TWh offshore wind. This will involve multiple projects/phases. Some of these projects will push wind past nuclear in the mid 20s.  Here is an example of one such possible project - 5,500 MW Wind Project Offshore Sweden Reaches Development Milestone. Projected to generate 24 TWh/year.

One last item on wind in Sweden. The data for January 2022 is out.  Wind generation is off to a good start. Wind growing - nuclear flat. 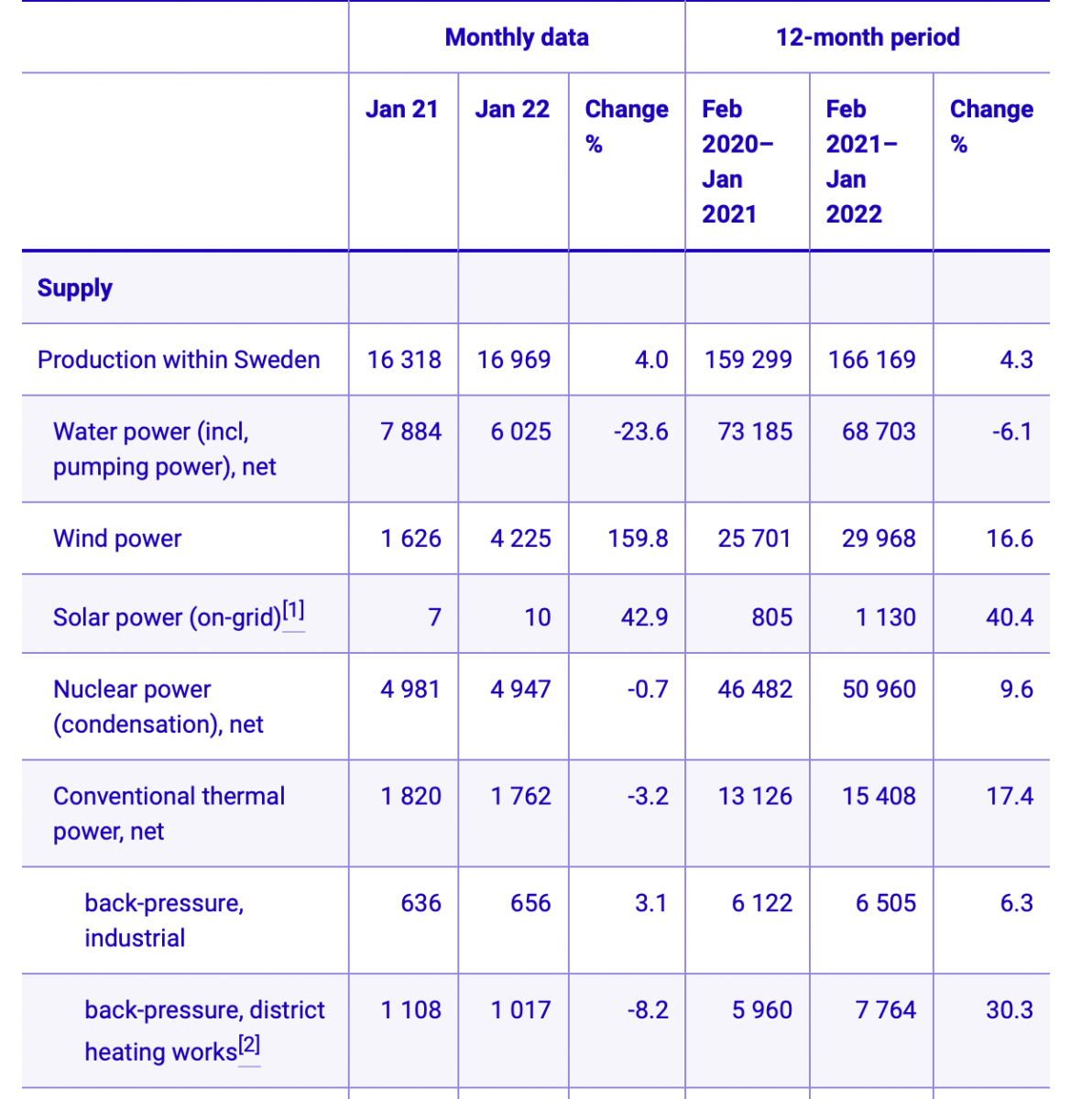