Why Disposing Of Nuclear Fuel Is Not A "Subsidy"

One thing that tends to raise my hackles without fail is when the inevitable game of “Name the Energy Subsidy!” comes up, somehow the issue of spent nuclear fuel disposition gets lumped in. Namely because spent fuel management is pretty much the opposite of what is typically thought of as a “subsidy.”

To give some background – prior to 1982, the management of spent nuclear fuel was the sole province of nuclear generators. In this regard, coupled with the dual expectation that uranium resources would be relatively scarce and that fast “breeder” reactors would be used to create a virtually inexhaustible source of plutonium-based fuels from non-fissile U-238, the nuclear industry began private-sector arrangements toward chemical reprocessing and recovery of uranium and plutonium from spent fuel. (This still leaves the issue of locating a high-level waste repository for the remaining radioactive materials not recycled, however the mass and volume of said materials would be substantially reduced).

This continued until 1976, when President Ford issued a temporary moratorium on civilian reprocessing of spent fuel, followed by President Carter’s (infamous) 1977 executive order permanently banning it, based on international nonproliferation concerns. (Reagan would later reverse this order, but the damage by that time had been done). This came just as plans were underway to by Allied General Nuclear Services open a relatively advanced reprocessing facility in Barnwell, South Carolina. Ford’s (and subsequently Carter’s) executive orders came after $500-700 million had already been committed to the Barnwell facility. It is one of many sobering lessons in the history of the nuclear industry how mercurial shifts in politics can bring about financial ruin when dealing with capital-intensive investments.

Fast-forward to 1982 – faced with a crisis in managing spent fuel brought about by the sudden halt in the domestic reprocessing industry, Congress passed the Nuclear Waste Policy Act of 1982. One of the main provisions of this act is that the federal government assumes the role of locating and constructing a suitable geologic repository for the permanent disposal of spent nuclear fuel. (The subsequent 1987 amendments, termed the “Screw Nevada” bill, amended the 1982 Act, short-circuiting the site selection process to designate Yucca Mountain as the sole candidate site, in part due perceived cost savings by narrowing down the site selection process.)

[As an aside, there are two excellent articles I can recommend to those more interested in a full treatment of the history of how we came to where we are today – the first, “The U.S. Spent Nuclear Fuel Policy: Road to Nowhere” by James M. Hylko and Dr. Robert Peltier, PE, which focuses more on the chronology of U.S. high-level waste management, and the second, a recent article in The New Atlantis, “Yucca Mountain: A Post-Mortem” by Adam White, which delves more into the politics of Yucca Mountain.] 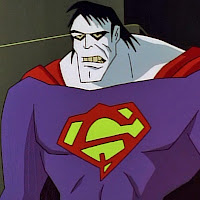 However, a key facet of this bill which is often overlooked is the fact that the industry is required to pay for the cost of disposal; specifically, they pay a fee of 1 mil/kWh ($1/MWh) of nuclear electricity generated. In other words, the Nuclear Waste Policy Act is by its very nature a “polluter pays” arrangement (which really, is as it should be). To date, the Nuclear Waste Fund has accumulated nearly $30 billion (accounting for accumulated interest), while spending about $8 billion on site characterization for the Yucca Mountain Project. Only in Bizarro-world is a net payment of $22 billion from the utilities (and, by proxy, electricity consumers) to the federal government considered a “subsidy.” One can quibble over whether the sum is sufficient – right now the fee generates about $750 million per year – but the fact is, no one’s getting a free ride on that front.

So I was somewhat distressed to see the waste “subsidy” canard come up this discussion of energy subsides over at Scholars and Rogues. Specifically, a couple of quotes jumped out at me:

The continuing cost of such temporary storage, and the nearly $100 billion needed for “research, construction and operation of the geologic repository over a 150 year period” at Yucca Mountain, is a subsidy for the nuclear industry.

Fifty-five thousand tons of spent fuel rods, with no permanent home in sight, suggest nuclear subsidies will continue. But before Congress, presumably with White House “cooperation,” ends any energy subsidy, perhaps they’ll take time out from their internecine bickering to actually produce a coherent national energy policy that reflects all available technologies and considers the viability of energy technologies in light of fossil fuel emissions decimating the global climate.

Huh? In what universe is an industry tasked with the responsibility of paying for its own waste disposal (particularly after the utter and repeated failure of the federal government to live up to its contractual obligations with utilities) a “subsidy?” Much of the rest of the article contains some risible arguments about subsidies to the nuclear industry (the value of the Price-Anderson Act is a contentious issue, namely because while it does act as a liability backstop for nuclear accidents, not a single dime has ever been paid out under the act; further is the cross-insurance requirement that literally guarantees “an accident anywhere is an accident everywhere”); however, given that I have a day job, I really didn’t feel like debating every single claim. Needless to say though, the issue about calling waste management a “subsidy” struck me as profoundly incorrect.

I will leave the debate over some of the “subsidies” you bring up for others, but there is one major issue I must take issue with – you state the cost of spent nuclear fuel storage is a cost borne by taxpayers (i.e., a subsidy). This is most explicitly not true.

First, the cost of on-site storage is explicitly paid for by the generating utilities (i.e., under the law, this is their obligation) – not the federal government. Second, per the Nuclear Waste Policy Act, nuclear operators have been required to pay a fee of 1 mil/kWh of nuclear electricity generated (i.e., $1/MWh) to cover the costs of geologic disposal. (Per the NWPA, the federal government assumed the responsibility for permanent geologic disposal – in 1987, this was amended to select the Yucca Mountain site.)

In this time, the federal government has collected nearly $30 billion (including accumulated interest) from the utilities to cover the costs of Yucca, with about $8 billion being spent in site characterization. This most certainly does not look like a subsidy in the conventional sense.

One can argue whether the nuclear waste fee is sufficient to cover future costs – at present, the waste fund accumulates about $750 million per year, and will continue to do so as long as the reactor fleet operates. One could likewise argue with your characterization of “no permanent solution” – geologic disposal, by its very nature, is designed to be a “permanent” solution, namely by placing spent fuel in long-term isolation from humans and the environment. And this is not the only waste disposition strategy available – other strategies, like reprocessing to separate out shorter-lived fission products from still-useful actinides can both substantially reduce waste volume and the overall long-term radioactivity (i.e., the actinides, like Pu and other fissionable heavy metals, are the majority of the “long tail” of radioactivity in spent fuel – nearly all of the rest is gone after around 300 years). However, I would also point out that it was political decisions by the federal government in the 1970s that ended U.S. reprocessing efforts being undertaken by private industry – and thus left the federal government in the role of assuming responsibility for spent fuel disposal.

Overall though, the fact that the nuclear industry is responsible for paying its own way with regards to spent fuel disposal significantly undercuts the argument that this constitutes a “subsidy” in any form.

Meanwhile, what other energy sector requires that hazardous wastes be so methodically isolated from humankind until the end of time? Certainly coal ash has toxic heavy metals (lead and mercury) which never become less toxic, as do older generations of photovoltaic cells. I don’t say this to diminish the challenge in responsibly managing nuclear waste, but rather to point out that this is a more universal problem – the only difference is that nuclear is the only sector actually held to account for this negative externality, including paying for the actual costs of permanent disposal.