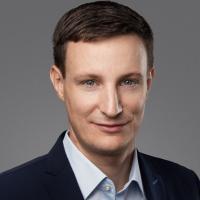 Stefan has 11 years experience in B2B Sales & Marketing in the energy field and is very experienced in product commercialization and NPI programs 2008 to 2014 – Several Marketing and ...

Whoop, whoop – Bavaria is now a forerunner of the Energy Transition! ;-) Uh wait, that was my first thought when I was invited to the meaningful event called ‘Energy Summit Bavaria’. But unfortunately it was not confirmed.

Yesterday, the first day after my holidays, I had the pleasure of attending this event in Munich with many representatives from associations, institutions and relevant stakeholders such as the TSOs and DSOs operating in Bavaria, utilities and many members of the Ministry of Economic Affairs. Almost 100 people in total. The event competed with the well-known startup conference Bits & Brezels, which took place at the same time in Munich. Therefore only a few journalists and a handful of young Friday-for-Future activists found their way to the summit.

Our Bavarian Minister of State Hubert Aiwanger gave the opening speech, emphasizing that the energy transition in Bavaria needs new and fresh ideas. Overall, the objectives of a safe, affordable and sustainable energy system should be achieved through increased integration of renewable energies and decentralized generation. The process started in December 2018 (as I was only invited to the results meeting, I cannot report on the entire process) and in the last months four working groups have tried to harmonize all concerns and interests to go forward with the energy transition. Working Group 1 (WG1) was working on the extension path for RES, WG2 was in charge of energy efficiency and savings, WG3 of demand and generation flexibility especially energy storage, and WG4 was looking at the grid infrastructure including grid resilience and digitization. Each WG leader presented the results in a short presentation, followed by Q&A sessions with lively discussions.

The energy transition is one of the most complex tasks for each regions, country or continent. And it needs very customized solutions based on the environmental conditions or geographies, weather, resources etc. The results of the working groups have been summarised in a 50-page white paper. The results will also be presented by Mr Aiwanger in mid-November in a kind of ‘energy declaration for Bavaria’. Let me try to conclude the most interesting points with few curious highlights.

WG1 focus and main task was to review the potential of the renewable energies (mainly onshore wind and PV) and to give an objective on installed capacity for 2030. Hydro power capacity by 2030 was suggested with 15 TWh/a, which would be a slightly increase of 10 %. PV will become the most important source for Bavaria, as it is foreseen with 30 TWh/a vs. 11 TWh/a at the moment. So, this would be nearly an increase of 300 %. The technical potential was guessed to be between 30 and 200 TWh/a, so several participants argued the 30 TWh/a would be not ambitious enough to cover the energy lack after nuclear and coal phase out. In the white paper it was also mentioned, that churches (!), sights and public buildings should get solar roofs. The plan for wind capacity is positive, but not stringent. Mr. Aiwanger wants to build 300 wind turbines in the next three years. The forecast is planning to go from 5 TWh/a up to 16 TWh/a vs. a technical max. potential of 80 - 92 TWha. In Bavaria the so called ‘10H-Rule’ – distance to housings should be 10 times the height to the turbine – is preventing many onshore wind projects. Many participants claimed to reduce or delete this rule to enable more wind capacity. Otherwise further wind projects are very unlikely. Overall those values are more pragmatic ‘can-be-reached’ values rather than ‘let’s-do-it’.

Now my favorite part of the day. WG2 worked on energy efficiency and energy savings especially in mobility and buildings. Several suggestions were categorized into the following three points such as 1) financial incentives and economic rentability improvement, 2) advanced and improved energy consulting services and 3) sharpening and control of regulatory laws. The most special idea was a personal ‘CO2-account’ for every private person to evaluate the carbon footprint. Think about it. Interesting idea, but only possible in China maybe. Overall the planned actions were not sufficient to reach the objectives for Bavaria (as part from Germany) derived from Paris Climate Goals 2015. For this reason, new technologies and innovations need to be supported.

WG3 was covering several topics for demand and generation flexibility. First of all, it was recommended that the electricity price should decreased to the lowest price allowed in the EU to reduce the distortion of the actual cost effects due to taxes, grid fees and more. Second point was the reform of the CO2-taxation with  European coordination. On the distribution grid it needs more incentives for the commercialization of decentralized energy sources especially for Post-EEG-Systems (EEG is the German FIT). The Digitization grid assets, generation and distribution units as well as energy storage systems will allow an intelligent and efficient monitoring and control. This is, what we called ‘Smart Grid’ already ten years ago. Energy Storage was not really discussed in detail, but it had its own chapter and it was agreed, that it will be the most important link to make the energy transition a success. I learned also that the figures for the energy stats in Bavaria are always two years late, meaning the actual planning is based on figures of 2016. PtX and Demand Side Management were reviewed as flexibility options in this chapter, but there are no pilot projects yet.

Finally the WG4 was focused on the grid infrastructure, based on the political and strategic developments in Germany. The time horizon is 2030 and the energy reliability is the highest priority, for Bavaria it should be secured with 1,2 GW additional generation capacity. Further evaluations on the security of supply should be considered. Intelligent concepts and technologies should become an alternative to gigantic HVDC transmission lines. Further initiatives of DSOs with local solutions are welcome and will be supported.

My overall conclusion is, that many topics were discussed during this day and that many parties need to be harmonized. Democracy sounds good on paper but is not the biggest fun part of my job, especially when it comes to local governments and regulators. It was a step further in the process for the Bavarian Energy Transition, now we need to see, what will come on to the agenda of the Bavarian government and transferred into concrete actions. I hope that our innovative and sustainable energy storage technology can support the further process.

Please drop a comment, if this was interesting to read, too short or too long.

My next trip will be to ESNA in San Diego. See you there!