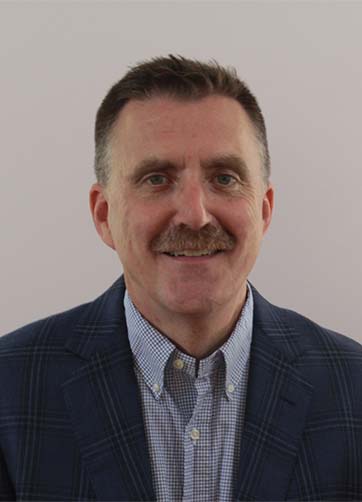 Who Killed the Urban Electric Car?

For cities around the globe, electric vehicles offer one of the most promising options for improving the livability of urban environments. The well-known benefits of switching to electrics in densely populated areas include improved air quality, reduced engine fluid run-off pollution and less risk of ground water contamination from petroleum storage. However, even with their many benefits, electric cars are struggling. A growing number of articles have investigated Tesla’s challenges in breaking into the Chinese car market. What is missing from these discussions is the reality that the same obstacles are limiting adoption of electric transport in most U.S. cities.

The prevailing model for electric car charging is suburban centric. Manufacturers, government entities and charge networks assume home-based primary charging, secondary charging in office building parking lots and occasional supplementary repowering in locations like paid parking garages. As Tesla is finding in China, this concept is completely at odds with the reality of urban car ownership. Large percentages of city dwellers that own cars utilize on-street parking. Owners that do park off-street do so in areas regulated by a myriad of boards, real estate organizations and government entities. The process of getting chargers installed on city streets or in multi-user, multi-owner parking lots often involves navigating a dizzying array of regulations. This does not mention the need for an engineering degree to evaluate if the necessary power requirements can be met. It is unrealistic to assume that even activist early adopters are a match for these formidable hurdles.

Chargers are available in a growing number of for-pay parking locations in cities. And yes, these chargers are an important amenity for suburban drivers who venture beyond their electric vehicle’s normal range to visit cities. However, for residents, the economics of for-pay parking negates the cost benefit balance of electrics. With expensive batteries and new technology, the upfront cost or purchase price of electrics cars look to be higher than comparable internal combustion options for the foreseeable future. Under a scenario where charging options are widespread and powering costs are limited to covering electricity, the higher purchase or lease costs for electrics can be recouped by the price advantage of electricity over petroleum fuels. However, when a daily $30 parking fee is added to access chargers, the cost parity evaporates. This is especially true with current lower gasoline prices.

Assessing the state of charging in my home city of Boston offers a representative window into the present challenges of urban electric ownership in most U.S. cities. The website and smartphone app ChargePoint.com is one of a number of user-friendly resources that feature both map and detailed charger information for existing networks. The site shows where chargers are located, rates how fast equipment can refill batteries and continually updates what chargers are being used. At first glace, Boston would appear well served with charge locations. A closer investigation reveals that all of the chargers within walking distance of the city center and most high-density neighborhoods are installed in parking garages, costing users between $25 and $40 to gain entrance. Although rates drop to between $8 and $20 for nighttime parking, the economics just do not work. When urban car ownership necessitates paid parking, personnel vehicles becomes a very expensive proposition.

Truthfully there is one on-street charge location that is just a block from Boston’s City Hall on Cambridge Street. Unfortunately this location highlights another challenge that electric car owners struggle with: shut off chargers. Charging locations can be left without power for extended periods of time and there is no established procedure for vehicle owners to advocate for the quick restoration of service. In the case of the four chargers on Cambridge Street, they have been out of service for months. As with many locations that have problems, there are no postings to identify that the network provider even knows about the problem. The underlying complication is that charge networks do not own or have responsibility for repairing chargers. The companies are largely just billing firms that handle the back-office accounting for owners. Charger maintenance and service rest in the hands of the real estate companies and government entities that own the sites where equipment is installed. Because networks are competing to enlist charge locations, the companies have been slow to stipulate fast repairs when signing on new sites. For cost conscious electric owners, having a site like Cambridge Street off-line is comparable to loosing the single gas station within twenty miles of a city center – a game changer for transportation.

There is no question that establishing user-friendly urban charge networks is complex. Beyond the physical tasks of installing chargers, there are legal, right-of-way, zoning and power considerations. However, with the accelerating pace of innovation in battery technology, electrics cars are here to stay. Increasingly, 2016 to 2017 are looking to be the tipping point for emissions-free transport with ground breaking new models of the Leaf and Bolt, not to mention the release of the much-anticipated affordable Tesla. In short, manufacturers are doing their part by offering some of the best vehicles ever engineered. Now the problem has shifted to the usability of charge networks.

So who killed the urban electric car? Without increased attention and thoughtful legislation, the cameras for a sequel could well be pointed at the group that has the most to benefit from electric cars: all of us that live in and manage cities.