When the Wind Doesn't Blow

Every morning after I wake up, I have a routine. The first thing I do, regardless of how sleepy I might still be, is slip on my shoes and run a mile. This erases the fog of sleep and gets me ready for the day. As an aside, I can highly recommend a quick run in the morning for just about everyone. The time commitment is minimal, it’s good for the heart, helps with stress, and it kicks the brain into high gear much faster than a cup of coffee can (which I still have later in the morning).

When I am traveling, I will often use a hotel treadmill, and catch up on the news for a few minutes as I run. But when I am in Hawaii, I run outdoors in all but the worst weather. The town I live in — near the north end of the Big Island — is known for the wind. In fact, the school mascot where my children have attended school for the past five years is “Ka Makani”, which means “the wind” in Hawaiian. There is a 10.6 megawatt (MW) wind farm — Hawi Renewable Development Wind Farm  (shown in the picture above) — 20 miles north of where I live.

While the wind there blows enough to support a wind farm, and more often than not I have to run against it during some part of my run, on some mornings everything is dead still. On those mornings, I know I can look to the west and see black smoke rising into the sky.

The average capacity factor — that is the output of an electricity-producing asset over a period of time divided by its maximum theoretical power output — was about 32 percent for wind power in the US over the past 3 years (Source). The Hawi Renewable Development Wind Farm is a little bit better than that at 45 percent, but for the 55 percent of the time that it isn’t producing power, backup is required. Often, intermittent renewable power power supplies are backed up by dirty and inefficient power.

The Waimea Generating Station is located only a few hundred yards from my house. It is owned and operated by Hawaii Electric Light Company, Inc. (HELCO). The plant consists of three 2.5 MW diesel engine generators that are fired on Number 2 fuel oil with a maximum sulfur content of 0.5 percent by weight. Every time I notice that its calm on my morning run, I can always find the smoke rising from these generators. They come on when the wind turbines aren’t spinning.

When people talk about the intermittent nature of resources like the wind and sun, they are referring to the fact that there are times — often unpredictable — when these resources aren’t producing. At 7 am, the world is waking up and demand for electricity is climbing. At that early hour, and with the sun perhaps not yet shining brightly enough for solar power to contribute appreciably, back-up power is needed in areas like my neighborhood that utilize wind power when it’s available.

That is the nature of intermittent resources. People don’t usually think about the fact that if the wind isn’t blowing that an electric utility — somewhere — brings on line backup power. When this happens, for the consumer it is transparent. Their toaster continues to function as it did when the wind was blowing. People don’t realize it’s happening, unless they see it happen (as I did several times this past week on my morning run when I saw the smoke rising).

Good backup or storage options are required for intermittent resources. At times these renewables can be backed up by hydropower, but more often than not they are backed up just like the Hawi Renewable Development Wind Farm — with fossil fuels.

Promising energy storage options are in development. These include batteries, compressed air, flywheels, and hydrogen production. Without economical backup and storage options, renewable power will be unable to reach its full potential. That’s why I have referred to this as The Most Important Problem in Renewable Energy.

Link to Original Article: When the Wind Doesn’t Blow

In a study published in the journal Energy, IIASA researcher Julian Hunt and his colleagues propose MGES to close the gap between existing short- and long-term storage technologies. 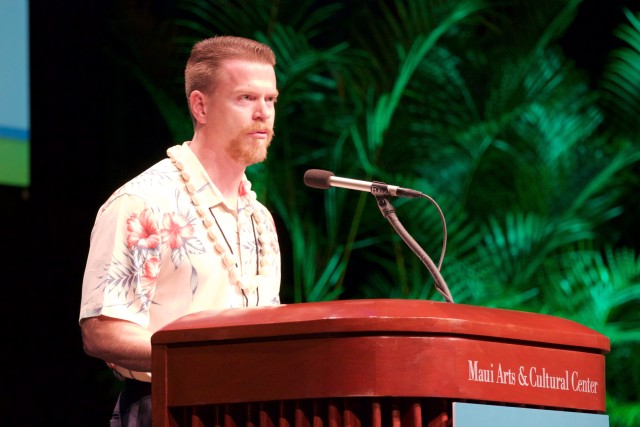 Will Hawaii Electric Customers Ever Save Money With Renewable Energy?

A regulatory plan created to help with renewable energy goals and customers save is in the works, while Hawaiian Electric proposes a rate increase. Murray Clay, president of Ulupono Initiative, said Hawaii needs to align its regulations with its..

It will be interesting to see how this plays out. While the impact of the wind industry on birds is way overblown, we certainly need to be sensitive to any outsized effect on endangered species.

Will Hawaii Electric Customers Ever Save Money With Renewable Energy?