What Are the Best Solar Cities in America?

This piece was originally published on PV Solar Report.

The new Shining Cities report by Environment Massachusetts ranks major U.S. cities by installed solar capacity as well as per-capita solar. Some of the results may surprise you.

Who’s the most solar of them all? When it comes to U.S. cities, more than one can lay claim to the title, depending on how you slice it. Yesterday’s release of a report on solar cities had several municipalities proudly proclaiming their solar contributions.

The truth is, the more solar we install in our cities, the more we all win. But if a little healthy competition spurs more solar development, then we’re all for it.

The Environment Massachusetts report Shining Cities: At the Forefront of America’s Solar Energy Revolution, ranked 57 U.S. cities based on both installed capacity and per capita solar.

The findings? The top 5 cities by total installed capacity are Los Angeles, San Diego, Phoenix, San Jose, and Honolulu. Sure, those are all in sunny areas. Yet the fact that cities like Indianapolis, Portland, and Boston show up in the top 20 once again shows that policy can trump sunshine as a solar resource.

That’s also evident in the report’s look at some smaller cities that have “taken noteworthy steps to promote the growth of solar power” by adopting favorable policies. This is an especially inspiring section of the report, because it shows just how much can be done at the local level when cities decide to take action.

Other inspiring facts: There’s over 200 times as much solar PV capacity installed in the U.S. today than in 2002, and much of that has been installed in cities. The top 20 cities account for 7% of the country’s installed PV solar, though they represent only 0.1% of the land area.

For those promoting local power generation over remote solar farms, this is good news. With so many pluses to local generation and ownership — like local jobs and other economic benefits, plus minimizing the need for new transmission lines — it’s refreshing to see so much solar being sited in urban areas.

What helps promote solar in cities? The report found that these factors are crucial:

The post What Are the Best Solar Cities in America? appeared first on The Blog.

This week, Energy Web Foundation (EWF) announced the release of a new white paper, The Energy Web Chain: Accelerating the Energy Transition with an Open-source, Decentralized Blockchain Platform. The paper offers unprecedented insight into the.. 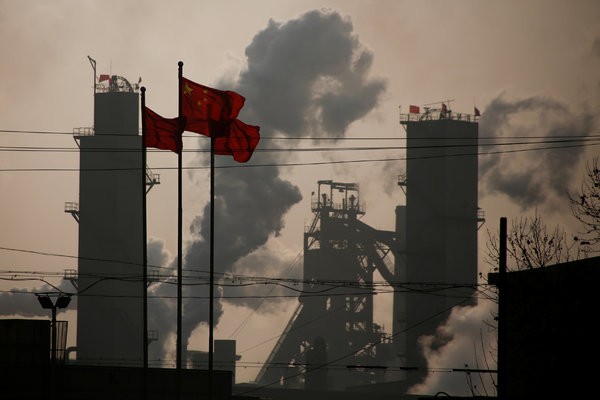 You’ve Heard of Outsourced Jobs, but Outsourced Pollution? It’s Real, and Tough to Tally Up

"The United States, for its part, remains the world’s leading importer of what the researchers call “embodied carbon.” If the United States were held responsible for all the pollution worldwide that resulted from manufacturing the cars, clothing..

New York’s ambitious Solar City project has been a massive failure so far, which has made many people question Governor Andrew Cuomo’s decision to approve it and subsidize in the first place.

"Wind power capacity additions continued at a rapid pace in 2017: $11 billion was invested in new wind power plants in 2017. In 2017, wind energy contributed 6.3% of the nation’s electricity supply, more than 10% of total electricity generation..

You’ve Heard of Outsourced Jobs, but Outsourced Pollution? It’s Real, and Tough to Tally Up