Western Climate Initiative recovering from COVID-19, and the new climate kid in town 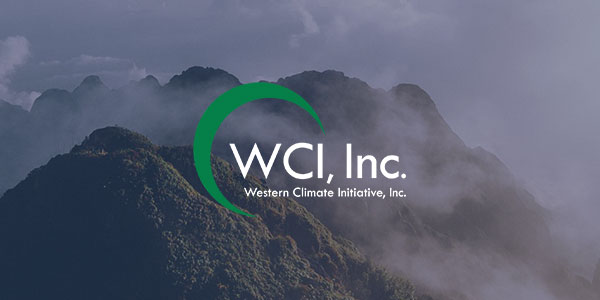 The results of the latest Western Climate Initiative cap-and-trade auction were released today and all current and future allowances sold. This generates substantial revenue for California’s Greenhouse Gas Reduction Fund but could also indicate that greenhouse gas emissions are rebounding as the economy recovers from the impacts of the Covid-19 pandemic.

The strong demand seen in the May auction is likely a response to the Covid-19 recovery, and the resulting economic strengthening. Vaccinations in California are widespread, and Governor Newsom has announced expectations for the state to be fully re-opened by June 15. This outlook is likely driving the demand for more allowances, in anticipation of higher emissions in the future as pre-pandemic activities resume, like travel. Indeed, emissions are already increasing from the drops seen in the spring of 2020.

Allowance demand this quarter was especially notable as the supply of allowances offered at the latest auction was much higher than in the previous two, sold-out auctions. This is a result of the so-called “24 month rule.” Under this cap-and-trade rule, when allowances go unsold at auction as they did in May and August of 2020 due to the pandemic, they may be re-offered at auction after allowances sell out at two consecutive auctions. As both November 2020 and February 2021 were fully subscribed, some of those previously unsold allowances were available for purchase this May.

An opportunity for greater emission reductions

Even considering the temporary drop in emissions experienced during the Covid-19 pandemic, states and the global community are not reducing emissions as swiftly as science tells us is required. However, California’s climate policies offer a model for long-term action and lasting, economy-wide transformation. The binding limit on emissions that California employs is an effective tool for providing the greatest possible certainty that pollution will decline at the pace and scale necessary to meet science-based targets.

As the state embarks on the Scoping Plan update, set to kick-off next month, it may be appropriate for the California Air Resources Board to consider updates to the cap-and-trade program, including making the emissions cap even more ambitious. This would enable California to meet its 2030 greenhouse gas emission reduction goal while also realizing even greater near-term pollution reductions.

California has long been a climate leader, especially during recent years of federal inaction, and other states are jumping into the race with ambition and innovation. Washington is the latest and most notable, as they have adopted the most ambitious climate policy in the nation. Building on California’s successful cap-and-trade model, Washington Governor Jay Inslee has now signed into law the Climate Commitment Act, which would create a cap-and-invest program that could potentially link with the Western Climate Initiative in the future. Critically, like California’s cap-and-trade program, the Climate Commitment Act includes a binding, declining limit on greenhouse gas emissions that will help Washington ensure the pollution reductions science demands.

Washington has also added their own, new features to the program, which provides a novel example of climate policy for other states and the federal government:

This explicit connection between reducing global climate pollution alongside local air pollution in the same policy framework is a significant step forward in climate policy. Washington’s innovations will be valuable to explore as California looks to supercharge the ambition of the its own climate policy, particularly during the upcoming Scoping Plan process.