Welcome To The Energiewende: The Movie

The accelerated phase-out of nuclear power following the nuclear disaster in Japan has put German energy policy on the map for many people. Since then, the word “Energiewende” has even become a new loanword in the English language. Despite the increase in international attention, many reports about the Energiewende miss the mark by not knowing German energy policy history or simply not understanding the Zeitgeist of the energy debate in Germany. Fortunately, that’s exactly what the new documentary “Welcome to the Energiewende,” by the very insightful journalist Craig Morris, is all about.

“Welcome to the Energiewende” is a 50-minute documentary split into 19 short chapters which make up a relatively consistent movie experience when watched in sequence. A road trip through Germany serves as the backdrop, and instead of focusing on technological challenges, the movie focuses on possibilities and what has been driving change in Germany for the last couple of decades. It does so in a fun and very accessible way. 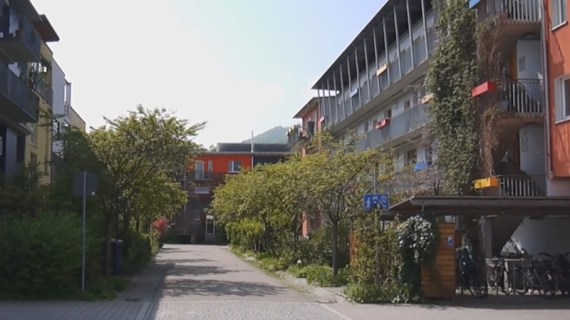 The first part of the movie looks at efficiency in buildings and how modern urban planning can enhance quality of life and individual energy independence. This is a very important pillar of the Energiewende which usually gets far too little attention. 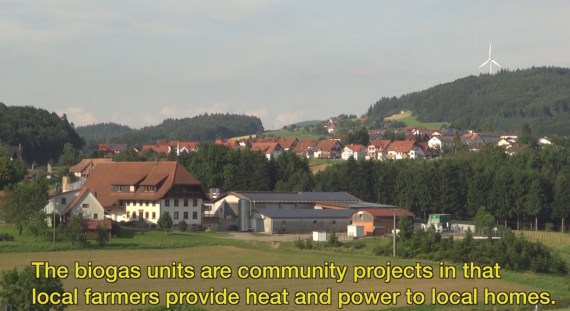 The movie then looks at community power projects for wind, solar, and bioenergy. These projects make up more than 50% of Germany’s renewable energy capacity. At this point, the movie also takes a detour to addresses some popular anti-renewable misconceptions. 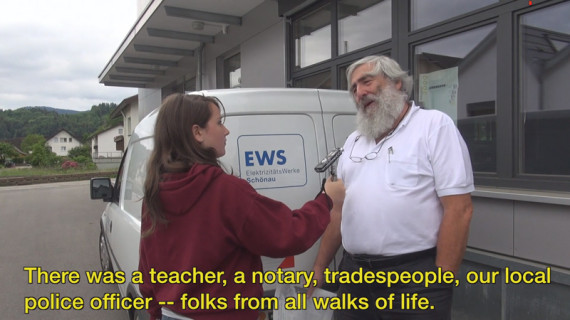 This brings us to the third and most important part of the movie, in which it explores the history of the German energy-democracy movements. It looks at the roots of the anti-nuclear movement, which was kicked off in the 1970s by acts of civil disobedience against authoritarian politicians in Germany’s conservative heartland.  The movie also visits the village/town of Schönau, where citizens took over their local distribution grid in the 1990s. That’s where the so called “Stromrebellen” (power rebels) won a decade-long struggle against a powerful energy corporation, setting a powerful precedent for community-driven citizen takeovers of energy infrastructure (energy democracy).

The last part of the movie gives some interesting cultural, global, and personal perspectives on Germany and the Energiewende, before ending on an optimistic and hopeful tune.

In my opinion, the movie does a great job at conveying the message that the German Energiewende story is more complex than what we are often made to believe in the international and even the German mainstream press.

Considering the production constrains of an indie-movie project and the sheer number of topics to cover, it does a good job of staying focused. While it’s not a documentary film made for the big screen, it’s an insightful presentation that provides a lot of value for the interested viewer. This is especially true since it avoids the danger of getting lost in technical details we all love and focuses on an optimistic non-technocratic perspective of the Energiewende instead.

The worst thing about this movie is probably the fact that there isn’t more of it. There are so many more aspects and current developments that are worthy of being covered, and Craig Morris of Renewables International is one of the most insightful journalists around, doing his best to cover the “whole story” for international readers.

So, please check out the movie and enjoy an hour of “crazy” Germans standing up for what they feel is right, changing their country one step at a time in the process – from the bottom to the top (eventually).

To watch “Welcome to the Energiewende” head over to the movie page.

Welcome To The Energiewende — The Movie was originally published on: CleanTechnica. To read more from CleanTechnica, join over 30,000 other subscribers: RSS | Facebook | Twitter.