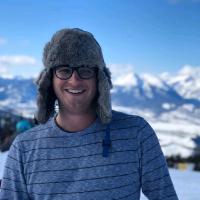 Sandwiched between several clean energy-happy states in the mid-Atlantic, Virginia is battling the shackles of overwhelming utility influence. Sixty-nine percent of Virginians support requiring utilities to generate a greater share of electricity from renewable energy. The Virginia legislature enjoys bipartisan support for clean energy and sees it as a path towards economic development—following the lead of neighboring Maryland, D.C., and North Carolina. Unfortunately, these facts are largely moot due to one company: Dominion Power, the state’s largest investor-owned utility. With its immense influence, it calls the shots, and so Virginia is missing the boat.

According to a report by the MD-DC-VA Solar Energy Industries Association (MDV-SEIA),the economic potential for solar in Virginia would yield 10,000 jobs by 2020, totaling 30,000 by 2025 and add another $1.8 billion in private sector investment. Contrary to Dominion’s PR team, the utility has continuously blocked efforts by the business and legislative community to enable market growth. Interest and citizen groups, trade associations and citizens alike are asking the decision-makers in Richmond to bring clean energy, jobs and rate stability by developing a local clean energy economy.

“It’s not a republican or democrat issue in Virginia, it’s about the utility” said Mike Healy, Chairman of the U.S. Solar Heating & Cooling Alliance and Virginia Policy Director for MDV-SEIA. “The legislature understands the benefits. It’s Dominion that is concerned about the benefits of clean energy to their business model and ability to compete down the road. We need to focus on long-term benefits to Virginia ratepayers, not just to one entity or another.”

While advocacy groups have made little progress in recent years, solar did see modest gains during the last legislative session. House republicans were instrumental introducing a Power Purchase Agreement (PPA) pilot program, which helps nonprofits access federal tax benefits and third-party financing as for-profit energy entities. In theory, Virginia’s political will and popular support should provide the opportunity for clean energy development. In practice, Dominion funneled over $244,000 to Virginia republicans and democrats during the 2012 election cycle and spent another $2 million lobbying through the revolving door.

The utility interference is blatantly obvious. As Ivy Main, vice-chair of the Virginia Sierra Club, pointed out, “Senators are using talking points that they get from Dominion,”

Healy added that “instead of adopting their business model to become more efficient, they have decided to fight against it. Dominion has a monopoly over their territory and the state legislature, it’s not easy to fight a monopoly…but there are ways to do it.”

This is not about demonizing Dominion; it’s about helping them understand the opportunity at hand. Dominion can expand their customer base with the resulting economic development and stabilize what could be serious future fuel price fluctuation in a state that experienced a 20.3% electricity rate hike in 2009.

Virginians need to strengthen coalitions and communications in order to apply pressure within Dominion’s territory. Change will require unified action from advocates, businesses, students and community leaders. Education needs to go out to Virginians and the General Assembly about what is happening in other places. The solar industry is now mature enough that the quantitative and qualitative benefits are now understood. Main believes that “it has to come from the bottom up,” and views the recent PPA legislation as advantageous because it “helps churches and non-profits with large, dispersed congregations realize the benefits”.

Northern Virginia localities and college students have applied steady pressure in support of renewable energy, but downstate rural republican counties have been slower to embrace the benefits of clean energy.  In fact, the Roanoke Tea Party has a webpage about how renewable energy and the UN’s Agenda 21 is a communist ploy to takeover America.

Reaching the opposition, strengthening support and applying utility pressure in Virginia will require issue framing and marketing. There is a great story in solar and Virginia republicans were swayed when they learned of the economic development potential. Grassroots messaging needs to improve and increase to make renewables more exciting, sexy and tangible. Increasing customer engagement with clean technologies will be critical to these efforts, and various state and business marketing initiatives have been successful using this approach.

There is an abundance of tools available for Virginians to easily recognize this potential, but coalitions need to make sure their messaging is on target, delivering the best information to help.

“We need to become more organized as a collective voice,” said Healy. “Together we can stand up to Dominion.”