Thin-film technology uses other semiconducting materials including cadmium telluride, copper indium gallium selenide, and amorphous silicon. A thin-film solar cell is manufactured by depositing one or more thin layers of PV material on a supporting material such as glass, plastic, or metal. Cadmium telluride is the most commonly used thin-film PV technology, making up 97% of the total installed thin-film capacity in the United States. 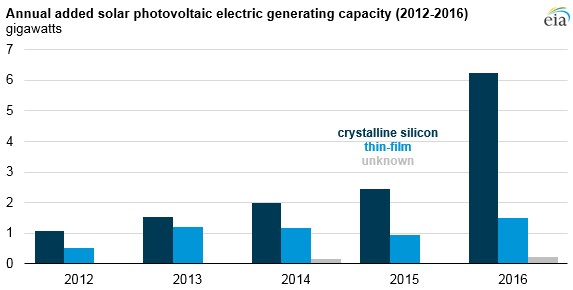