The U.S. commercial sector spent just under $146 billion on electricity in 20141, and that has prompted business leaders across the country to sit up and take notice.

In a fascinating study released late last month, Deloitte’s Center for Energy Solutions reported that 79 percent of the businesses it surveyed viewed cutting their electricity expenditures as “essential to creating and maintaining competitive advantage.” To this end, the survey (which is available here) found that 57 percent of the businesses surveyed have formal energy reduction goals—up significantly from the 46 percent that said they had such goals the year before.

This transition is occurring even though electricity prices are relatively low currently, and businesses do not expect substantial increases in the near term. In other words, energy management is quickly moving from the realm of reactive cost cutting to active planning and forward thinking: what can we do as a business to curb our energy consumption and improve our competitiveness?

The answers to that question may surprise you. Conventional measures such as sensors to raise/lower heating and cooling controls are still the go-to choice. But increasingly, Deloitte said, businesses are forging a path of their own, pushing ahead with options such as in-house batteries and onsite generation. Specifically, 39 percent reported installing some form of onsite generation (solar panels or other options) during the year, up from 31 percent in the previous year. Similarly, 26 percent said they installed batteries during the year compared to just 15 percent in 2014. In addition, 34 percent reported installing recovery equipment to capture previously lost energy used in production and other processes.

The moral of the story? Companies are increasingly concerned about their energy costs and looking for ways, both conventional and not so, to reduce their usage and boost their competitiveness. The question is, who is going to step up supply those needs?

As Deloitte noted, companies clearly are investing, but whether they are going it alone because they want to, or because they have to is uncertain. “Indeed, companies increasingly appear to be investing in the elements necessary to build their own energy ecosystems, perhaps in search of integrated solutions they cannot yet find in the marketplace. [Emphasis added] This is particularly reflected in the large increase in companies choosing to self-generate a portion of their electricity supply.”

For utilities, the message should be obvious: Your customers are looking for these energy control options—and if you don’t provide them they will look elsewhere, or go it alone.

Unfortunately, utilities may not have long to get into the game. Deloitte pointed out that “companies are showing a greater propensity to invest the effort and funds needed to ‘do it themselves,’ with more than half (55 percent) reporting they generate some portion of their electricity supply onsite, up from 44 percent in 2014.” In some business sectors requiring high degrees of reliability, including telecommunications, technology and health care, the interest level is are even higher, with two-thirds of those firms reporting some form of onsite generation.

While it may be too late to bring those companies back in, utilities risk losing an even larger share of their commercial customers unless they are willing to meet those firms’ growing interest in cutting costs and curbing consumption. The commercial sector has passed the tipping point on energy management, Deloitte said, it’s now an “essential aspect of corporate strategy.” Serving those needs must similarly become an ‘essential aspect’ of utility strategy. 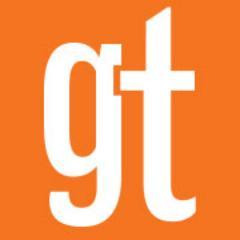 Pacific Power sees the move to smart meters as a way to control power rates. About 100 meter reader positions across the state will be eliminated, although a quarter of the employees have been placed in another position within the company.

Energy planners are keeping busy in the Pacific Northwest. The region's (more precisely, Oregon's) appeal to data center developers is examined in this article on a new project slated for Hillsboro that by itself will far surpass the electricity..

The Future of Cooling: Key Findings

Electricity Demand by U.S. Manufacturing Has Declined in Recent Years

The Future of Cooling: Key Findings

Electricity Demand by U.S. Manufacturing Has Declined in Recent Years