The latest NPD Solarbuzz North America PV Markets Quarterly has forecast growing US demand for solar photovoltaic (PV) panels throughout the rest of 2013 towards another record high of 4.3 GW, a near-20% increase over 2012 levels.

Such demand has brought US contribution to the global market to over 12%, compared to only 5% three years ago.

Second quarter demand is expected to reach 1 GW thanks primarily to California, Arizona, New Jersey, and North Carolina, which combined will make up over 70% of the total demand for solar photovoltaic panels. Splitting that out further, residential and small commercial rooftop PV installations will account for 18% of this demand, with another 14% coming from large commercial rooftops. The remaining 68% will come from the ground-mount industry segment.

Stepping forward to the second half of 2013, NPD Solarbuzz believe that utility-based projects set to be installed in Arizona, California, New Mexico, and Texas will all help drive the US solar PV demand over 2.5 GW over the final two quarters of the year.

Looking even further afield, the current estimations suggest that PV demand in the US will exceed the 5 GW mark in 2014, representing a 70% compound annual growth rate since 2009.

“The strong commercial and utility-based solar PV being deployed in the US is stimulated by state specific mandates that require solar to meet target levels, or carve-outs, of total energy production,” explained Chris Sunsong, analyst at NPD Solarbuzz. “Meanwhile, residential demand is being driven by new third-party ownership models that allow homeowners and businesses to install PV systems with minimal upfront commitments.” 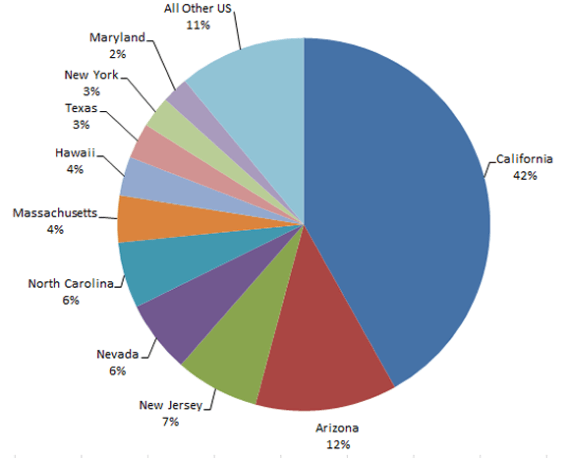 “The success of federal incentives and aggressive renewable portfolio standards that were intended to stimulate domestic solar PV installations in the US is now coming under increased scrutiny at the state level”, added Sunsong. “Additionally, states such as New Jersey, Delaware, and Pennsylvania that are heavily dependent on solar renewable energy certificates, or SRECs, are at risk of continued over-supply that threatens to limit new solar PV investments.”

US Solar PV Demand To Grow 20% In 2013 To 4.3 GW was originally published on: CleanTechnica. To read more from CleanTechnica, join over 30,000 others and subscribe to our free RSS feed, follow us on Facebook (also free!), follow us on Twitter, or just visit our homepage (yep, free).