The U.S. Remained The World’s Top Oil Producer In 2020

Last month BP released its Statistical Review of World Energy 2021. The Review provides a comprehensive picture of supply and demand for major energy sources on a country-level basis. Each year, I do a series of articles covering the Review’s findings.

In the previous article, I discussed the trends in global carbon dioxide emissions. Today, I want to cover the production and consumption of petroleum.

A Record Decline in Oil Demand

For 2020, the Review reported the largest decline in oil* consumption on record. After nine consecutive years of increase, the Covid-19 pandemic caused global consumption of crude oil to decline by more than 9 million barrels per day (BPD) in 2020 to 88.5 million BPD. 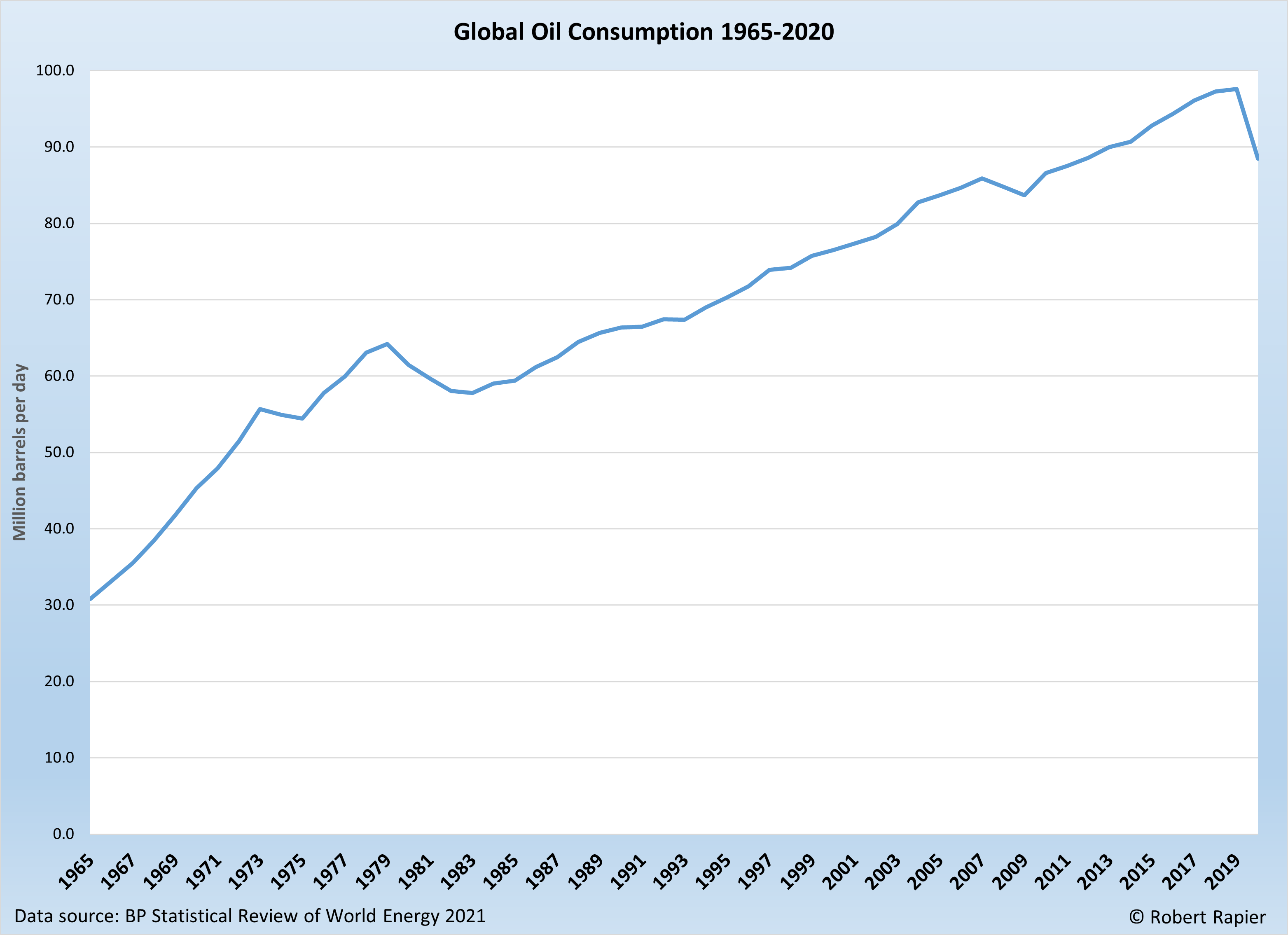 The United States remains the world’s top oil consumer, averaging 17.2 million BPD in 2020. China was second at 14.2 million BPD, and was the only country in the Top 10 to report an increase in oil consumption in 2020.

The Top 10 consumers were the same countries as in 2019, except Saudi Arabia jumped ahead of Japan, and Brazil jumped past Canada. “Change” reflects the change in consumption from 2019. 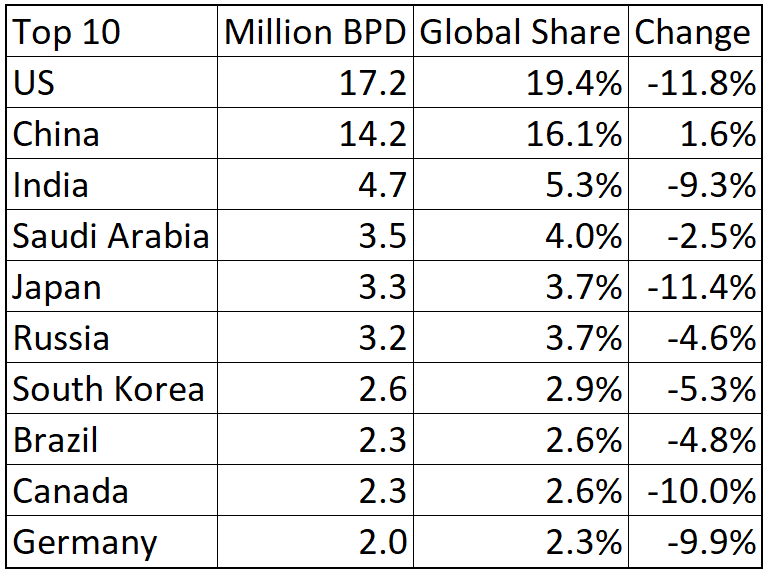 Despite the impact the pandemic had on U.S. oil production, the U.S. remained the world’s top oil producer** at 11.3 million BPD. Russia and Saudi Arabia retained their positions at #2 and #3. However, Saudi Arabia and other OPEC countries engaged in production cuts in 2020 in response to the pandemic. 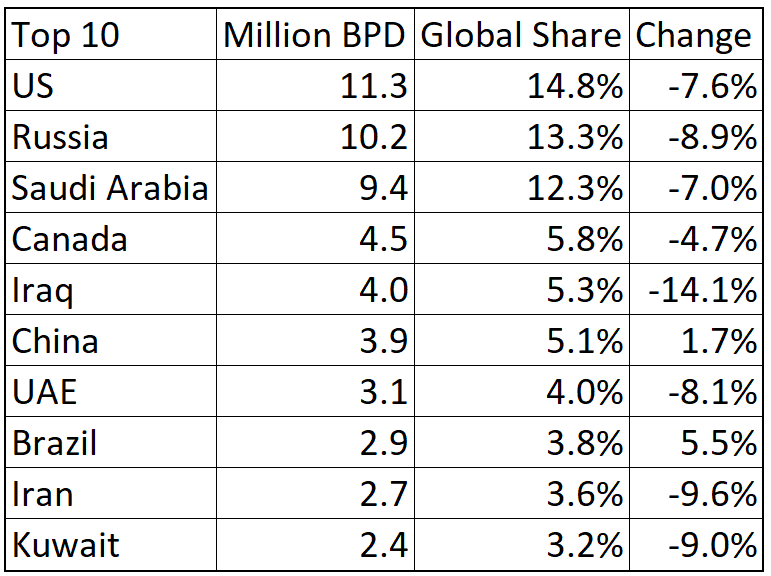 Note that these production numbers are for crude oil and lease condensate. The U.S. also leads all countries in the production of natural gas liquids (NGLs), which partially end up in the oil products supply chain. So, if NGLs are included, the U.S. has an even larger lead over Russia and Saudi Arabia.

The Review reports that global proved oil reserves declined by 0.1% to 1.72 trillion barrels. Venezuela continues to claim the most reserves with 304 billion barrels, but this is primarily extra heavy crude in the Orinoco Belt. In order to qualify as proved reserves, oil needs to be technically and economically recoverable at prevailing oil prices. That may not be the case with this heavy oil. In that case, Saudi Arabia’s 298 billion barrels would lead all countries.

*BP’s definition of oil consumption excludes biofuels while derivatives of coal and natural gas are included.