This article is the fourth in a series on the BP Statistical Review of World Energy 2022. The Review provides a comprehensive picture of supply and demand for major energy sources on a country-level basis. Previous articles covered overall energy consumption, carbon dioxide emissions, and petroleum supply and demand.

Today, I want to cover the production and consumption of natural gas. 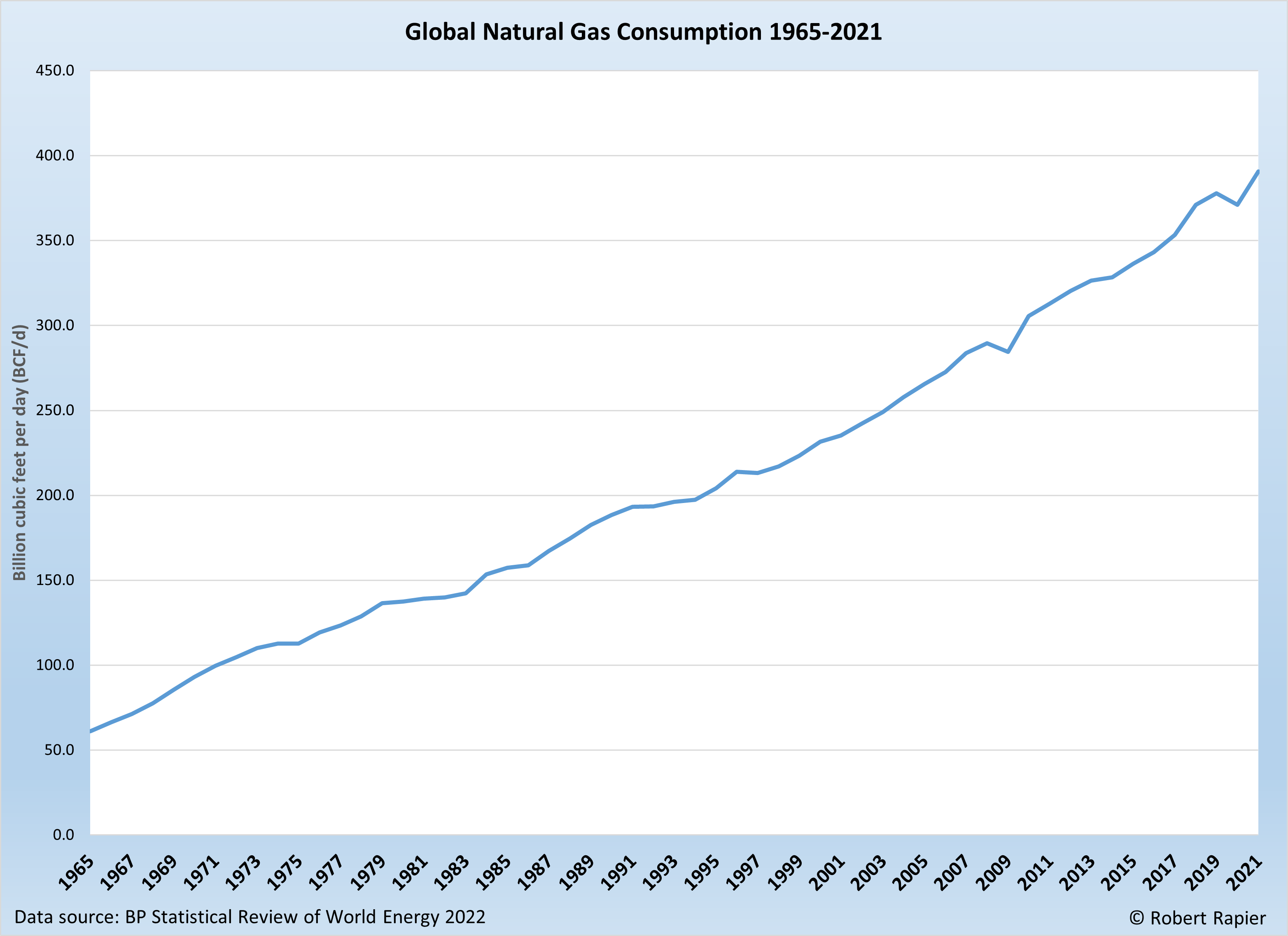 Natural gas is the cleanest-burning of the fossil fuels. It is also fastest-growing fossil fuel, with a global 2.2% average annual growth rate over the past decade.

In comparison, oil grew at a rate of 0.7% globally over the past decade, and coal grew globally at 0.1%. Looking ahead, natural gas is projected to be the only fossil fuel that will see substantial demand growth over the next two decades. 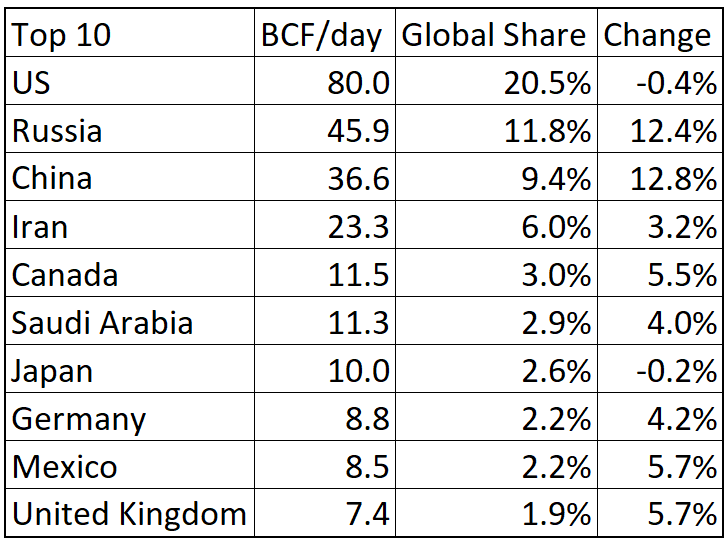 But the U.S. is the world’s fastest-growing LNG exporter, with a 49.1% average annual growth rate over the past decade (and a 100% increase in LNG exports from 2019 to 2021). The U.S. is on a pace to become the world’s largest LNG exporter this year.

In the next installment, I will examine the world’s coal markets.