The is the fifth article in a series on BP’s recently-released Statistical Review of World Energy 2021. Previous articles provided an overview of this year’s Review, an examination of the data on carbon emissions, a look at oil supply and demand trends, and an examination of natural gas trends.

Today I delve into the data on coal production and consumption.

Coal is the most polluting fossil fuel. What is meant by that?

Coal also produces a lot of other harmful emissions when burned in power plants. Historically, coal plants emitted a lot of sulfur dioxide, which causes acid rain. Regulations eventually reined in that problem, but coal-fired power plants still emit pollutants like mercury. They even emit more radioactive elements into the environment than a nuclear power plant. Thus, there have been many regulations passed that have attempted to lower coal’s impact on the environment.

Because of the various pollution issues associated with coal, most developed countries have moved away from coal-fired power. But because coal is cheap, developing countries continue to rely heavily on coal as a source of power. Coal consumption in developing countries is presently the biggest driver of global carbon dioxide emissions. 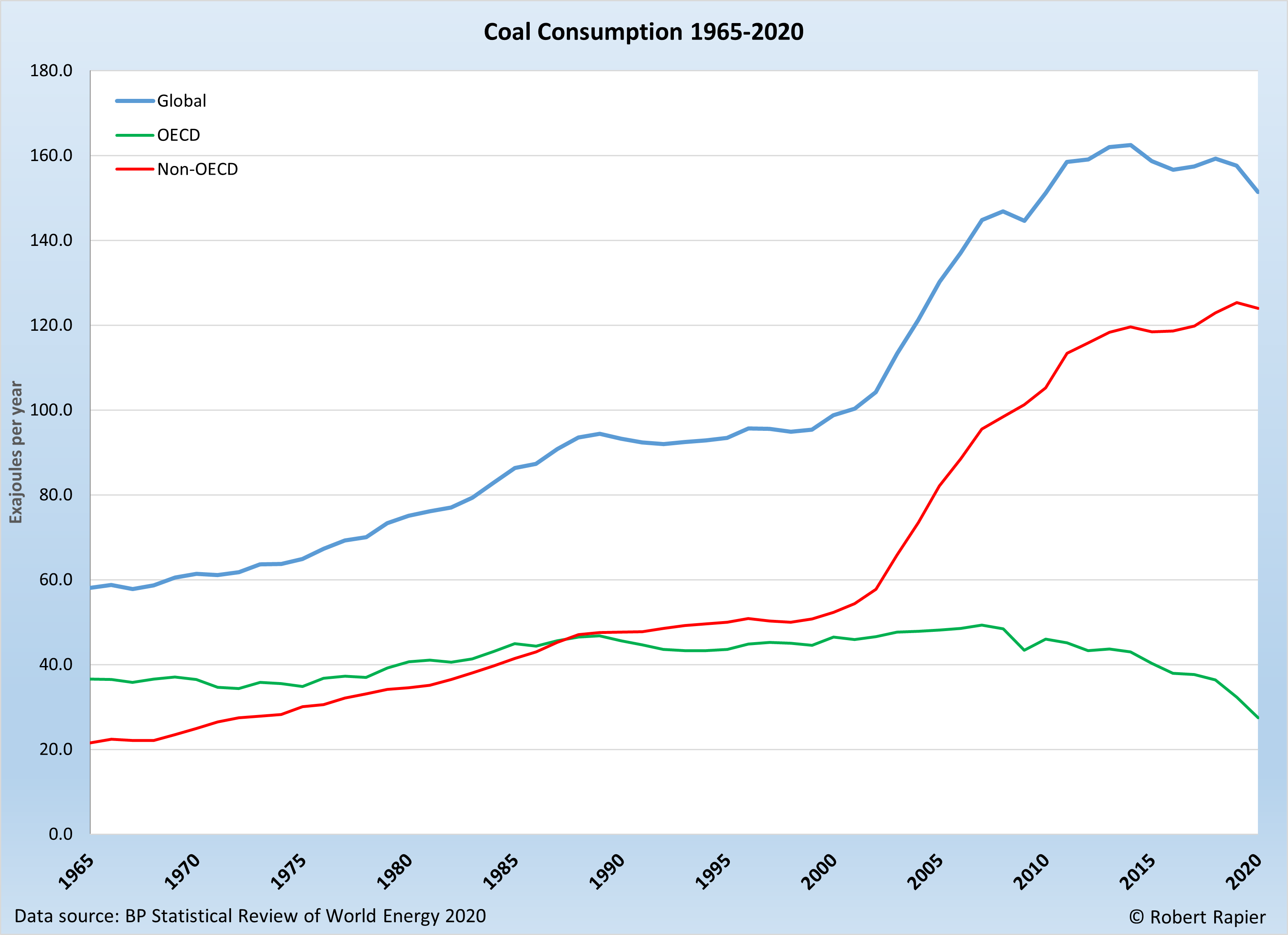 However, since 2000 there has been a sharply growing disparity between coal consumption in OECD and non-OECD countries.

Six of the world’s ten largest consumers of coal are in the Asia Pacific region. All of last year’s top consumers saw a decline in coal consumption from 2019, with the exception of China and Vietnam. Below were the world’s Top 10 coal consumers in 2020. “Change” refers to the growth or decline from the previous year. 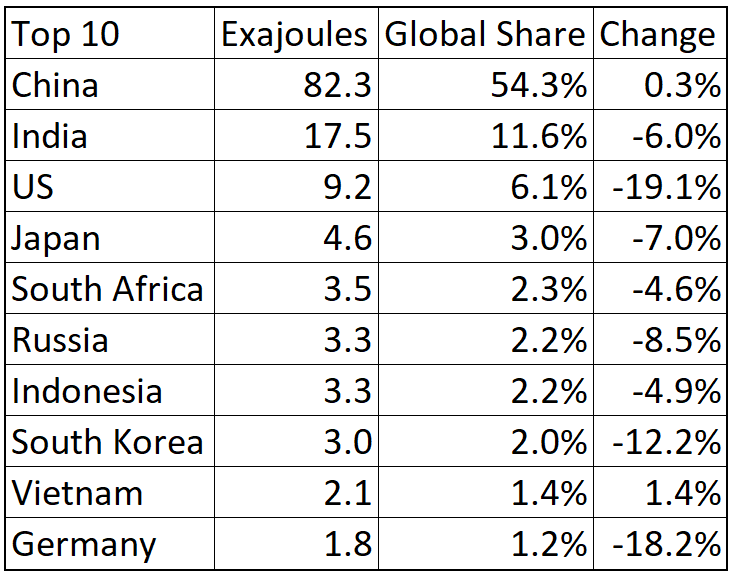 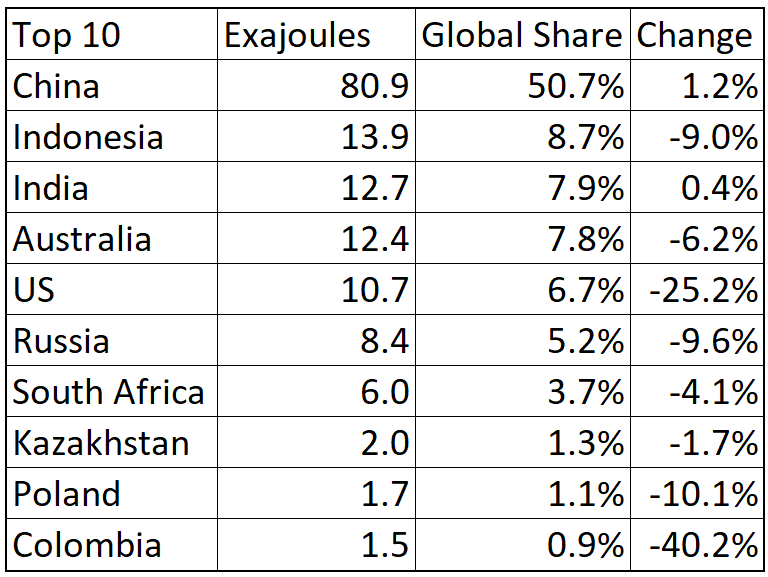 The coal industry in the U.S. continues to decline at a rapid pace. In 2020, U.S. coal consumption and production were at the lowest levels since the Review started tabulating records in 1965.

The dramatic decline in U.S. coal consumption is the primary reason U.S. CO2 emissions have fallen sharply in the past decade. Coal consumption in power plants was displaced by cheaper natural gas and renewables, both of which have a much lower carbon footprint.

In the next installment, I will take a closer look at global renewable energy trends.