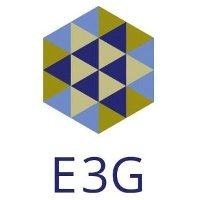 COP 22 isn’t the only big event on the calendar next week. Shortly after things kick off in Marrakech, attention will turn to the US presidential election, taking place on 8 November.

America’s unique role in international affairs and its geopolitical influence mean that US elections are always watched closely. But this one is especially important for both domestic and international climate and energy policy. That’s because after close to a decade of sitting on the sidelines, the United States has done as much as any other country in driving the breakthrough agreements we’ve seen over the past year.

Reflecting on US climate diplomacy efforts and achievements

President Obama made it clear that climate change would be a priority in his second term in his inauguration speech in 2013, stating that the US “will respond to the threat of climate change, knowing that the failure to do so would betray our children and future generations.” The Administration also understood that its diplomacy would lack credibility unless it made headway domestically first, which is why the Climate Action Plan was released in 2013. And the third pillar of that plan alongside mitigation and adaptation action at home was a pledge to lead “International Efforts to Combat Global Climate Change and Prepare for its Impacts.”

President Obama also walked the talk on climate through his appointment of John Kerry as Secretary of State. As a Senator, Kerry was a long time climate champion and immediately began working to make good on the President’s agenda. Kerry’s first policy guidance at the Department of State was instructions to diplomats around the world on integrating climate change into all areas of work. He also highlighted climate in many of his major speeches, and elevated climate as a cross-departmental priority on par with issues like cyber security and trade, allowing senior diplomats to make it an agenda item in almost every US bilateral, including Kerry’s first official meeting with the Cuban Foreign Ministry on normalization.

Secretary Kerry also made climate a core part of the second US Quadrennial Diplomacy and Development Review (QDDR). The most recent QDDR was released in 2015 and identified climate as one of four core strategic priorities for the US along with countering violent extremism, open democratic societies, and inclusive economic growth. The QDDR built on Kerry’s guidance with priorities to integrate climate change into all diplomacy and development efforts, identify critical countries in need of in-depth engagement, and expand diplomacy beyond capitals to include other sectors.

But the centerpiece of US climate diplomacy was the US-China climate agreement in November 2014. The joint announcement of post-2020 targets was the result of careful and painstaking diplomacy over many months, and was the key to unlocking the stalemate between developed and developing countries in the negotiations. It was also the first time that China agreed to limit its emissions, and its commitment to install 20% of its energy from non-fossil sources will mean installing upwards of 1000 GW of new clean energy capacity.

Phasing coal out of the energy system has been another high priority for President Obama, and the US was first country to change its export credit policy to limit the amount of financing for coal projects overseas. This was followed by similar commitment from a host of other countries and institutions including the World Bank and the European Investment Bank, as well as Denmark, Finland, Iceland, Norway, Sweden, France, Germany, the Netherlands, and the United Kingdom. In November 2015, the 34 members of the OECD agreed to restrict – although not end entirely – public financing for coal projects. The White House estimated that 80% of coal technology in the export credit agency pipeline would become ineligible for financing because of the OECD agreement.

Finally, the Obama Administration has offered up several parting shots on climate in its final year in office. These include the recent agreements on amending the Montreal Protocol to phase down highly potent greenhouse gases known as hydrofluorocarbons (HFCs), the framework for controlling emissions from aviation at the International Civil Aviation Organization (ICAO) 39th Assembly, and a Presidential memorandum on climate change and national security. After the Paris Agreement, these were three of the key priorities the White House felt it could achieve before the end of Obama’s second term. The HFC agreement will avoid up to 0.5°C of warming by the end of the century buying the world time to get its carbon emissions under control and meet the 1.5 target, the ICAO agreement begins the process of tackling one of the fastest growing sources of emissions and the climate security memo puts climate risk assessment firmly at the heart of US national security planning.

Looking towards the future – unfinished business

If the past few years prove anything, it’s that in order to deliver and then move beyond the Paris pledges it will be critical that the next US administration continues the put climate at the center of US foreign policy. Doing so means that the next Secretary of State must continue the efforts that have been launched under Secretary Kerry to fully mainstream climate change into policy and planning within the Department of State. There is also a long list of potential opportunities for the next President, including designing policies and regulatory measures to ensure the US meets its existing emissions reduction commitments; working to strengthen the G7 agenda on climate conflict and fragility risks, and supporting the G20 agenda on scaling up green finance.

Climate change has been a rare bright spot in international diplomacy – the US must not drop the torch.

By Taylor Dimsdale, Head of Research at E3G