An asset swap of uranium for reactors seems likely

The Jordanian Atomic Energy Agency has entered into negotiations with Areva and Rosatom to build 2 Gwe of nuclear powered electricity by 2020. Both firms are offering 1,000 MW reactors.

The Kingdom is likely to offer to pay for them with an asset swap from its uranium ore reserves said to be equal to 25,000 tonnes of yellowcake. However, opposition in Jordan’s parliament may slow down closure of the deal. Currently, Jordan imports almost all of its electricity.

Late last April the government short listed both firms to running competitive negotiations in parallel. Rosatom is expected to offer its 1,000 MW VVER, a conventional PWR reactor which is its primary nuclear export. Areva is teaming with Mitsubishi to offer a new 1,000 MW reactor design expected to meet the needs of customers who don’t want the more expensive 1,600 MW EPR. Jordanian government sources have told wire services they hope to sign with a vendor by the end of 2013 or sooner.

1-2-3 agreement a case of shadow boxing?

While no American firms are in the bidding, the U.S. has been holding diplomatic talks with Jordan to open its markets to American suppliers. Last January U.S. State Department officials dropped objections to Jordan building uranium enrichment facilities as a pre-condition for a 1-2-3 Agreement under the Atomic Energy Act.

Khaled Toukan, head of Jordan’s Atomic Energy Commission (JAEC) praised the change in U.S. policy. While he’s happy about it, back in the U.S. republican members of Congress were critical of the move. Congress has to approve any 1-2-3 agreement before U.S. firms can sell equipment to Jordan. 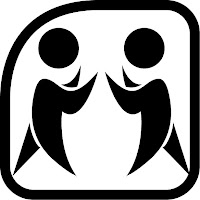 The whole issue of whether Jordan wants to enrich uranium is a tempest in teapot – or a case of shadow boxing – take your pick. Areva has said that the primary value of the uranium is for export and not for development of fuel cycle facilities in Jordan.

Last December Areva shelved plans for massive capital expansion of its uranium facilities in France citing a soft market and a desire to fully utilize its new George Besse II enrichment plant in France. It has no incentive to build a competing site in Jordan having also shelved indefinitely breaking ground on the Eagle Rock Enrichment Plant in Idaho, US. (3 M SWU/yr)

If the firm wins the contract to build the reactors, it would likely supply nuclear fuel from its factories in France and return spent fuel to them to make MOX. As for Russia, it enriches its own uranium and also blends down HEU from the disposition of nuclear warheads.

Neither France nor Russia are interested in the political heat that would be injected into negotiations with Iran if Jordan decided to leverage a reactor deal with either of them for an enrichment plant.

What it comes down to from market and political perspectives is that that Jordan’s insistence on the right to enrich its uranium as a signatory to the Nuclear Nonproliferation Treaty looks to be more a case sovereign political posturing for consumption in the volatile Middle East than a possible practical outcome.

In addition to the realities of uranium enrichment markets, in Jordan electricity and capital are needed elsewhere to develop the nation’s economy. In any case, estimates of the amount of uranium ore in Jordan vary. Areva is currently exploring the ore bodies to get a grip on the numbers.

While all this commercial activity is developing, two other developments may throw a wrench in the gearbox. Jordan’s lower house in parliament voted in late May to suspend the nuclear tender until financing is secured and a suitable location is found for the reactors.

An early list of sites generated intense opposition when one of them was announced to be near a popular tourist destination. Environmental groups seized on the outcry over sites, but gained little traction for their issues. The primary concern in parliament is containing the cost of the reactors.

In a development which does not bode well for the leadership of the nuclear energy tender, Khaled Toukan, head of Jordan’s Atomic Energy Commission (JAEC), found himself in hot water after he allegedly called opponents of the nuclear program “donkey”s and “garbage collectors.”  Opponents in parliament, and among tribal leaders who have factional axes to grind, issued the predictable calls for Toukan’s resignation. For now he’s likely to survive the media driven controversy.