Unchecked Climate Change Could Mean $270B Per Year in Higher Interest Costs for Countries, Businesses 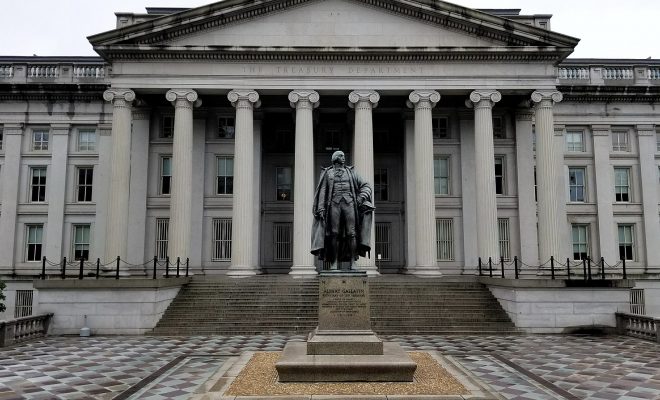 More than 60 countries could see their credit ratings downgraded by 2030, while countries and businesses could be in line for as much as US$270 billion per year in higher interest costs by 2100, without tough policies to get climate change under control, according to a study released last week by three United Kingdom universities.

“The authors of the study used artificial intelligence to simulate the impact of global warming on Standard & Poor’s credit ratings for 108 countries,” Bloomberg Green reports. “They found that—in the absence of stringent climate policies—downgrades could be widespread across major economies including the U.S., UK, China, India, Australia, and the European Union. More than 60 nations could already see lower ratings by 2030.”

Those hardest-hit countries “included China, Chile, Malaysia, and Mexico, which could see six notches of downgrades by the end of the century, as well as the United States, Germany, Canada, Australia, India, and Peru, that could see around four,” Reuters adds.

“Sovereign ratings assess the nations’ creditworthiness and are a key gauge for investors as they weigh up the riskiness of more than $66 trillion (£48 trillion) in government debt,” The Guardian explains. “There are 20 grades or notches starting with the most prized AAA. Any bond rated below 10 is considered junk.”

Against that standard, “we find that 63 sovereigns suffer climate-induced downgrades of approximately 1.02 notches by 2030, rising to 80 sovereigns facing an average downgrade of 2.48 notches by 2100,” the researchers from Cambridge University, the University of East Anglia, and London’s School of Oriental and African Studies (SOAS) wrote. “Our results show that virtually all countries, whether rich or poor, hot or cold, will suffer downgrades if the current trajectory of carbon emissions is maintained.”

The study projected how ratings agencies would respond to the added investment risk brought on by climate impacts under two model scenarios from the last assessment report published by the Intergovernmental Panel on Climate Change (IPCC). The first, RCP 8.5, would see average global warming of up to 5.0°C by 2100, and would increase governments’ debt servicing costs by US$137 to $205 billion in that year, Bloomberg writes. Under the RCP 2.6 scenario, in which emissions start falling and hit zero by century’s end, the cost comes in between $23 and $34 billion.

But the impacts could be worse still than the researchers are saying, Reuters adds. “There are caveats, there are no scientifically credible quantitative estimates of how climate change will impact social and political factors,” the study stated. “Thus, our findings should be considered as conservative.”

We so often hear about the cost-- to companies, to governments, to consumers-- of climate action, but this cost of inaction is the obvious retort. Those inevitable externalities aren't happening in a vacuum, & if all we care about is dollars & cents then climate action is still the prudent move