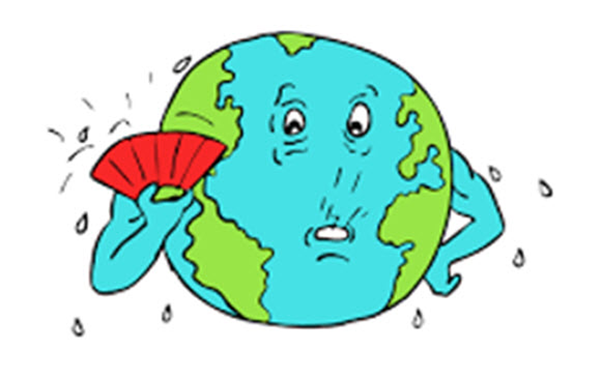 The UN Joint Group of Experts on the Scientific Aspects of Marine Environmental Protection (GESAMP) report High Level Review of a Wide Range of Proposed Marine Geoengineering Techniques acknowledges that thermodynamic geoengineering, would cool the ocean’s surface and could reduce warming associated with climate change. A finding that refutes the latest report of Environment and Climate Change Canada that climate change is irreversible.

The UN however steps on its lede by claiming that implemented at large-scale thermodynamic geoengineering would be temporary, regionally heterogeneous and presents the type of termination risks usually associated with solar geoengineering approaches.

In support of this claim, the GESAMP cites a paper Atmospheric consequence of disruption of the ocean thermocline that is a work of science fiction.

It modeled global warming after 60 years of ocean mixing at an upwelling rate of 60 cubic meters per second that is physically impossible.

There isn’t enough power on earth to turn over the top 1,000 meters of the ocean every 17 seconds. Let alone for the next 60 years, and to do so would release as much carbon dioxide into the atmosphere as is currently being derived from fossil fuels. What’s more, the lead of the team that issued the report has acknowledged it was an unrealistically extreme set of simulations that casts doubt on the efficacy of the result.

Conventional OTEC is temporary because it moves surface heat only to a depth of between 70 and 100 meters.

The scientific literature estimates that the oceans have gained on average 384 terawatts of heat annually between the years 1991 to 2016.

Practically, conventional OTEC has an efficiency of about 3 percent because a quarter of the heat servicing the heat engine is lost in the evaporator that turns surface heat into a low-boiling-point vapor, another quarter is lost in the condenser needed to return the vapor back into a fluid that in turn is pumped back to the evaporator to complete the work cycle.

At 3 percent efficiency, 384 terawatts of global warming heat can be converted to about 11.6 terawatts of electrical energy or about 82 percent of the current global demand for fossil fuels.

Producing 11.6 terawatts of power with conventional OTEC requires an upwelling intensity of 10 meters per year so heat moved by this process is back at the surface in 10 years and therefore it affords little to no global warming respite.

What little respite it does produce, is regionally heterogeneous because at an upwelling intensity of 20 meters a year, which the paper An Assessment of Global Ocean Thermal Energy Conversion Resources With a High-Resolution Ocean General Circulation Model equates to a power level of 30 terawatts, in 1,000 years the tropical surface would be cooled by as much as 4 degrees Celsius, offset by a commensurate and equal warming in the Arctic and off the fertile fishing grounds off the west coast of South America.

Where half of the ocean heat is lost before entering and exiting a heat engine with conventional OTEC, this is halved with thermodynamic geoengineering. While the evaporator operates at the surface where the heat is abundant, with thermodynamic geoengineering the condenser is situated at a depth of 1,000 meters where cold water is abundant and doesn’t have to overcome the force of gravity to reach the condenser. Furthermore, a column of gas extending 1,000 meters deep into the ocean gains 5 degrees along its length under the influence of gravity.

At 7.6 percent efficiency, 384 terawatts of warming heat yields 29 terawatts of power. And since this approach moves surface heat to a depth of 1,000 meters, whereas the diffusion rate of heat from the depths to the surface of 4 meters a year, the surface cooling lasts at least 250 years or the length of the entire fossil fuel era.

But at the end of this time, the initial 384 terawatts minus the 29 terawatts converted to work can be driven back to the deep by thermodynamic geoengineering to produce another 27 terawatts of power and isolate another 328 terawatts into the ocean depths.

At this point, we will have produced 3.75 gigawatts more energy than we are getting from fossil fuels, which will be have been depleted 190 years earlier, and can ultimately produce this energy 13 times longer than the fossil fuel era.  Until the year 5,270 when the entirety of the heat of global warming has been transformed into productive work and the waste heat of conversion has been dissipated to space and the atmosphere is returned to the pre-industrial temperature.

The lag between the thermodynamic geoengineering kicking in and a return of the initial heat to the surface also allows for the current 1 degree of warming to be drawn down to the pre-industrial temperature.

Rather than being regionally heterogeneous, the heat of warming is recirculated completely within the tropics with thermodynamic geoengineering, and why would anyone want to terminate a process that can provide 3,250 years of high-capacity, constant, baseload energy, that reduces sea level rise, reduces atmospheric greenhouse concentrations, reduces the risk of hurricanes and reduces the incidence of ocean acidification?

As witness the paper Negative-CO2-emissions ocean thermal energy conversion, by Dr. Greg Rau of Institute of Marine Sciences, University of California Santa Cruz and this writer

According to the National Geographic, if all the heat the oceans have absorbed from 1955 onward was suddenly added to the atmosphere, the air temperature would rocket up by 60 degrees.

Although such a rapid release is not possible, the accumulated ocean heat of warming will eventually be discharged, committing the planet to future warming that can be only forestalled by thermodynamic geoengineering.

Despite the global warming imperative, the concern of most is the economy and a significant part of that relates to the cost and availability of energy.

The GESAMP references the paper Assessment of Ocean Thermal Energy Conversion by Shylesh Muralidharan with respect to energy costs showing that thermodynamics geoengineering has the highest capacity and lowest levelized cost of all of the renewables.

It is about 60 percent of the cost of nuclear plants of equivalent capacity and as noted above the energy is abundant and long-lived.

Better yet we could put those trillions to work resolving the other concerns of humanity most of which are addressed by abundant, cheap, and zero-emissions energy.

We all would have been better off, had the GESAMP  left the lead, thermodynamic geoengineering could reduce global warming, alone.