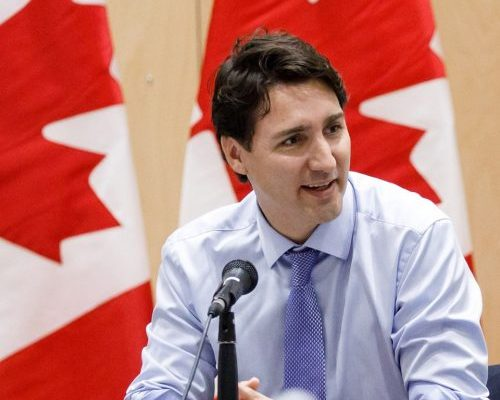 Two-thirds of Canadians want the country’s response to the climate crisis to continue or accelerate under Justin Trudeau’s minority Liberal government, and nearly 60% were dissatisfied with the Conservative Party’s climate platform in the recent federal election, according to polling results released last week by Clean Energy Canada.

“If you want to be prime minister in this country, you’d better take climate action,” said CEC Executive Director Merran Smith. “You can’t secure a majority mandate in Canada while campaigning on going backward. Climate ambition is not only the right thing to do—going forward, it will also be a prerequisite for any party seeking power.”

“This election produced a minority Parliament, but it’s a majority when it comes to the issue of climate change,” said Pollara President Craig Worden. “Canadians who voted Liberal, New Democrat, Bloc, and Green want to see the government put a high priority on taking strong action to fight climate change in the current term.”

The survey of more than 5,000 voters by Pollara Strategic Insights showed that 37% of voters want the Liberals to enact the climate plans they campaigned on and 30% want them to go farther, Clean Energy Canada states. Support for continued or expanded climate action stands at 90% among Liberal and Green voters, 86% among NDP supporters, 84% among Bloc Québécois backers—and 31% among Conservative voters.

The results also show how poorly the Conservative climate plan connected with most voters, with 50% saying their policy package set out to do too little, too slowly. “Among Conservative voters, 69% thought the party’s climate plan was ‘about right’,” CEC writes. “However, it was seen as doing too little by large majorities of Liberal (73%), NDP (74%), Green (78%), and Bloc (63%) voters.”

With Trudeau just nine days away from appointing the new federal cabinet, the poll shows 41% of respondents strongly supporting and 37% somewhat supporting a “large-scale jobs program that invests in clean energy and green infrastructure”. 63% support strong climate targets that eliminate Canada’s greenhouse gas emissions by 2050, with only 29% opposed. Support for other climate policy measures stands at 61% for federal climate accountability legislation, 55% for gradually phasing out fossil fuel production and helping workers shift to new industries, and 51% for phasing out oil and gas subsidies, with 35% opposed.