In November 2012, BP settled the Justice Department’s criminal case against it in the wake of the 2010 Deepwater Horizon oil disaster, agreeing to pay $4.5 billion in fines and admit it was guilty of 11 counts of manslaughter. But that 10-figure deal was just the tip of the iceberg.

The civil trial to assess BP’s violations of the U.S. Clean Water Act began in New Orleans, a process that will end with additional fines that could exceed four times that amount.

The civil trial will determine responsibility for an unprecedented environmental disaster, in which BP’s high-pressure Macondo well ruptured and discharged nearly 5 billion gallons of crude oil in to the Gulf of Mexico — as well as the amount of fines the company must pay to the U.S. Federal government, Gulf Coast states, and municipalities for violations of federal environmental law.

If Federal District Judge Carl J. Barbier agrees with the Justice Department that BP was grossly negligent in its handling of the blowout and oil spill, the London-based oil giant could face more than $17 billion dollars in federal fines under the Clean Water Act. While this would be a record fine under the statute, it corresponds to the unprecedented scale of the environmental disaster the company caused, because responsible parties are charged per barrel of oil spilled. And it would still be significantly less than the $26 billion in profit BP amassed in 2011 alone.

In addition, Gulf Coast states are seeking more than $34 billion in damages under the U.S. Oil Pollution Act, which was passed in response to Exxon’s 1990 spill in Valdez, Alaska. The OPA explicitly authorizes U.S. states to impose their own fines and penalties on parties deemed responsible for oil spills that affect them.

Continuing its effort to shift blame for the accident, BP argues that it was not grossly negligent, and that its contractors Halliburton and TransOcean instead share significant responsibility for the spill. TransOcean, from whom BP leased the Deepwater Horizon oil rig, settled with the Justice Department in November of 2012, admitting criminal and civil violations and agreeing to pay $1.4 billion in fines.

BP’s latest trial follows its settlement last fall of the US government’s criminal case against the company. In that agreement, BP pled guilty to 14 criminal counts stemming from accident, including manslaughter in the deaths of 11 oil rig workers that were killed when safety equipment failed, and the oil rig exploded and sank. BP also admitted to obstruction of Congress, for purposefully providing lawmakers with estimates of oil-discharge rates 10-times lower than what they knew was occurring. As part of the criminal settlement, BP agreed to pay $4.5 billion over 6 years.

Thanks to the RESTORE Act, which Congress passed and President Obama signed into law as part of a larger transportation bill in 2012, 80 percent of the civil fines paid by BP and other responsible parties will go directly to the affected Gulf Coast states to fund economic and environmental recovery — rather than going to the U.S. Treasury — making the ultimate decision in the current case a critical one for ecosystem and economic restoration in the Gulf. Analysis by the Center for American Progress indicates that by allocating the penalties to ecosystem restoration in Louisiana, Alabama and Mississippi, the RESTORE Act will create thousands of jobs supporting and restoring industries that were devastated by the Deepwater Horizon disaster — such as tourism and fishing, which are cumulatively worth more than $25 billion per year to these states.

The first phase of the trial is expected to take three months, and will result in assignment of percentages of blame among the responsible parties. Reportedly, Judge Barbier has insisted he won’t let the trial drag on for years as occurred following 1989’s Valdez spill.

With funding to restore damaged ecosystems along the Gulf Coast hanging in the balance, Judge Barbier’s sense of urgency is welcome and warranted. Gulf Coast residents and the American public deserve a prompt, decisive and just resolution.

DistribuTECH Returns to the Big Easy

2019 marks my 6th year serving on the advisory committee for the DistribuTECH conference and exhibition.   DistribuTECH remains the marquee event for utility professionals to attend, drawing more

GE subsidiary in Denmark: US tech center in New Orleans

Another win for some renewable energy & clean tech jobs in the United States, as LM Wind Power (a Denmark-based GE subsidiary) opens a tech center in New Orleans to test new design and building techniques for wind turbine manufacture. 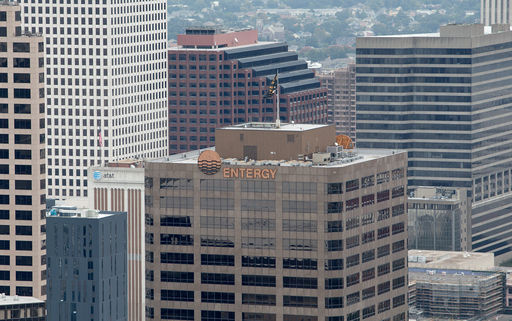 How much should electricity cost in New Orleans? Entergy states its case

Entergy's proposal calls for two phases of rate increases for residential customers in Algiers, who were switched from Entergy Louisiana to its New Orleans subsidiary in 2015. Its first adjustment, effective August 2019 according to its revised.. “It was eerie to watch images of New Orleans’ flooding almost a year after the Baton Rouge flood,” Tam Williams, a videographer who lives in Baton Rouge, Louisiana, told me. Every time it rains, she...

DistribuTECH Returns to the Big Easy

GE subsidiary in Denmark: US tech center in New Orleans

How much should electricity cost in New Orleans? Entergy states its case