tipping point: the critical point in a situation, process, or system beyond which a significant and often unstoppable effect or change takes place

There has been much discussion regarding potential future climate “tipping points”, particularly among climate change alarmists, but also among some members of the consensed climate science community. The typical concern is that some combination of higher atmospheric GHG concentrations and positive water vapor feedback might trigger a rapid and uncontrollable rise in global average surface temperatures.

Earth has experienced numerous and largely regular “tipping points” throughout history according to numerous paleoclimatic reconstructions. The graph below is a temperature anomaly history reconstruction over the past approximately 800,000 years. An interactive version of this graph is available here. Note that the temperature anomalies and time periods shown are not as precise as indicated when selecting points on the graph because of the limitations of the various proxy records on which the graph is based. 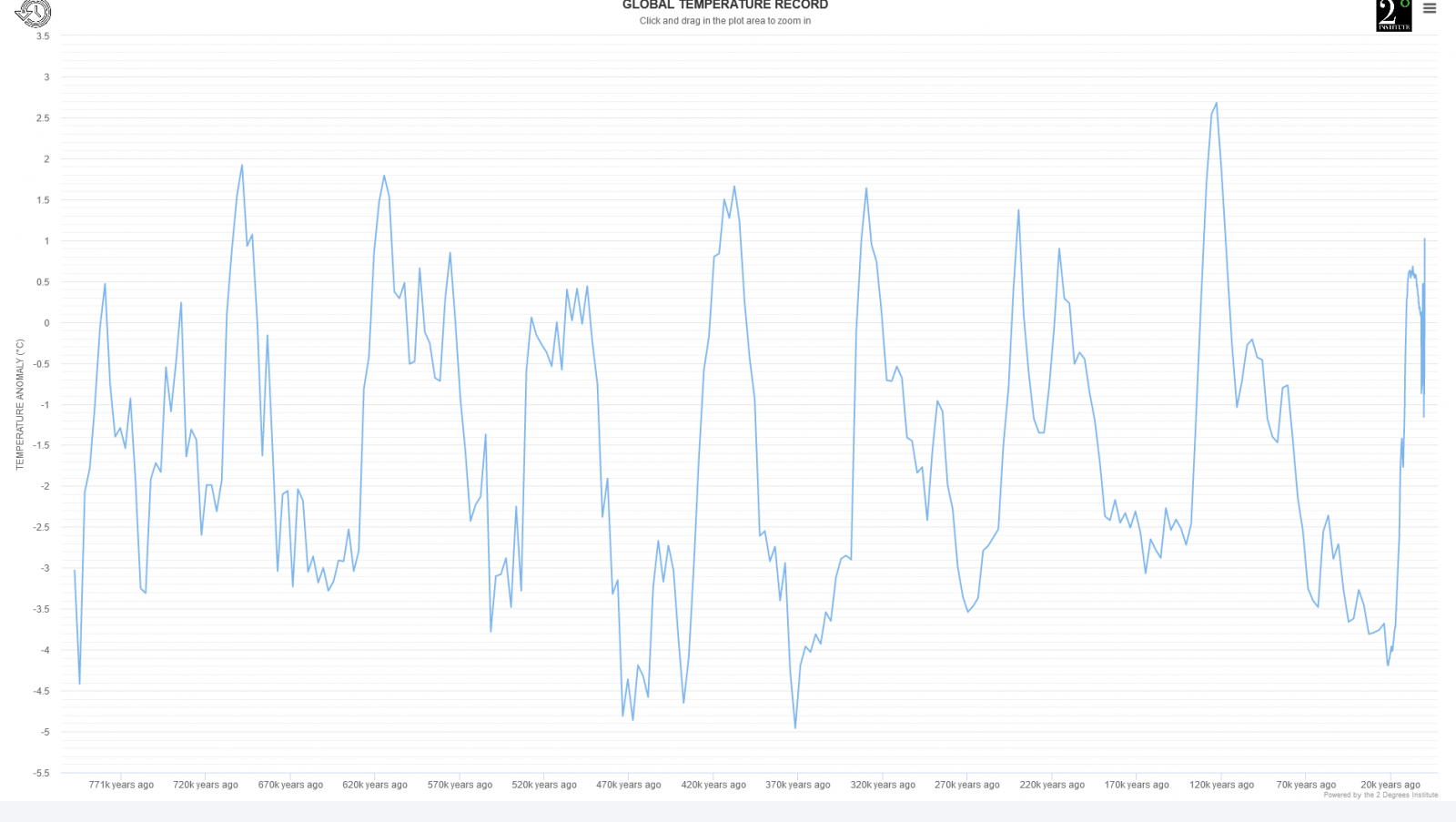 The important points here are that the earth has experienced numerous tipping points in the past, but in the process has varied within a relatively narrow range of temperature anomalies. Each of these tipping points occurred without anthropogenic intervention and was strictly a function of natural variation. The numerous minor tipping points over the period suggest the prior occurrence of modest temperature excursions similar to the Roman Warm Period, the Medieval Warm Period and the Little Ice Age.

This 800,000 year history of temperature anomaly fluctuation suggests that the natural variation which has occurred over this period is likely to exist today and to persist in the future.