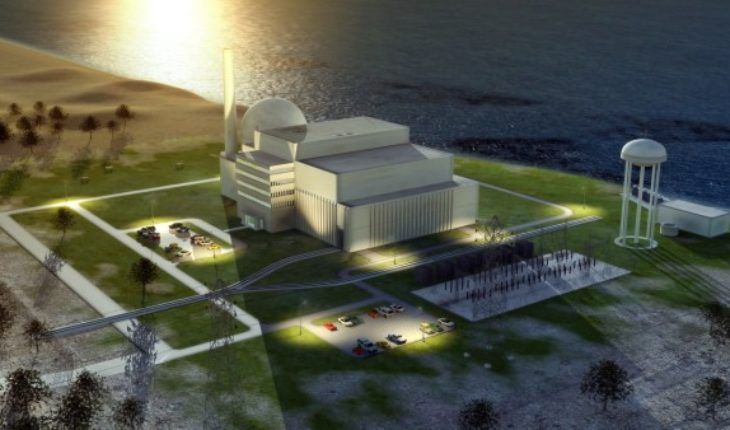 Andrew Yang mentioned Thorium Nuclear Reactors as one of the advanced nuclear fission reactor concepts. Yang has also talked about making a prototype thorium reactor by 2027. There is a US startup working on a Liquid Fluoride Thorium Reactor. If Flibe Energy was fully funded then they could build their planned 20-50 MW modular nuclear reactor by 2027. China also has an extensive molten salt and thorium reactor program. It is also possible to have more conventional reactors or pebble bed reactors adapted to use some thorium.

Yang has proposed nuclear subsidy—$50 billion over five years. If there was that level of subsidy, then the other advanced nuclear projects would complete for it. There would be a lot of push for the molten salt reactors that use Uranium. The Thorcon molten salt reactor seems like a design that could scale to 100 GW per year of construction. In the rest of this article, I will review the status of the US, China and Indian Thorium reactor projects.

Liquid Flouride Thorium Reactors are technically more developed than nuclear fusion. A small molten salt reactor was built and operated by the US in the 1960s. Liquid Fluoride Thorium Reactors can be ultra-safe, no nuclear waste, hyper-efficient and very low cost. Conventional nuclear fission reactors are the safest energy in terms of deaths per terawatt hour. Conventional nuclear can be built at very low cost. 80% of the new reactors being built are being built in or by China, South Korea and Russia. Those reactors are being built in 4 to 6 years and at three times lower cost than recent US and European reactors. The nuclear power in France which powers 70% of french electricity was built in the 1980s and provides energy that is about three times cheaper than the build up of solar and wind that has been going on in Germany since 2000.

India has the design of an Advanced Heavy Water Reactor that would use thorium. The design of the 300 MWe AHWR (920 MWt, 284 MWe net) was completed early in 2014 at BARC. It is mainly a thorium-fuelled reactor but is versatile regarding fuel. Construction of the first one is due to start 2017 for operation about 2022 2020 for operation about 2025. Nextbigfuture bets India slips to about 2024 start and a 2030 completion.

In 2018, Flibe Energy was awarded $2.6M by the DOE to Develop NF3 Fluorination. In 2019, Flibe Energy gotten two GAIN vouchers ($50K-500K with 20% cost sharing). One with the Pacific National lab and one with Oak Ridge. NE-19-18706, Metal Organic Frameworks for Noble Gas Management in the Liquid Fluoride Thorium Reactor.

The Liquid Fluoride Thorium Reactor is a type of Molten Salt Reactor. Molten Salt Reactors are Generation IV nuclear fission reactors that use molten salt as either the primary reactor coolant or as the fuel itself; they trace their origin to a series of experiments directed by Alvin Weinberg at Oak Ridge National Laboratory in the ‘50s and ‘60s.

The US Department of Energy (especially Oak Ridge NL) is collaborating with the Chinese Academy of Science on a Molten Salt-Thorium reactor program, which had a start-up budget of $350 million. Australia’s Nuclear Science & Technology Organisation (ANSTO) is also involved, along with the American Nuclear Society (ANS) on safety standards for the solid fuel TMSR, and with the American Society of Mechanical Engineers (ASME) on material processing standards.

In 2011 the Chinese Academy of Sciences announced plans to commercialize a thorium-based MSR in 20 years (it is also developing non-thorium MSRs and solid fuel thorium reactors). The Shanghai Institute of Applied Physics has since employed 700 nuclear engineers for this project.

China theoretically has enough thorium to supply all its energy for the next 20,000 years.

The 2MW test reactor (2-MWth liquid fuel test reactor -TMSR-LF1) has slipped to 2020 instead of 2018. The candidate site is located in Wuwei, Gansu Province, about 2000 Km from Shanghai.

* Completed the preliminary design and pass the expert review organized by the Bureau of Major Tasks, CAS in Jun. 2018.
* Start up the processing and manufacturing of key materials and equipment, and determine the manufacturer.
* Design of equipment construction drawings was completed jointly with manufacturers in Feb. 2019.

China’s high temperature pebble reactors that are commercializing next year will also use some thorium.

The HTR-PM will pave the way for larger units based on the same module. The 600 MWe Ruijin units will effectively be three HTR-PMs. INET is in charge of R&D, and is aiming to increase the size of the 250 MWt module and use thorium in the fuel.

He may not win the Dem nod, but this kind of high profile shoutout can't be overlooked in what it might mean for people in the mainstream listening, researching, and learning about the tech