Thinking outside the hothouse. 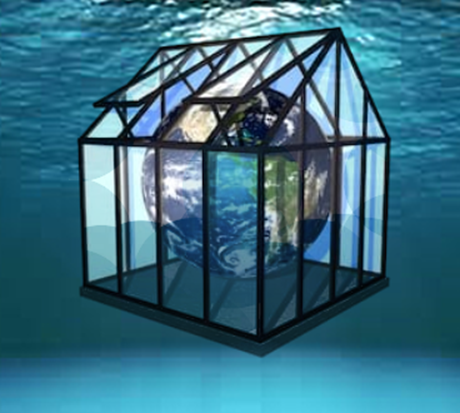 Invention is the creation of a product or introduction of a process for the first time as opposed to improving or making a significant contribution to an existing product, process or service, which is innovation.

Inmaculada Sánchez-Machín in researchgate uses the example of optical cameras as opposed to digital photography. As she puts it, disruptive thinking is "thinking against the box".

Those thinking outside of the box are usually considered mavericks, unorthodox or independent-minded persons.

In the Japanese culture, the expression is Inglés”, “The nail that sticks out gets hammered down,” but deviation from the norm is met by resistance pretty much everywhere.

A greenhouse is a box in which plants are grown that need protection from cold weather.

The atmosphere is a greenhouse that has kept the average temperature of the planet 32°C warmer than it would be without an atmosphere and has warmed 1.1°C over the course of the past 150 years per the IPCC graphic below. 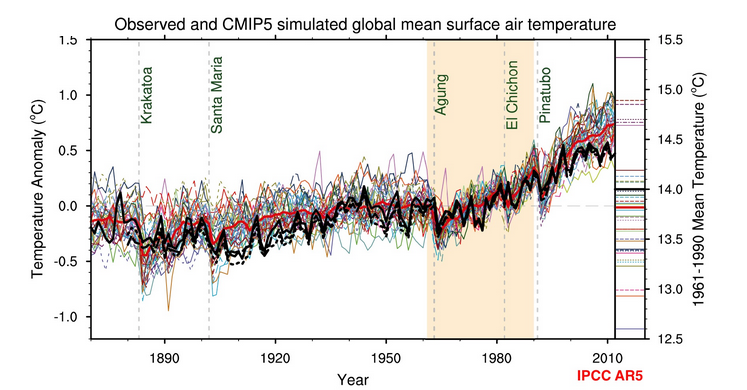 David Wallace-Wells described how our greenhouse could become uninhabitable by the end of this century in his New York Magazine article “The Uninhabitable Earth”.

Instead of an annual average temperature of about 14.7°C, he says most regions reach a wet-bulb maximum temperature of 26 or 27°C and the red line for habitability is 35°C.

In the Saudi desert temperatures over 49°C are common.

The paper Global ocean heat transport dominated by heat export from the tropical Pacific by Forget and Ferreira demonstrates that heat redistribution is one of the main mechanisms by which the oceans regulate the Earth’s climate.

Per the following graphic from that paper the tropical Pacific, exports four times as much heat as is imported in the Atlantic and Arctic and the unique ability of the Atlantic and Indian oceans to transport heat across the Equator, Northward and Southward, respectively.

They reveal the net effect of ocean heat transport on the Earth’s heat budget by removing internal ocean heat loops that have obscured the interpretation of measurements but wouldn’t the disruptive way of thinking about the Earth’s climate consider maximizing these loops per the following figure from Canadian patent application 2958456, a method and apparatus for load balancing trapped solar energy? 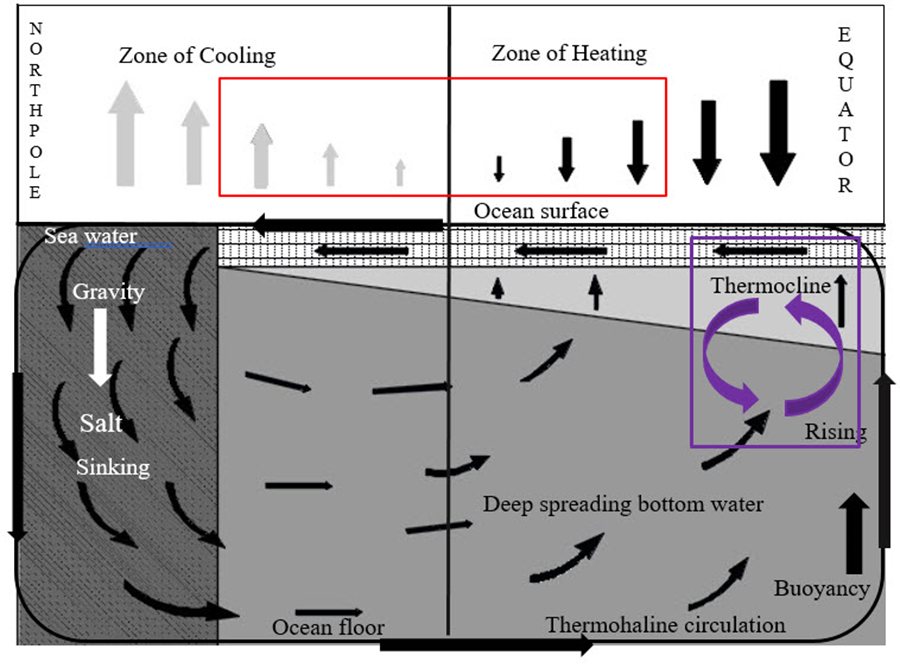 This patent has now been abandoned.

The 2017 Conference Board of Canada report card on innovation ranked Canada 12th out its 16 peers and gave the country a “C” and my province British Columbia rated a “D”.

John McDougall, former president of the National Research Council, in an op-ed How to strengthen Canada’s innovation performance pointed out wealth and prosperity for citizens requires a research and innovation system that provides technologies and processes appropriate to national needs and that can adapt and respond to external pressures and changes in a timely manner.

Canada’s research and innovation system is not well matched to priorities like climate change and is only weakly aligned with critical Canadian issues, needs, and opportunities.

As Aaron Wherry of the CBC recently reported, climate change is on the move — but the political debate in Canada is standing still.

Canada’s parliamentary budget watchdog issued a report today that says the country’s price on carbon will have to be five times what it is now if the country is to reach its Paris greenhouse-gas emissions targets, but doesn’t assess the policy merits of other approaches to reducing GHG emissions.

A year and a half ago Innovation, Science and Economic Development Canada challenged Canadian businesses of all sizes to collaborate with other innovation actors, including post-secondary and research institutions, to propose bold and ambitious strategies that would transform regional innovation ecosystems and develop job-creating superclusters of innovation, like Silicon Valley.

To that end, they created 5 Superclusters, amongst them an Ocean sector and pledged $950 million over 10 years to supercharge the job market and to increase GDP by 50 billion.

After months of waiting, the groundwork for Ocean Supercluster is in place and is mandated to exclusively promote innovation in Atlantic Canada's ocean economy.

As noted above, it is in the Pacific where ocean heat is principally moving away from the equator and towards the poles leading to global warming’s most severe impact, sea level rise.

Last fall, Ottawa announced it would ante up $153 million for the Ocean Superclutser over five years.

Like this writer, other ocean technology companies are questioning the bureaucracy created to oversee the fund and doubting how many small and medium-size businesses will actually benefit. It is the oil and gas companies operating off Newfoundland and Labrador, including Exxon, as well as large fishing companies that will be the greatest benefactors.

Them That Has Gets. Particularly the oil companies who in Canada are receiving $3.3 billion already in subsidies and are undermining the country’s carbon pricing efforts.

Rules spelling out who benefits from any inventions associated with the Ocean Supercluster effort will be announced at the end of the month but the intellectual property for the solution to global warming has already gone by the boards.

The Canadian Chamber of Commerce notes that internal trade barriers cost Canada’s economy more than $14 billion each year and favoring one region over another as has been the case with the Ocean Supercluster is a prime example of this kind of political meddling.

Brian Wang has argued that although solar and wind have gotten a lot cheaper, the overall cost of about $1300 per KW for Solar and $2327 per KW for Wind gets you 1/6th to ¼ the amount energy you get from a nuclear power plant costing $4300 per KW.

As pointed out here the overall cost of OTEC can be as low as $1,119 per KW for which the capacity is greater than nuclear.

“The best way to predict the future is to create it,” Abraham Lincoln.

The best way to create a sustainable future is to use a little unorthodox or independent thought.

The norm will not save humanity.