Is there any work showing carbon intensities of hydrogen made from different sources?

In my recent blog on different colours of hydrogen I included a hierarchy of carbon intensity. In researching the blog I couldn’t find any strong sources of information where the various ends to end process carbon intensities have been calculated. Is anyone aware of any useful work on this?

The answer is yes. The Hydrogen Council just published a report about this, hydrogen decarbonization pathways with life cycle emissions analysis. You can find it on their website I think and on social media. And the IPHE is working on this also in a separate taskforce, see my recent blog with Tim Karlsson on the IPHE website or the CIEP website.

Is there anything from someone a bit more independent? Having read this its basically saying costs of green hydrogen will come down... don't worry! 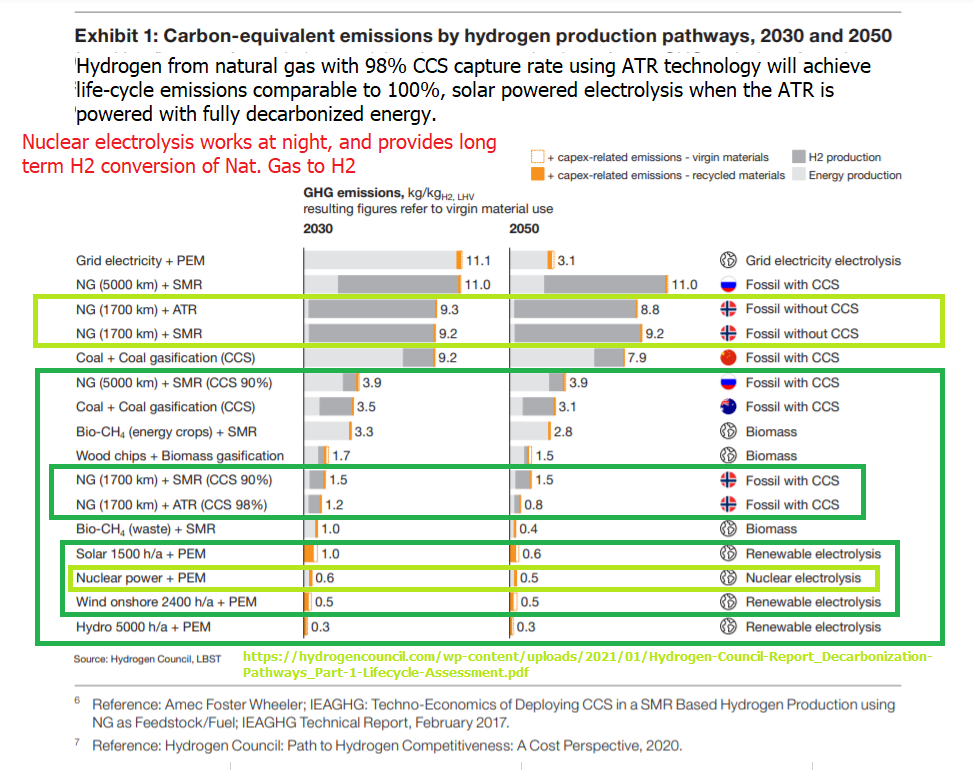 The problem is that the carbon intensity for "green" hydrogen varies enormously depending on how and when it's figured.

The idea for green hydrogen is that's it's supposed to be produced by electrolysis using zero-carbon resources. However, the electrolysis units that produce the hydrogen invariably draw power from the grid. If natural gas supplies an average of as much as 40% of grid supply, then the amount of gas consumed to produce a unit of "green" hydrogen by electrolysis is greater than if the same unit were produced by reforming of natural gas. If instead of natural gas, coal is providing the backing power for variable renewables, it's even worse. In that case, about 75% of power to the grid must be from zero-carbon resources before the carbon footprint for green hydrogen is less than that of hydrogen produced from natural gas.

Green hydrogen really makes environmental sense only after the power grid has been fully decarbonized. Until then, "blue" or "turquoise" hydrogen, made from natural gas with CCS, is a cleaner and more economical option. Even "grey" hydrogen, made from natural gas without CCS, comes out better until a very high degree of decarbonization of the grid has been achieved.

The above is not just my conclusion; it's also the conclusion reached in an EU study on green hydrogen. I've misplaced my link to that study, but I'll add it in a comment if / when I find it.

There is and it is locational. Way too much data for a posting here.

Pelase find attached an emission chart of CO2, by sources. 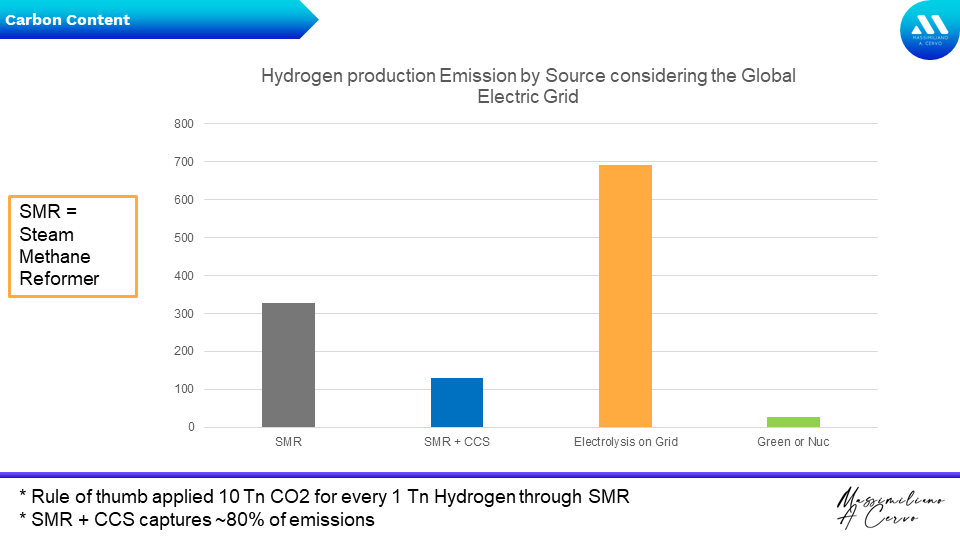 Nice chart. The bar for "SMR + CCS", I believe, is for conventional SMR with 80%-effective CO2 scrubbing of the waste streams. There are newer autothermal reforming processes that can do better. They include air-separation units to provide straight oxygen to the reformer. That eliminates the need to scrub CO2 from a mostly-nitrogen waste gas stream.

Love this question . You might wonder that nobody has definite figures . All are running after a new tone " Hydrogen Hydrogen" . Should we call for rational reactions about new technologies? Not all that shinning is gold .