Teck Gives Up on Frontier Tar Sands/Oil Sands Mine 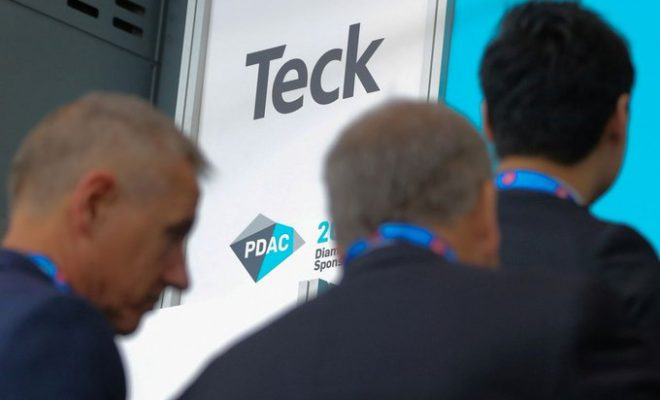 In a bombshell announcement yesterday evening, Vancouver-based Teck Resources has withdrawn the application for its C$20.6-billion Frontier tar sands/oil sands mine in northern Alberta, less than a week before the federal cabinet was due to accept or reject the contentious and carbon-intensive project.

“Global capital markets are changing rapidly, and investors and customers are increasingly looking for jurisdictions to have a framework in place that reconciles resource development and climate change, in order to produce the cleanest possible products,” Teck CEO and President Don Lindsay wrote in a letter to Environment and Climate Change Minister Jonathan Wilkinson.

“This does not yet exist here today and, unfortunately, the growing debate around this issue has placed Frontier and our company squarely at the nexus of much broader issues that need to be resolved,” he added. “In that context, it is now evident that there is no constructive path forward for the project.”

Lindsay conceded that “questions about the societal implications of energy development, climate change, and Indigenous rights are critically important ones for Canada, its provinces and Indigenous governments to work through.” But “the promise of Canada’s potential will not be realized until governments can reach agreement around how climate policy considerations will be addressed in the context of future responsible energy sector development,” he wrote.

“Without clarity on this critical question, the situation that has faced Frontier will be faced by future projects, and it will be very difficult to attract future investment, either domestic or foreign.”

He said he was “disappointed to have arrived at this point,” claiming the project was “socially and environmentally responsible” and had achieved “unprecedented support from Indigenous communities”.

News reports had Teck contacting Indigenous communities in the area of the proposed mine with advance notice of the announcement.

In a statement of their own, Wilkinson and Natural Resources Minister Seamus O’Regan confirmed there will be no cabinet decision on the project. “As Teck has rightly pointed out, and as many in the industry know, global investors and consumers are increasingly looking for the cleanest products available and sustainable resource development,” they said.

“We agree with Teck and leading industry groups that all orders of government need a real plan for climate action now, and to reach a net-zero economy by 2050,” they added. “We also recognize Teck’s leading class consultation work on this project, including their efforts to engage with local Indigenous communities throughout the project development and review process. Teck’s consultation model is a positive example for future  proponents.”

Greenpeace Canada Senior Energy Strategist Keith Stewart told CBC the decision came as a surprise, but Teck had made the right call.

“This project never made economic sense; it didn’t make climate sense; it wasn’t really going to happen,” he said. “So I’m glad that we can now actually focus on real projects that will create good jobs in Alberta, across the country, fighting climate change.”

Alberta Premier Jason Kenney called the announcement a grave disappointment for his province but no surprise.

“It is what happens when governments lack the courage to defend the interests of Canadians in the face of a militant minority,” he said, referring to mounting, Canada-wide protests against the Coastal GasLink pipeline.

“The factors that led to the today’s decision further weaken national unity,” he added. “We did our part, but the federal government’s inability to convey a clear or unified position let us, and Teck, down.”

(None of the predictable pushback made any reference to the horrid quarterly financial results Teck reported last week, nor to Lindsay’s statement late last month that the project might never be built, even if cabinet approved it.)

Industry analyst Richard Masson, executive fellow at the University of Calgary’s fossil-affiliated School of Public Policy told the Globe the reaction from investors is “going to be very negative, I don’t think you can interpret any other way.” He added that the recent decisions by Teck and Houston-based Kinder Morgan to walk away from fossil megaprojects in Canada “are recent examples that should really give us all pause as Canadians about what we’re doing for our investment climate.”