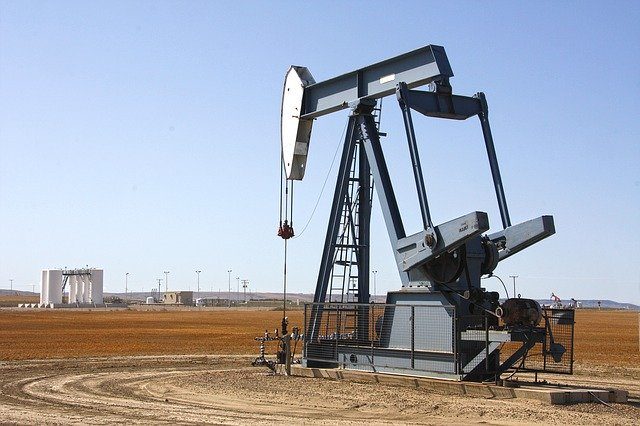 Loan guarantees and other forms of financial risk management from Export Development Canada (EDC) could clear the way for bank loans well in excess of C$100 million to help individual fossil fuel companies weather the financial storm produced by the coronavirus pandemic, leaving taxpayers to help cover the banks’ losses if the companies can’t make good on their borrowing, The Energy Mix has learned.

Last week, a backgrounder released by three leading climate and energy advocacy groups pointed to the 12-month mission EDC had been handed to funnel dollars into the fossil industry, in addition to the C$16 billion already documented earlier this month by the global Energy Policy Tracker. “EDC is not the sole vehicle through which the government is offering bailout money to oil and gas firms,” the backgrounder stated. “EDC’s role is significant, however, and bears scrutiny given the agency’s track record of providing vast sums of support to oil and gas with minimal disclosure.”

Now, the EDC itself says the “risk-sharing agreements” it plans to negotiate will be capped at $100 million per company, but deliver more than that amount to the oil and gas exploration and production companies they’re setting out to support.

“If a financial institution and/or a syndicate of FIs provide a credit facility (i.e. a loan) fit for the needs of the company, then the FI(s) would apply to EDC for an amount of the guarantee up to a maximum amount of $100 million,” a spokesperson told The Mix in an email late last week. “Therefore, if EDC was providing a guarantee for the maximum amount of $100 million, then the total value of the loan that the company would receive from their banks/FIs would be more.”

The actual amount of financing “will be based on a range of considerations such as the company’s size, liquidity needs, etc.,” the email added.

“This is the way guarantees work,” the spokesperson explained. “It’s a risk-sharing structure that allows the company’s banks/FIs to extend the amount of financing [beyond] what they would otherwise provide on their own. This enables companies to access the working capital they need to keep their operations running and to support their employees during the crisis.”

Like any other loan guarantee, taxpayers’ funds don’t flow if a fossil meets its financial obligations.

But “if a company fails to repay and the bank/FI is unsuccessful in reclaiming the money owed, the bank/FI could at that point initiate a process to request a reimbursement from EDC,” the spokesperson said. At that point, “EDC would reimburse the FI for the guaranteed amount.”

Recent news reports have had Canadian tar sands/oil sands producers “piling on debt” while they wait and hope for a resurgence in oil demand, while at least one international news outlet speculates on whether the coronavirus has “killed” the sector. “The spectacular collapse in oil prices caused by the coronavirus pandemic has brought the costliest—and most polluting—oil projects such as tar sands to a standstill, a development some analysts say could be definitive,” Euractiv writes, citing the London-based Carbon Tracker think tank. “Even though oil prices have partly recovered from the April market crash, they have not returned to pre-crisis levels yet, and market analysts wonder if they ever will.”

Royal Dutch Shell CEO Ben van Beurden admitted earlier this month the economy won’t get the “V-shaped” recovery economists have been hoping for, while a surge in new coronavirus infections drove new lockdowns in many parts of the world, including Donald Trump’s health science-challenged United States. Analysts like Rystad Energy have been predicting fossil company bankruptcies this year in the dozens or hundreds.

The EDC spokesperson said agency will rely on financial institutions to assess companies’ creditworthiness, rather than conducting its own review, but had input into criteria for the loans. Among other factors, “upon signing of the guarantee agreement, companies must have suspended dividends, including share buybacks and redeemable securities, and must also demonstrate that they have not increased executive compensation,” the spokesperson said. They’ll also need to issue climate risk assessments consistent with the recommendations of the Task Force on Climate-related Financial Disclosures (TCFD).

The agency’s interview comments focused mainly on the added vulnerability Canadian fossils face during the pandemic, without directly addressing the heightened risk taxpayers will incur by pouring loan guarantees into the sector. “In times such as these, access to financing through traditional sources can be more difficult for companies of all sizes and in all sectors,” the spokesperson said. “By working together with the private sector banking industry through this risk-sharing structure, EDC is helping provide much-needed liquidity to the market, and ultimately to companies who need it to maintain their operations and to support their employees during this challenging time.”

That’s partly because the exploration and production companies on EDC’s radar “represent the foundational upstream segment of the Canadian oil and gas industry. Importantly, they support an ecosystem of companies operating in midstream and downstream activities, such as engineering, transmission, storage, construction, refining, and oilfield service and equipment providers, extending their significant and positive impacts on the Canadian economy.”

EDC “recognizes the considerable strain on Canada’s oil and gas sector that is resulting from the economic impact of this global pandemic and other market-based conditions.,” Chief Business Officer Carl Burlock said when the agency introduced the program April 17. “We will support Canada’s energy sector during these incredibly challenging times. In doing so, we are supporting the hundreds of thousands of Canadians who work in this sector and their families.”