New research suggests that achieving smoother surfaces on a solid electrolyte could eliminate or greatly reduce the problem of dendrite formation. Courtesy of the researchers.

Most of today’s lithium-ion batteries, which power everything from cars to phones, use a liquid as the electrolyte between two electrodes. Using a solid electrolyte instead could offer major advantages for both safety and energy storage capacity, but attempts to do this have faced unexpected challenges.

Researchers now report that the problem may be an incorrect interpretation of how such batteries fail. The new findings, which could open new avenues for developing lithium batteries with solid electrolytes, are reported in the journal Advanced Energy Materials, in a paper by Yet-Ming Chiang, the Kyocera Professor of Ceramics at MIT; W. Craig Carter, the POSCO Professor of Materials Science and Engineering at MIT; and eight others.

The electrolyte in a battery is the material in between the positive and negative electrodes — a sort of filling in the battery sandwich. Whenever the battery gets charged or drained, ions (electrically charged atoms or molecules) cross through the electrolyte from one electrode to the other.

But these liquid electrolytes can be flammable, and they’ve been responsible for some fires caused by such batteries. They are also prone to the formation of dendrites — thin, fingerlike projections of metal that build up from one electrode and, if they reach all the way across to the other electrode, can create a short-circuit that could damage the battery.

Researchers have tried to get around these problems by using an electrolyte made out of solid materials, such as some ceramics. This could eliminate the flammability issue and offer other big benefits, but tests have shown that such materials tend to perform somewhat erratically and are more prone to short-circuits than expected.

The problem, according to this study, is that researchers have been focusing on the wrong properties in their search for a solid electrolyte material. The prevailing idea was that the material’s firmness or squishiness (a property called shear modulus) determined whether dendrites could penetrate into the electrolyte. But the new analysis showed that it’s the smoothness of the surface that matters most. Microscopic nicks and scratches on the electrolyte’s surface can provide a toehold for the metallic deposits to begin to force their way in, the researchers found.

This suggests, Chiang says, that simply focusing on achieving smoother surfaces could eliminate or greatly reduce the problem of dendrite formation in batteries with a solid electrolyte. In addition to avoiding the flammability problem associated with liquid electrolytes, this approach could make it possible to use a solid lithium metal electrode as well. Doing so could potentially double a lithium-ion battery’s energy capacity — that is, its ability to store energy for a given weight, which is crucial for both vehicles and portable devices.

The problem of dendrite formation in lithium rechargeable batteries was first recognized in the early 1970s, Chiang says, “and 45 years later that problem has still not been solved. But the goal is still tantalizing,” because of the potential to double a battery’s capacity by using lithium metal electrodes.

In the last few years, a number of groups have been trying to develop solid electrolytes as a way of enabling the use of lithium metal electrodes. There are two main types being worked on, Chiang says: lithium phosphorus sulfides, and metal oxides. With all these research efforts, one of the prevailing thoughts was that the material needed to be stiff, not elastic. But these materials have tended to show inconsistent and confusing results in lab tests.

The idea made sense, Chiang says — a stiffer material should be more resistant to something trying to press into its surface. But the new work, in which the team tested samples of four different varieties of potential solid electrolyte materials and observed the details of how they performed during charging and discharging cycles, showed that the way dendrites actually form in stiff solid materials follows a completely different process than those that form in liquid electrolytes.

On the solid surfaces, lithium from one of the electrodes begins to be deposited, through an electrochemical reaction, onto any tiny defect that exists on the electrolyte’s surface, including tiny pits, cracks, and scratches. Once the initial deposit forms on such a defect, it continues to build — and, surprisingly, the buildup extends from the dendrite’s tip, not from its base, as it forces its way into the solid, acting like a wedge as it goes and opening an ever-wider crack.

These materials are “very sensitive to the number and size of surface defects, not to the bulk properties” of the material, Chiang says. “It’s the crack propagation that leads to failure. … It tells us that what we should be focusing on more is the quality of the surfaces, on how smooth and defect-free we can make these solid electrolyte films.”

Luntz adds, “I consider it to be an extremely important contribution to the goal of developing practical and safe all solid-state batteries.” 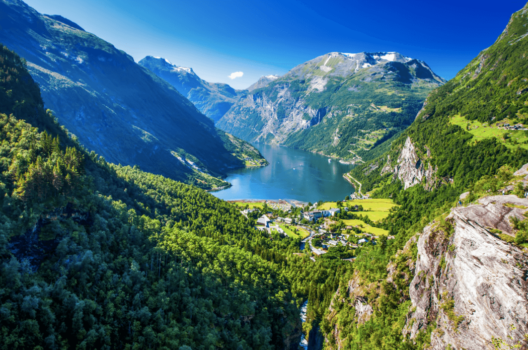