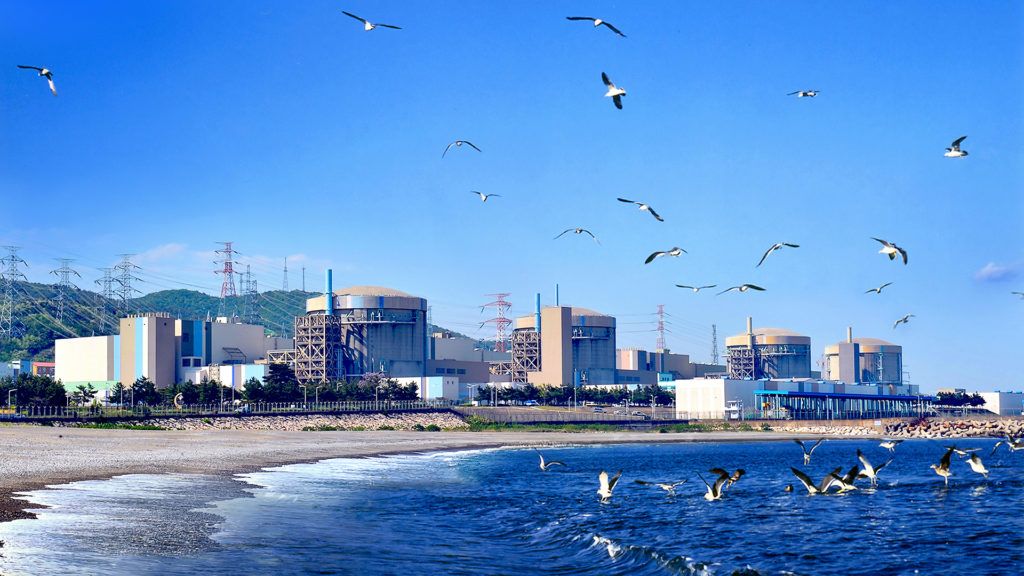 It is with great sadness that we see the Wolsong Unit 1 reactor start to defuel after being shut down prematurely as part of the South Korean government’s plan to reduce reliance on nuclear energy.

This is part of the South Korean government’s commitment to replace nuclear and coal with renewables supported by gas, hopefully one day coming by pipeline from Russia through North Korea. (Today all gas in South Korea comes as LNG and even an optimist would see energy security issues with this pipeline plan.)

We have a long history in South Korea.  We were very active in the development of the contracts for Wolsong Units 2, 3 and 4 back in the early 1990s and worked to secure collaboration between South Korea and Canada for most of the next decade.  This first big project success in Korea holds a special place in our hearts.  And of even more importance, the lessons learned in South Korea are the backbone of our approach to nuclear power projects today and going forward.

In 2017, South Korea elected Moon Jae-in its President.  As part of his platform he committed to reducing the share of nuclear over time.  “So far, our country’s energy policy has been focused on low price and efficiency only, thus neglecting the safety of the people or the sustainability of the natural environment,” he said last year when Kori 1, Korea’s oldest reactor, was retired.  “The new government shall consider the nuclear safety issue as a national security agenda,” he said based on a fear of nuclear power following the accident at Fukushima in 2011 in neighbouring Japan.

Wolsong 1 is South Korea’s second oldest reactor, so what’s the big deal with retiring it?  It is a CANDU and Korea has developed its own domesticated PWR as its main reactor type.  Why should anyone care?  First, its on-time construction as it went into operation in 1983 was a precursor of what was to come from this burgeoning technical and industrial powerhouse in the making.  In the 1970s, four CANDU 6 type units were committed around the world.  Two in Canada (in Quebec and in New Brunswick) and two abroad (Argentina and South Korea).  Even though it was the last of the four committed, Wolsong 1 was the second to go into operation following a short 60-month construction schedule.  This showed how Korea was developing its strong construction industry that focused on success.  They also fully domesticated fuel production with only one CANDU unit in operation, another success story.  It operated for 25 years at top capacity factors until it was shut down for refurbishment and life extension in 2009 returning to service in 2011.

Once again, it was the most successful CANDU refurbishment project anywhere to date.  And that is the rub.  Although reported that it is South Korea’s oldest operating reactor and only had a license until 2022, in reality, it was the newest of the units on the Wolsong site.  A CANDU refurbishment is a complete overhaul of the reactor changing out the entire core so that the unit can operate another 30 years or more.  This means that the Wolsong 1 reactor had the newest components when compared to Wolsong 2, 3 and 4 that came into service in 1997, 1998 and 1999 and should be operated into the 2040s.

In his recent article “Nuclear Energy Needs Truth, Not Truthiness” (truthiness is a term coined by comedian Stephen Colbert to describe the phenomenon – that basically one’s desires, intuitions and fantasies are as true as reality and can substitute for them with no consequence), Jim Conca talks about the importance of the media being “energetic advocates for, and defenders of, the actual, factual truth” rather than succumbing to providing a “false balance” in their ongoing effort to report both sides of the story.  Trying to match experts on one side with others who have no actual knowledge or expertise to support the other is foolish at best, and dangerous at worst.  We need to listen to experts to know the actual truth.

Here is the truth about South Korea.

In 1960, a few years after the end of the Korean War, it was one of the poorest countries on earth.  With a small population and little to no natural resources; even though a peninsula, it was more like an island with its unfriendly neighbour to the north.  Based on sheer determination of its people, South Korea achieved an economic miracle, becoming an industrial giant, a software leader and an exporter of goods and services to the world.  This was in part due to its ability to secure reliable and economic energy to fuel this development.  Today, South Korea produces 70 percent of its electricity from 24 nuclear reactors (27 percent) and thermal coal plants (42 percent). Liquefied natural gas (LNG) accounts for about 20 percent.  Renewables are less than 10%. All its coal and gas are imported.

As for the nuclear sector, since it built Wolsong 1 on time and on budget three decades ago, Korea went on to develop a nuclear industry second to none.  It fully domesticated its standard 1,000 MW design, the OPR1000 and then developed its larger standard APR1400 design on its own.  In 2009, it became a full member of the tier one nuclear club with its first nuclear export to the UAE, a four-unit APR1400 project.  Today the first of these units is complete and ready for operation with the remaining units on a path to completion on schedule.  The UAE project is considered one of the major successes of the global nuclear industry in recent times, when other projects by more traditional vendors have not proved to be nearly as successful.

And what about the public?  Last year, when President Moon proposed to stop construction of the in-progress Shin Kori units 5&6, he decided to make the decision with the help of a jury of the public to secure support for his energy plan.  The Citizens’ Jury announced on 20 October 2017 that it recommended construction of the two units should be resumed. The panel – comprising 471 randomly-selected citizens – voted 59.5% in favour of construction proceeding.  More recently in August of this year, in a poll conducted by the Korean Nuclear Society, 71.6 percent of respondents supported the use of nuclear power in the country, far more than the 26 percent that said the country will be fine without it.

South Korea is a small country and so far, efforts to increase the renewable footprint has also had issues.   Solar power plants installed on mountains are causing landslides. Korean Experts say that the government should slow down its transition to renewable energies due to both environmental concerns (such as the land slides) and energy inefficiencies.  Nuclear remains the key low carbon energy source and with an electricity carbon intensity of about 540g/KWh due to its significant fossil generation, South Korea will not succeed in decarbonizing by trying to replace its nuclear fleet with renewables.    Replacing coal with even more nuclear would be a far better approach.

Even though the nuclear phase out is intended to be long and slow, it is having an immediate effect on the industry.  As one of the world’s most successful nuclear industries, the South Korean nuclear community is demoralized.  It is a sad thing to see.  New graduates are already avoiding an industry that doesn’t appear to have a long-term future, and I would expect that some of Korea’s best and brightest will be getting job offers from the global industry which will be Korea’s loss.  Of course, it is also difficult to export a technology when the strategy at home is to phase it out.  While the term of a South Korean president is 5 years, this is long enough for a lot of damage to be done.

South Korea is truly an economic miracle and has developed one of the world’s most successful nuclear industries.  They have created a fleet of standardized plants that are built at low cost and to schedule.  Their operating performance is excellent, and their people are among the world’s best.  This should be a point of great pride.  It is hard to find any other country that has benefited from nuclear power more than South Korea.  It is a shining example of what to do when building an industry.  Even the Korean people see this to be true. Unfortunately, truthiness prevails as fear shapes the beliefs of its President.  All we can say is President Moon, please listen to your nuclear experts.  They are the very best there is.