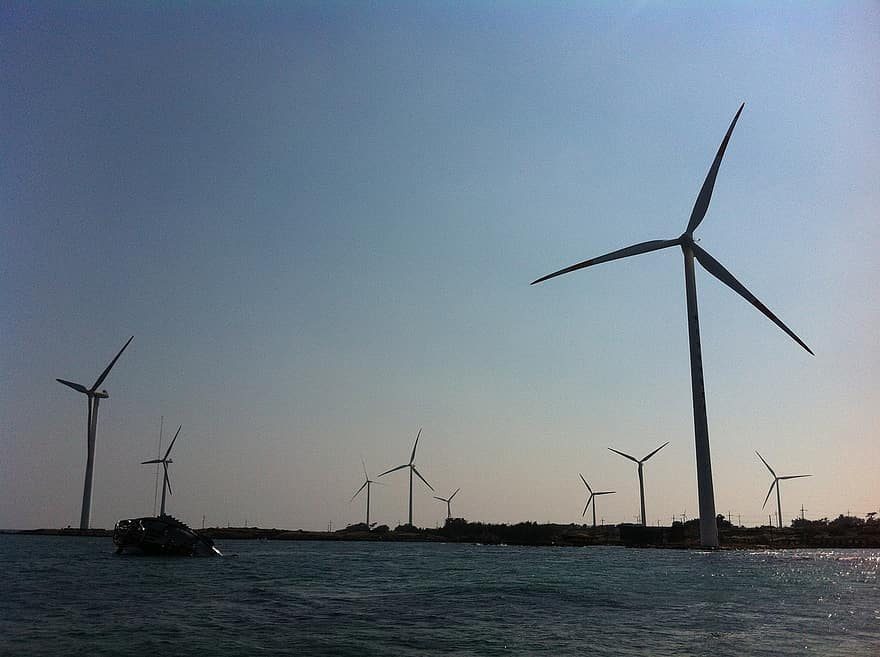 South Korea stepped back from setting a deadline for phasing out its greenhouse gas emissions last week as it unveiled a ₩42.7-trillion/US$35-billion plan to invest in renewable energy and environmental infrastructure.

“The coronavirus pandemic once again reaffirmed the urgency of responses to climate change,” Moon said, in a speech that promised about 1.9 million project-related jobs by 2025.

Greenpeace called the plan a “half-baked deal” that fails to set a course for net-zero.

“While South Korea says it seeks to bring carbon dioxide emissions to net zero, it doesn’t give any timelines,” said Greenpeace East Asia advocacy specialist Jang Daul. “The investment is massive, yet it’s more or less keeping its existing renewables target and lacks all the details about how much greenhouse gas the projects are expected to decrease.”

Bloomberg says South Korea’s previous target called for 54.2 gigawatts of renewable generating capacity by 2030. In his statement last week, Moon called for 42.7 GW of wind and solar by 2025.

“The government will invest ₩9.2 trillion by 2025 on numerous renewable energy projects, including wind farms and subsidies for household solar,” the news agency adds, citing Moon’s announcement. “It will also spend ₩13.1 trillion over the next five years on mobility projects, including for 1.13 million electric vehicles such as taxis, buses, and trucks.”

Bloomberg notes that countries in Asia “have struggled to commit to lowering dependence on carbon-emitting fossil fuels, despite mounting international pressure to transition to cleaner energy sources as warnings over the pace of global warming grow more dire. China, Japan, and South Korea were absent from a commitment at the United Nations climate meeting in December to aim for net-zero CO2 emissions by 2050.”

Countries in the region “have also come under fire for doing too little to combat the spread of coal-fired power,” with state-owned utility Korea Electric Power Corporation “called out by investors for deciding to fund a coal-fired power plant in Indonesia.” Reuters reports that deal tainting South Korea’s green promises, with KEPCO announcing funding late last month for two new 1,000-megawatt units—prompting residents near the Suralaya complex to warn of increased water and air pollution.