That may seem an odd thing to declare say about a state that gets 85 percent of its electricity generation from coal. Indeed, coal may be king, but the king is approaching the end of its reign.

While there are a smattering of solar incentives in Indiana, it’s the market and red-blooded American common sense that is driving the shift to renewable energy. And not just in Indiana.

Across the U.S. Midwest Solar is going mainstream.

I recently had an opportunity to speak with the team from Indiana-based Inovateus Solar at the Intersolar North America conference in San Francisco. I sat down with Nathan Vogel, Director of Strategic Research, and Brand Ambassador Mauricio Anon to discuss the company’s roots, its outlook, and the growth of the clean energy revolution in the United States and globally.

Utilities and many statehouse policymakers may kick and scream, but even in a traditional coal state like Indiana, renewable generation is clearly the path forward.

The arc of Inovateus’ story in many ways reflects the progression clean energy development in the United States: a story of a maturing industry meeting needs of an evolving marketplace.

Solar is no longer a “boutique” industry, and its growing list of customers, ranging from residential consumers to large commercial, government, and utility-scale clients, expect innovative, full-service solutions to their energy demands.

Inovateus provides engineering, procurement, construction, and supply for commercial, industrial, and utility-scale solar development projects throughout the Midwest and globally.

Using a “cross-functional, all-inclusive” approach, combined with a network of strategic subcontractor partnerships, Inovateus can shepherd solar development projects from start to finish, and beyond. It’s this comprehensive, integrated model of project development and asset management that is key to the continued growth and mainstreaming of the solar and clean energy industry.

“We started as a company called Inovateus Development about 11 years ago,” Vogel says.

“At that time the company was building energy-efficient homes and small commercial. We were also exploring different sources of energy like hydrogen, fuel cells, solar, and wind.”

The company eventually became a distributor of Unisolar, a thin film solar cell product. Unisolar is no longer around, but in 2008 the company split off its solar division and Inovateus Solar was born, expanding into the full-service solar developer it is today.

The pioneering spirit of the company’s early days reflects the vision of its founder, the late Tom Kanczuzewski. An avid outdoorsman, naturalist, entrepreneur, and clean energy advocate, Kanczuzewski recognized how the world was changing and wanted to do something about it.

To date, Inovateus has installed or supplied solar projects in Australia, Chile, Panama, the Caribbean, Fiji, Iceland, Liberia, China, and, of course, the United States.

“When we first started, we traveled to great distances to get projects built,” says current Inovateus president TJ Kanczuzewski (the son of founder Tom Kanczuzewski) in a video interview.

“The last few years we’ve seen things change quite a bit in the Midwest, in our own backyard. We’re able to do a lot of work closer to home.”

With more than 250 megawatts of solar projects built and developed, and more in the pipeline, Inovateus has the “audacious goal” of becoming a “top 5” solar developer by 2023. The driving entrepreneurial spirit and “Midwestern values” instilled by Kanczuzewski forged an enduring company culture of a shared vision and passion for ‘building a brilliant tomorrow”.

Values encapsulated in the acronym PEACE:

TJ continues in his father’s footsteps, leading and inspiring a team of talented, dedicated professionals out to change the world.

This post first appeared on the author’s LinkedIn page

The post Solar Goes Mainstream in the Midwest appeared first on Global Warming is Real.

Northern California power consumers are not out of the woods yet. Last week, PG&E cut electricity to around 31,000 households and businesses across NorCal. In mid-October, the trifecta of dryness, heat, and high winds put the region at risk.. 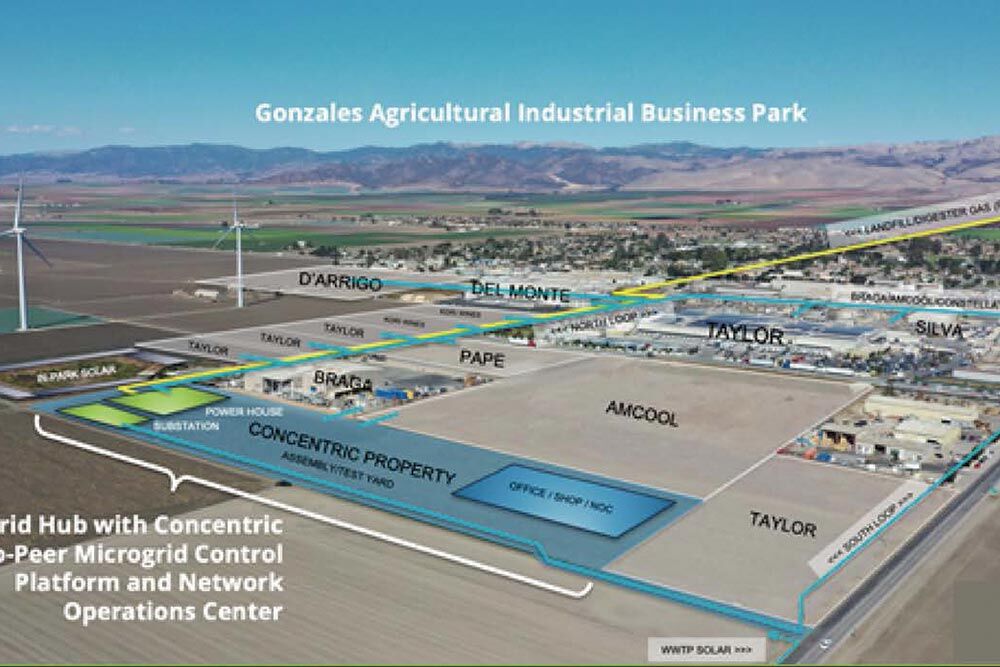 "PG&E’s lack of reliability came into sharp focus last year when the utility cut off power to Gonzales for nearly two days as part of its wildfire prevention blackouts....Rather than give up, Gonzales set out to develop a microgrid that would..