The Solar Energy Industry is Red Hot - Will it Get Hotter?

The solar industry has been very hot. Record amounts of new solar capacity have been installed over the past two years. The accelerating pace of adoption of solar panels for distributed generation (installed at the point of use, rather than sold into the power grid) and the downward trend of module prices have created exuberance over the industry’s future.

Solar has reached and eclipsed price parity with traditional fuel sources in some markets, and ultimately the potential market for solar PV is huge. A solar module costs approximately 1% of what it did 35 years ago and prices for solar pv panels have plummeted since 2010, with an average price per watt for modules falling from $1.81 in 2010 to less than $0.70 and today.

The rapidly decreasing costs of solar cells and corresponding growth of the global solar industry have lead people to invoke Moore’s law and predict that the installed capacity of solar PV on homes and businesses will double every two years. The total installed capacity worldwide and in the U.S. doubled over the last two and a half years. While the steep decline in the cost of manufacturing solar panels appears to be flattening out, the associated balance of system costs, along with customer acquisition, transaction and capital costs will continue to drop, though this will likely happen inconsistently in fits and starts over coming years. Meanwhile, the per-unit cost of retail electricity delivered by utilities will begin to rise as costly infrastructure demands combine with stagnating or falling demand caused by the penetration of distributed power systems. These two merging dynamics – dropping solar costs and rising utility rates for electricity have caught the eye of more than a few investors and analysts.

The opportunity is immense

Solar is still a relatively immature industry. About 0.2% of electricity in the U.S. comes from solar generation and solar has been installed on less than 250,000 homes in the U.S. If a building or structure receives direct sunlight and uses electricity solar could be used to generate some of that electricity. The residential market potential is immense: there are more than 90 million single family homes in the U.S. and as many as 50 million more households in multi-family structures and several million more commercial and other non-residential structures. While solar may not work on every structure in the U.S. just a small wedge of this market is worth hundreds of billions of dollars.

In some markets it is already cheaper for a household to invest in solar than to buy electricity, and the projection is that at a $3 per watt for the cost of installed solar, about 100 GW could be economically installed today without relying on any state or federal subsidy programs. As the market closes on that $3 per watt threshold, the rate of growth will almost certainly explode.  Manufacturing capacity, capital and a skilled labor force will be the only constraints on growth.

Some possible bumps ahead?

The future isn’t all sunshine and excitement – subsidy erosion, attacks from utilities, a slowing of the price reductions of solar panels, an uncertain market for utility scale projects due to low wholesale power prices, and structural market challenges like a lack of adequate and low cost capital are all possible challenges to the near-term success of the solar industry.

Both federal incentives and local support like net metering are at risk of being scaled back. The federal Investment Tax Credit is set to decrease from 30% to 10% if not extended by December 31, 2016. State-level renewable portfolio standards, or regulations that incentivize or require utilities to purchase renewable power or solar specifically, also have an unpredictable future. These portfolio standards are threatened by policy instability, driven by some utilities, but more seriously by conservative political groups like the American Legislative Exchange Council and Heritage Foundation, which are actively campaigning (though unsuccessfully so far) to roll back these programs.

Net metering policies that allow households and businesses with solar to sell their surplus power back to the grid are another important economic program for solar growth, as solar output does not necessarily match energy demand (getting value for electricity generated but not used on site is typically vital for project economics to work). Utilities have made targeted efforts to limit or reverse net metering requirements, arguing that these programs increase their cost of managing the grid, and that the additional costs for solar connections are borne by consumers that have not installed solar. Several utility executives have also begun to acknowledge that distributed energy sources like solar pose a direct threat to the utility business model.

This growing conflict, across state and local policy supports will only add to uncertainty around the stability of the programs that solar depends upon for growth in the near-term. Additionally, as we have seen in markets like with New Jersey SRECs, market dynamics can also erode portfolio standard values and undermine a program’s stability. Uncertainty with respect to program value has two related effects: 1) direct reduction of program value is a drag on project economics, and 2) the inability to obtain loans or investments because investors and lenders will discount the revenue associated with an uncertain program.

This pool of incentives is vital for distributed solar’s immediate future in that they provide the bridge between the price per unit of electricity from on-site solar generation and the delivered cost of power from a utility.

As noted above, the downward trend in panel pricing appears to have slowed. Investment in solar PV production and manufacturing fell by 72% from 2011 to 2012, mostly because of market overcapacity. Despite some recovery (investment is expected to rise by 30% by the end of this year) there is simply less excess panel supply to force down prices in the near-term. While advances in the economic efficiency of other pieces of the full stack of solar system costs – transactional, installation, non-panel components, customer acquisition – will continue to decline, these have historically represented a much smaller portion of the overall drop in the price of solar, and the price declines will be less linear than the decline in panel prices have been.

The utility-scale market will drive a smaller portion of growth than it has for past few years. The third quarter of 2013 saw a decrease in utility-scale solar installations to the lowest level in the past six quarters. Wholesale electricity prices remain low in many markets (islands or any market using diesel fired electric generation are an obvious and important exception), and with fewer mandated pricing premiums from utilities there are fewer opportunities to build economically viable utility scale solar projects.

Additionally, the demand for capital against the rapid pace of growth is a constraint that may not resolve in the near term. The pool of investors and associated available capital that has experience with solar finance remains limited – critically so for tax equity investors – and new market entrants face at least a significant educational barrier to entry. The downstream market for installation and ownership is still very fragmented, and without more players that can draw investments in the hundreds of millions to multiple-billions of dollars range into the solar market, the appetite of large institutional investors, which drive most large-scale infrastructure investment in developed markets, will be limited.

The confluence of these three near-term challenges creates the potential for some mild disruption to the still nascent marketplace. So a market evolution that looks like this:

Is a possibility that needs to be factored into planning for anyone participating in the solar industry.

An aggressive, dynamic, and visionary strategy put in place today will define who wins the solar race

The longer-term future of the solar industry, and especially the future of distributed solar PV, is exciting and the economic potential is simply immense. The industry will certainly go through a period of exponential growth. The solar skepticism that grew out of anti-solar campaigning follow the failure of Solyndra is now a distant memory for most of the industry and increasingly more investors.

Despite this well-founded enthusiasm, there are real near-term concerns that could slow the pace of the industry’s expansion until deploying distributed solar costs less than the utilities’ per-unit cost of power delivery with a high enough level of certainty to attract many more investors than are already invested in solar projects. Actual policy instability and the associated perceived risks could create real limits in the pace of solar’s growth.

As the industry moves forward it will be vital to have vision and strategy – investors and businesses that entered the market early and have survived the challenges so far already understand this. As new market participants look to the huge potential of solar they too must make sure they have the vision, knowledge and flexibility to navigate some potential near-term bumps in order to win a commanding share of the industry’s tremendous future.

Special thanks to Claire Austin, a very smart young clean energy professional, and 2012 graduate of the School of Foreign Service at Georgetown University, who was instrumental in the research and writing of this piece.

This article first appeared in Banking Energy at Energy Trends Insider and subsequently in Breaking Energy. Follow me on twitter here.

Progress for solar efficiency according to this Guardian article where Oxford PV claims that the next-generation solar panels will be able to generate almost a third more electricity than traditional silicon-based solar panels by coating the.. 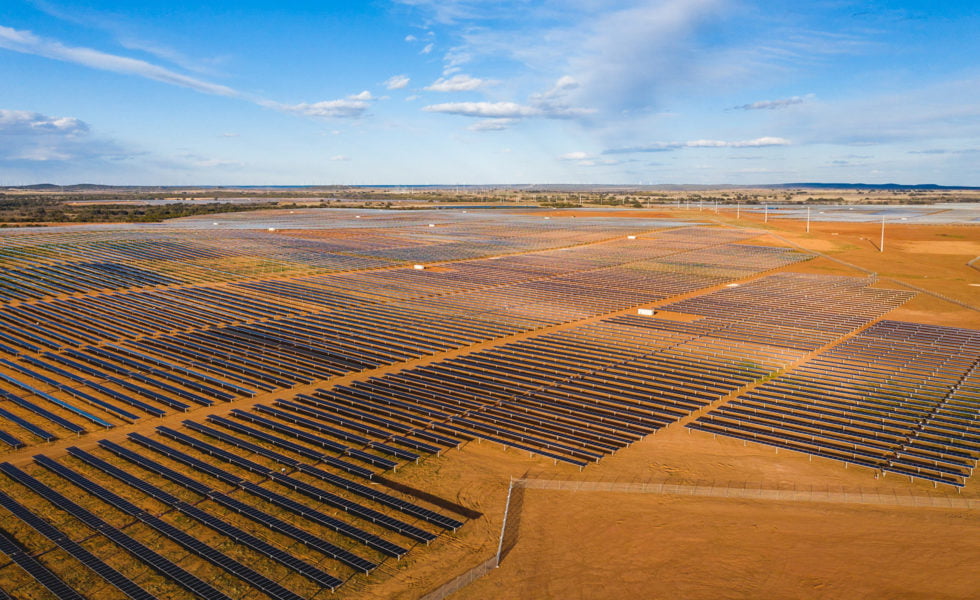