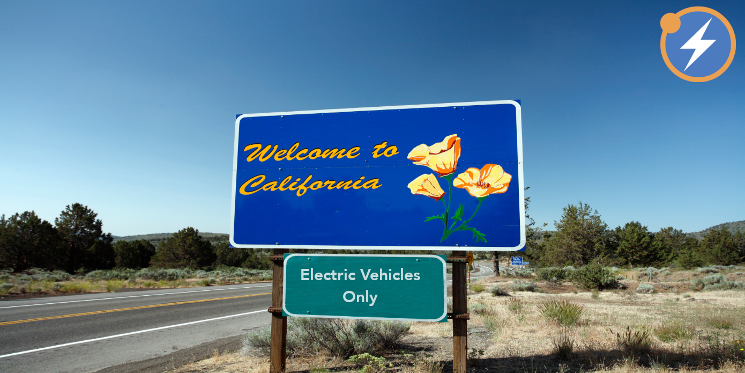 California’s love affair with the automobile is a long and well documented tale stretching from the freeways of Los Angeles up to where the redwoods tower over both Route 101 and the Pacific Ocean. Over the years, the state has endeavored to make this relationship more sustainable in the truest sense of the word. California pioneered the push for new low emission vehicles (LEVs) in the early 1990s. Then came the push for zero emission vehicles (ZEVs). Following Gov. Newsom's September 23 Executive Order (E.O.), the Golden State has signaled that it is ready for the next step as it aims to become the first U.S. state to ensure that all vehicles on its roadways are zero emission.

The Governor’s order starts by establishing new vehicle targets. It requires 100% of new cars, light trucks, and to the extent possible, off-road vehicles sold in the state to be zero emission by 2035. For medium- and heavy-duty vehicles, the requirement is set at 100% ZEV sales by 2045, except for drayage trucks – those vehicles that move cargo around ports and other such locations – which must meet the target by 2035. The California Air Resources Board (CARB) is assigned the task of developing the regulations necessary to achieve these targets. The California Energy Commission (CEC) is charged with updating its charging infrastructure needs assessments (work required by AEE-sponsored AB 2127) to determine the amount of charging needed to support that level of electric transportation, while other state agencies are instructed to accelerate their work on charging infrastructure to meet those needs. Finally, the E.O. directs agencies to undertake efforts to transition the state’s fossil fuel production facilities and ensure a just transition for workers in that industry.

Of course, the Governor’s action immediately drew criticism from the U.S. Environmental Protection Agency (EPA) and the White House, part of the ongoing battle between California and the Trump Administration over vehicle emission standards. But in the context of automotive evolution, we think the time is right.

If there’s a common theme in the history of advanced technology consumer adoption – from color TVs to smartphones – it's that the wave sneaks up on you. One moment, mass adoption is just beginning, and seemingly the next, the technology is everywhere. An examination of electric vehicle (EV) technology pretty quickly leads one to the conclusion that EVs are on the cusp, particularly in California.

EVs make up over 8% of new car sales in California, which is the largest vehicle market in the country. The price of lithium ion batteries, the muscle behind the technology, has plummeted by over 80% over the last decade. Analysts now estimate that, as battery prices continue to fall, the upfront cost of an EV will reach parity with a comparable internal combustion engine vehicle as early as 2022, starting with the light-duty vehicle segment in specific geographies. Such parity will be a critical inflection point for mainstream adoption, especially since EVs are already providing drivers with fuel and maintenance savings while delivering a smoother, quieter, and more powerful ride.

Manufacturers see the trend as well, and they are bringing more models to market. There are now 15 electric vehicle models available for sale in the United States, bearing nameplates from Chevrolet to Jaguar. A host of traditional vehicle manufacturers from Ford and General Motors to startups like Rivian are planning additional vehicle releases over the next two years across various categories, which importantly now include offerings in the dominant pickup truck and sport utility vehicle segments. Perhaps even more telling, amid a global pandemic and associated economic collapse, a number of EV manufacturers, including Tesla, Rivian, Lordstown, and Workhorse, have all raised significant amounts of new capital.

All this is good news for California, which can now showcase the benefits of electric transportation. EVs are already driving down rates for all utility customers. Over the past eight years, in the two utility service territories with the most EVs in the United States – PG&E and Southern California Electric – EVs have contributed $806 million more to utility revenues than additional costs, pushing down electric rates for all customers, EV drivers and non-EV drivers alike.

Furthermore, at a time when the state is suffering from a global pandemic and some of the worst wildfires in recorded history, electrified transportation will provide California with substantial public health and environmental benefits. A recent report found that California could experience over $22 billion in annual public health benefits by transitioning to an electric fleet. And a number of electric transportation solutions can be targeted for low-income and minority communities that suffer disproportionately higher levels of exposure to the local pollutants emitted from ICE vehicles.

And then there is economic growth, and California is seeing an entire industry taking shape within the state. ZEVs are now the second largest source of exports for California, with over 25 ZEV manufacturers and charging companies in the state along with a number of other businesses that provide services and support. That’s why 40 companies signed a letter to Gov. Newsom pledging their support for his E.O. “We stand ready to work with you on this transition so that the state can successfully achieve your vision,” the letter concludes.

The pieces necessary for the transition to electric transportation are falling into place. In the most recent legislative session, AB 841, which will accelerate the regulatory process for infrastructure buildout, passed and was signed by the Governor. There’s much more to be done, but California now has the opportunity to pave the way toward an electric transportation future by efficiently implementing the E.O., thereby giving other states reason to follow in the Golden State’s – electric – footsteps.