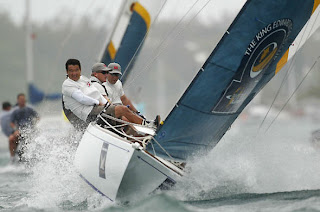 An innovative program to build prototypes of multiple designs of small modular reactors (SMRs) at the Savannah River Site (SRS) is getting off to a rocky start. The anti-nuclear group Friends of the Earth (FOE) is charging that the Department of Energy (DOE) is trying to avoid having to submit the projects to the Nuclear Regulatory Commission (NRC) for licenses to build them.

The issue that FOE brings to the fore is that even research reactors need licenses and even if they never generate any electricity for use on the grid. This is the point where the DOE and the NRC part ways.

DOE is asserting its authority over R&D projects on DOE sites, like SRS, saying an NRC license isn’t necessary. On the other hand, a source familiar with the ways of the NRC tells this blog, “there are no special cases for prototypes.”

Here’s the pro and con in quotes from the Augusta Chronicle for Jan 19.

“SRS plans to fully engage the NRC throughout all aspects of any reactor project at the site, and that may include licensing,” said Jim Giusti, an Energy Department spokesman at SRS. “

“However, DOE does have the authority to construct, operate and monitor safety of research reactors at its sites. NRC regulation is not necessary unless these reactors feed electricity to a commercial grid.”

Scott Burnell, an NRC spokesman in the agency’s Washington headquarters, also said the Energy Department has indicated it fully intends to comply with licensing guidelines.

“Everything the NRC has seen from those departments indicates they fully intend to use the NRC licensing process if they intend to pursue small modular reactors on Department of Energy facilities.”

It’s DOE position that got socks in a knot for Tom Clements, the Southeastern Nuclear Campaign coordinator for Friends of the Earth.

“Construction of ‘small modular reactors’ that are not licensed by the Nuclear Regulatory Commission would violate U.S. law as well as endanger the public, and we will strongly oppose any attempt to avoid required licensing of such reactors.”

Early progress on SMR licensing would be a good idea

Everything this blog has heard, aside from the fantasies of some marketing types talking to new investors, is that future customers want the NRC licenses done and soon.

One of those customers is the Department of Defense (DOD) which would rather get electricity for tactical jet fighter squadrons from an SMR than reply on the grid in a potentially unfriendly country. DOD is not going to bet the tactical readiness of a front line fighter squadron, or the safety of our service men and women, on an unlicensed reactor.

That said FOE’s Clements sees his job as attacking anything that looks like a weakness in the nuclear world as a means to thwart the nuclear renaissance. The anti-nuclear agenda isn’t about licensing. It is designed to set the bar so high that the safest reactor is one that is never built.

The Department of Energy is helping this cause by tap dancing on the licensing issue. SMR vendors who encourage this type of conversation are not doing themselves any favors. Speculation about what investors in SMRs might want, or not, regarding the involvement of the NRC is more or less irrelevant.

There is a workable process available. Just look at how the Tennessee Valley Authority (TVA) and mPower are working to license a 125 MW SMR at the Clinch River reactor site. They are using the old Part 50 process and then plan to blend the resulting information into a Part 52 design certification. Maybe the folks at SRS should take a short trip Oak Ridge, TN, for a briefing?

The Atomic Energy Act is clear that the only exemption for licensing involves a presidential determination on civilian use of “nuclear materials. Maybe someone at SRS should call Sec. Chu to see how willing he is to carry that request to the White House?

SMRs are by their nature low power, usually in the range of 25-300 MW, compared to their bigger brothers which weigh in at 1,000 MW or more. The NRC has lots of experience licensing the large designs because they are all based on similar design principles. Basically, set off a nuclear chain reaction with enriched uranium (3-5% U235) bundled into long fuel rods, use the heat to make steam, drive turbines, and make electricity.

The problem for the NRC is that it has not, in recent years, conducted a safety analysis to certify a design for a “fast reactor” cooled by liquid metal such as sodium or a lead-bismuth mix. These reactors use enriched uranium at levels of 15-19% U235 and operate at much higher temperatures than the light water reactors the NRC knows so well.

The materials used in secondary loops to transfer heat from fast reactors to make steam for turbines can be exotic including helium, carbon dioxide, and liquid metals. There are design and materials challenges ahead before these reactors will hit an engineer’s desk at the NRC. That’s why the prototyping projects at SRS will be useful.

In addition to the Hyperion reactor (25 MW), with its so-called “bathtub design,” there is the GE-Hitachi 300 MW reactor that is designed to work with spent nuclear fuel. Two other SMR developers are also interested in building prototypes at SRS. They are General Atomics with a 240 MW reactor that uses plutonium and HEU and TerraPower’s 300 MW “Traveling Wave” reactor that uses depleted uranium for fuel.

Licensing SMRs will take time, and the NRC will have to go up a steep learning curve for the new “fast reactor” designs. Help is available. The American Nuclear Society and the Nuclear Energy Institute have published a series of technical papers on the multiple aspects of licensing SMRs. The NRC is listening to the ideas from both group as it develops its capability to craft a licensing strategy for the new designs.

Prior coverage on Idaho Samizdat