Should We Talk About Climate Change?

David Roberts, a blogger at Grist, is challenging what he says is an evolving consensus among American “climate hawks” who say there’s “nothing to be gained from talking about climate change”.

These types, according to Roberts, argue that political effort aimed at climate mitigation needs to conceal itself inside debate focused on “innovation, energy security, and economic competitiveness” as a way of getting something i.e. tiny bits of what is required, done, because otherwise nothing would be accomplished at all.

Roberts has published a series 1., starting by describing the views of Dr. Kevin Anderson on how grave the present crisis is.  Dr. Anderson is a former Director of what they say in the UK is its leading climate research institution, the Tyndall Centre.  (Anderson’s latest peer reviewed paper is here.  An audio of Anderson presenting his views at the London School of Economics is here.  An Anderson presentation audio that includes slides is here.)

Anderson’s views are not unique and they are not new.  An issue of Nature extensively promoted an almost identical line in the runup to Copenhagen, i.e. the April 30 2009 issue. The line is also emanating from the PIK, the Potsdam Institute for Climate Impact Research, i.e. Schellnhuber. But anyone not familiar with this line of reasoning should study it.  Anderson is an entertaining down to earth speaker who has updated the argument, as since it emerged, civilization has spent years increasing the size of the fossil infrastructure which has used up even more of this century’s emissions budget which has increased risk and reduced mitigation options.

Anderson is saying the crisis has proceeded too 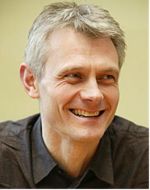 far for the kind of pussyfooting around American activists feel forced to consider.  He claims it is a “widespread view” among the top flight scientists operating at his level worldwide that if warming occurs to the extent his studies at Tyndall indicate civilization has almost certainly committed the planet to as of now, the changes will be “incompatible with an organized global community”, they are “likely to be beyond adaptation… devastating to the majority of ecosystems”, and have “a high probability of not being stable”.  By “not being stable” he means positive feedbacks would be setting in at that point driving the planetary temperature even higher, beyond human control.

“All” studies that declare that a limit of 2 degrees C or some level of planetary warming richer nations continue to pretend to themselves they can cope with is not only still feasible but can be achieved at moderate cost, Anderson says, are based on inaccurate or impossible assumptions, fudged data, and especially on ignoring what is happening in China and India.  He backs this assessment up with solid data.  That supposedly authoritative high level reports such as the Stern, the UKCCC, or ADAM are riddled with flaws this glaring has Anderson saying this to the climate science community:

“I think the climate scientific community has hugely underplayed the size of the problem, knowingly, because its very hard to come up and say what you really think, because people don’t want to hear the message“

But enough of all this good news.  After introducing Anderson’s assessment of the situation to his readers, Roberts explains in a second post what Anderson thinks could be done about it. For those who feel like reaching right now for a bigger drink, Anderson has this to say:

“…this is not a message of futility, but a wake-up call of where our rose-tinted spectacles have brought us.  Real hope, if it is to arise at all, will do so from a bare assessment of the scale of the challenge we now face”. 2.

Because, according to Anderson, “all” effective-mitigation-can-be-achieved-at-moderate-cost reports directed at policy makers set inadequate emissions reductions pathways based on scenarios economists thought were compatible with prosperity rather than on what could possibly limit the damage to civilization and the planet to an acceptable level, his logic leads him to question whether economic growth is still possible, should civilization decide that it should act on climate instead of allowing itself to be destroyed by events.

I’m not sure how Anderson feels about our collective future.  It seems to me that once people screwed themselves up to engage Hitler in all out war because it became clear it was a matter of survival, many had the time of their lives.  Meaningful work was suddenly available for everyone.  Standing tall in an impossible situation, as when Britain faced Germany alone when Hitler had the entire resources of conquered Europe at his disposal and was preparing an invasion if he could just win control of British airspace gave people an understanding of what human beings are capable of, and what government is capable of, that remains inspiring to this day.

Debate then was similar to climate debate now:

Here is Churchill, who found himself in the political

wilderness as he insisted on speaking out that Britain needed to take on Germany in all out war, the sooner the better.

On the other hand there is Chamberlain, pictured when he was the toast of Britain as its Prime Minister, doing what was politically possible, declaring “peace in our time”, the political figurehead of a last burst of collective denial just before war broke out.          –>

I don’t know what it all meant to the bean counters back then, whether they’d call world war an economic calamity or not, but it is these same types who at present call the destruction of the planetary life support system prosperous economic growth.  At this point it doesn’t matter what they say if what they say is we must proceed to commit the planet to a state incompatible with organized society.  This civilization is like Wile E. Coyote after he’s run off the cliff, just before he notices he’s standing on thin air.  It is a fact that WWII is said to have finally put an end to the Great Depression, and civilization emerged from WWII into a long sustained period of expanding living standards.

One way Anderson talks about economic analysis applied to the emission reductions that will be necessary is to bring up how Newtonian mechanics cannot be applied if what you are trying to understand is subatomic particles.  It will take a new vision of what economics is.  We’re going to find it.

We’re going to find out we can do whatever it is going to take to stabilize the only planet known to support life in the universe.  The appearance of more scientists like Anderson on the stage willing to speak frankly about everything that is on their minds is a good sign.  I recommend a study of his views.

These “climate hawks” who say there is nothing to be gained by talking about climate change should think about how history judges Chamberlain and Churchill.

One of the papers Dr. Anderson references that supports his view that what ultimately matters is the cumulative total of emissions civilization emits, i.e. Myles R. Allen et.al. “Warming caused by cumulative carbon emissions, towards the trillionth tonne” Nature 458 1163-1166 (30 April 2009) | doi:10.1038/nature08019

Audio of a debate at the Tyndall Centre between Kevin Anderson and Mike Hulme, the Founding Director, University of East Anglia entitled:  “Are climate scientists the most dangerous climate skeptics?”

Kevin Anderson column published by The Independent, i.e. his views two years ago, for comparison to his views now.  “Point of No return”  That ship has sailed without us, past the point of no return, he now says.  Watching it disappear over the horizon isn’t going to bring it back.  He’s arguing that moves are still possible and we should make them.

Schellnhuber’s keynote slides presentation to the followup “4 degrees conference”, held in Australia  audio here  Other presentations made to that conference here

Graphic of David Roberts is from Grist; graphic of Dr Anderson is from the Tyndall Centre website; the graphics of Churchill and Chamberlain are from Wikipedia commons.

“Should We Talk About Climate Change?“

Let’s be realistic, we’ve had serious discussions about Global Warming for 15 years. The activists want us to do something big, right now. Fair enough. But you don’t get your way just because you desire something. First, you have to convince enough other people. GW activists have failed to do so. And I don’t find this article very convincing. It seems to be more unspecified alarmist rhetoric.

Humanity is not going to stop CO2 production in the near or even medium term. We will adapt to the consequences. This is not some kind of Hollywood blockbuster movie where disaster strikes out of the blew and humanity is destroyed in a 90 minute period. There will be decades to adapt to the changes and humanity has a very long history of adapting to such changes. Humanity has survived a entire series of Ice Ages which were more drastic than Global Warming.

We are smart and clever, we will do fine. Some species won’t survive, but thats a natural evolutionary occurrence and has happened millions of times in the past.

I appreciate your effort to open some minds. Another dominant factor in climate change is the invention of the tractor and steel plow. Farmers plow in the fall to furrow solar collecting dark soil and dry the soil for gaining the longest growing season in the spring. It is their INTENT to warm up the ground so seeds germinate.

When most of the temperate occupied earth is being plowed and sowed for food production, how can there not be climate change? The correlation with the tractor, plow, and growth of cultivation agriculture to climate change must also be considered. Remember, it is the INTENT of farmers to effect a more productive climate, and they should be respected for their success.

Is there an alternative to cultivation agriculture? I don’t know. But the sanctimonious are certainly not helping broaden any solution inquiry. You are, thanks.