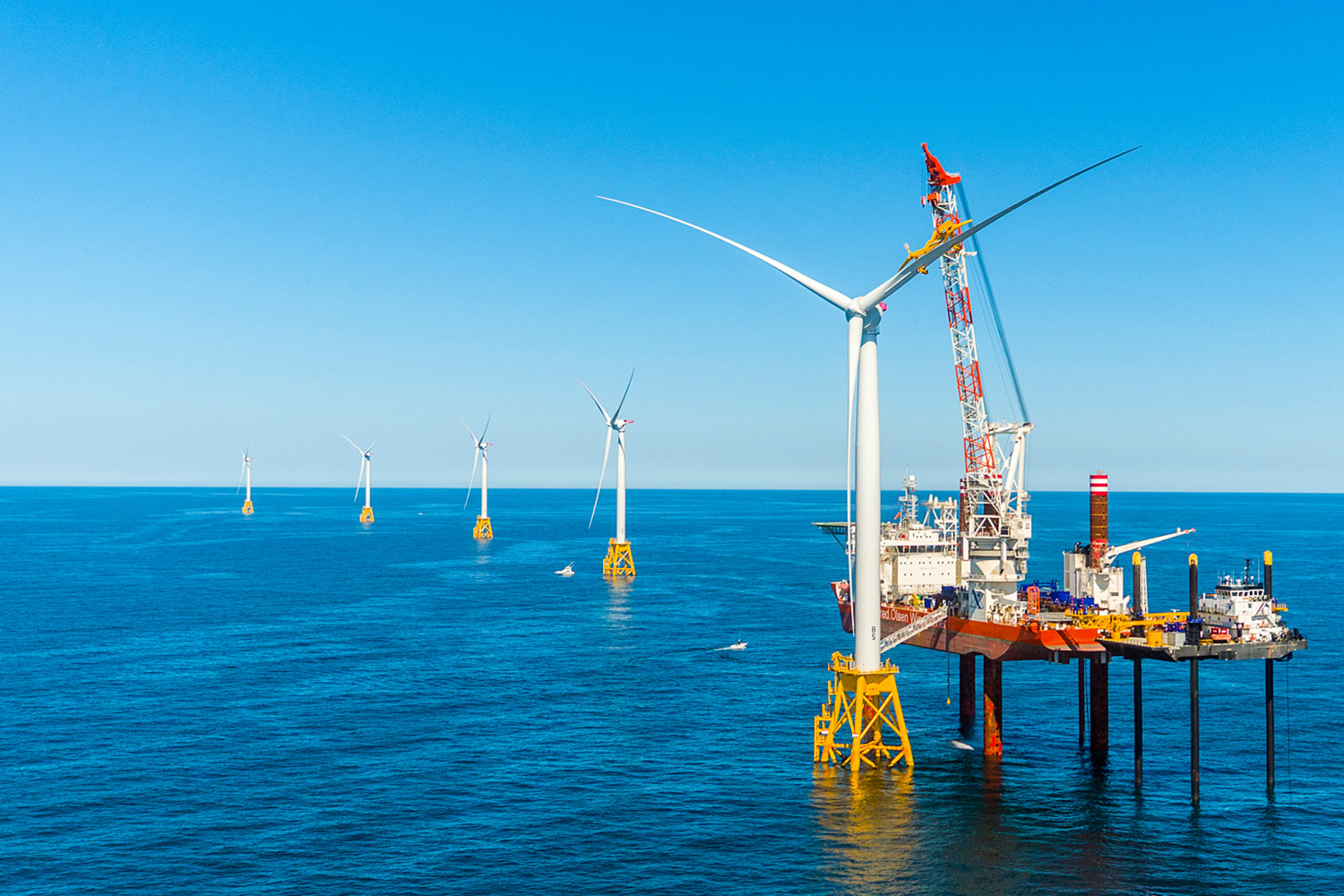 Analysts estimate offshore wind could generate $166 billion in new investment and $1.7 billion in U.S. Treasury revenue by 2022, while supporting 80,000 jobs annually by 2035. Energy Innovation research outlines how offshore wind could tap that potential to become an abundant, low-cost, zero-emission way to meet midcentury climate goals. Policymakers should strongly consider including offshore wind policies and investments in their COVID-19 recovery plans.

Offshore wind technology costs have dramatically declined in recent years, and the trend is expected to continue. In the U.S., power purchase agreement prices for projects commencing operation in 2020 were $224 per megawatt-hour (MWh), declining to $58/MWh for projects fully installed and operational in 2025 (note these figures include the federal investment tax credit). 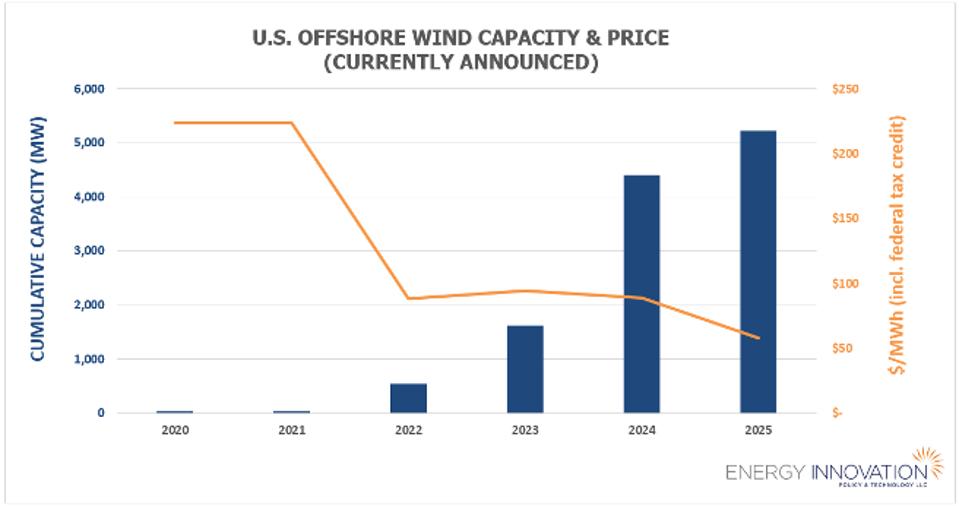 Many East Coast states – with Republican and Democrat governors – have codified offshore wind targets to support increased development, creating more than 28 GW of committed demand for developers to meet by 2035. 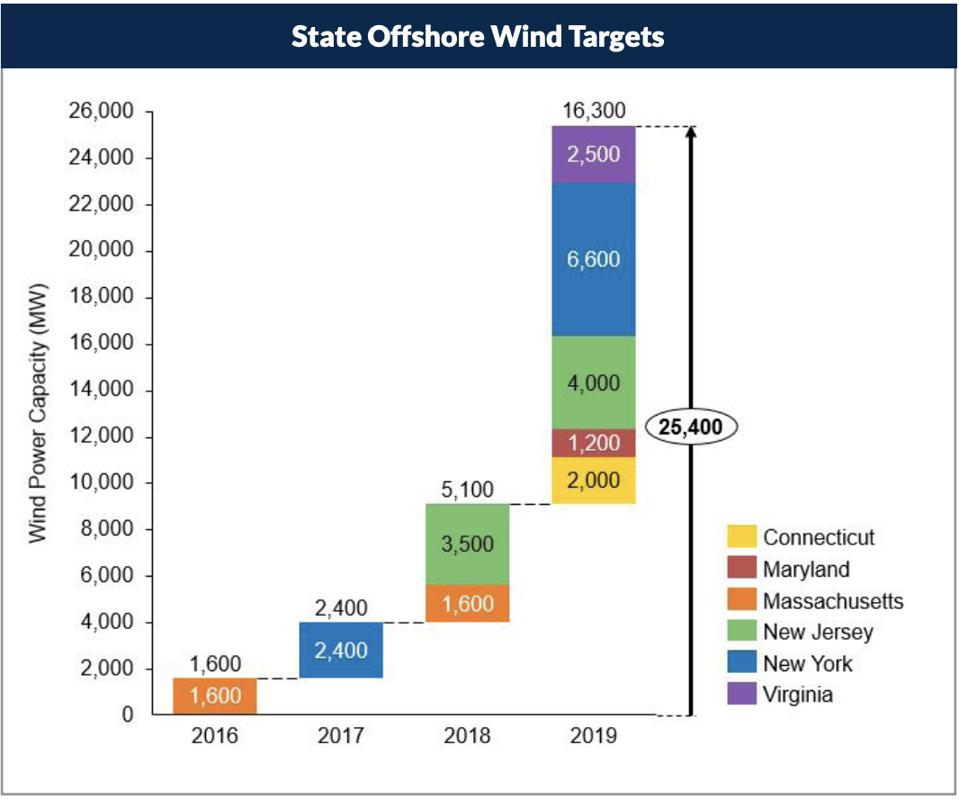 But the East Coast is only part of America’s offshore wind story – more than 2,000 GW of total energy resource potential lies along our coasts. One reason the Northeast has a robust offshore wind project pipeline is its 100 miles of shallow coastal waters, which work well for fixed-bottom turbines.

Floating projects installed until about 2022 would still be considered pilot phase, but cost-effective commercial-scale projects could come online as soon as 2025. Floating offshore wind LCOE is also expected to fall as low as $70/MWh in 2030 from $175/MWh in 2018. 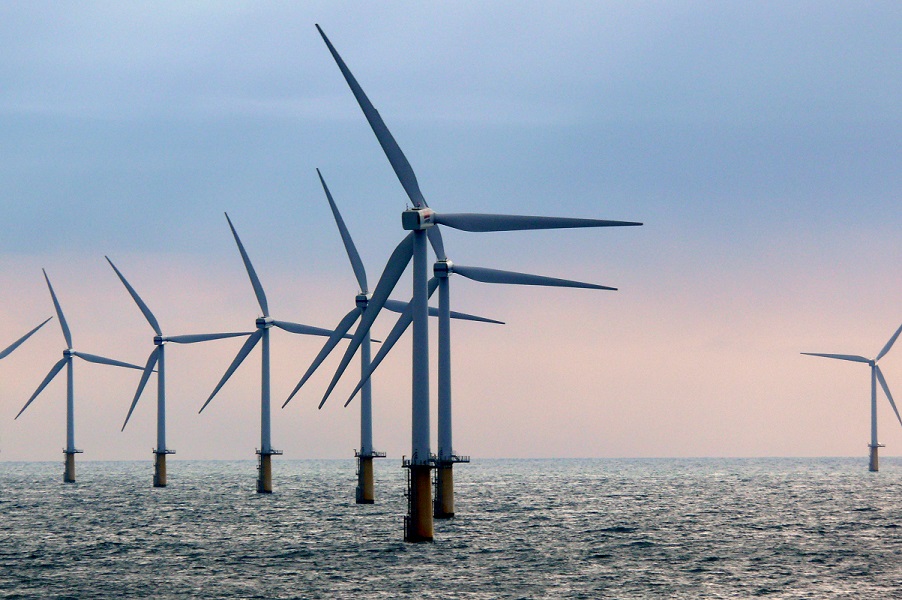 Offshore wind also adds value to the grid by flexibly meeting reliability requirements and resource adequacy needs, complementing solar production, and staying coincident with customer demand. ISO New England (ISO-NE) found that offshore wind provides fuel security, particularly during extreme weather, such as the 2018 bomb cyclone. ISO-NE modeled how a 1.6 GW offshore wind farm off Massachusetts’ would have changed its energy market response to the event, finding natural gas generation consumption would have been reduced 20% and oil consumption would have been reduced 7%.

Northeastern states have some of the most ambitious climate and clean electricity goals, but a dearth of usable land for renewable energy development makes offshore wind an essential technology for clean electricity goals. The same could be said for West Coast states once floating turbines are commercially viable, because transmission constraints make accessing regional onshore wind difficult.

Because of illiquidity, the government only provides 60 cents of incentive for every dollar it spends. Tax credits should be converted to direct payments so incentive dollars are used effectively. Policymakers can accomplish this by making tax credits refundable or converting them to direct cash grants.

Offshore areas should be approved for wind farms before the seabed is leased to alleviate project delays and increase stakeholder acceptance. During the Obama administration, the Interior Department’s Bureau of Ocean Energy Management (BOEM) awarded leases in areas vetted for major siting conflicts through comprehensive intergovernmental and stakeholder processes. Without federal leadership, states can take initiative by undertaking extensive research and stakeholder engagement to select ideal offshore wind siting areas and propose areas to BOEM for consideration, modeled after New York State’s efforts.

Offshore wind is dramatically declining in cost, significantly growing in capacity, and offers strong value to our grid. We know which policies and investments will elicit offshore wind development. We learned from the 2008 economic crisis that the clean energy industry holds the key to job creation and long-term growth. Let’s use this opportunity to invest in a promising industry to support our economy, workforce, and climate commitments.

As part of its October 15, 2020 Order regarding how New York State will reach the goal of 70 percent renewable energy consumption by 2030 under the Climate Leadership and Community Protection Act (“CLCPA”), the New York State Public Service.. 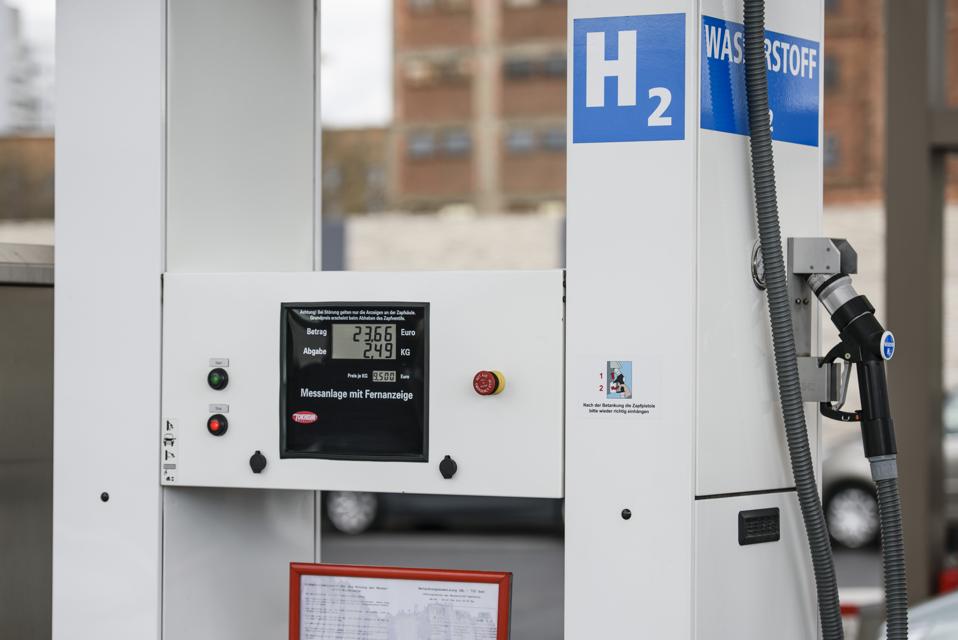 What's the target use case for a more modular electrolyser of this size-- it's not utility scale, so what would be the implementation of...

By 2026, energy storage is expected to top 1.0 GW with a potential annual net electricity consumption of about 200 GWh.  By 2030, storage resources ar

Matt commented on ...
1st 2/3 2020 - Renewables Are 63% of New U.S. Electrical Generating Capacity (and 100% in June-July-August); FERC Forecasts Solar + Wind to Dominate Growth Over Next Three Years!

Thanks Richard, but the link to the comparison returns