Seeking Consensus on the Internalized Costs of Utility-Scale Solar PV

Solar PV costs depend strongly on several factors, the most important of which being the capital costs, capacity factor and discount rate. The current status of the internalized costs of utility-scale solar PV is well summarized in two recent reports from the IEA and BNEF.

To get an overview of capital costs, a graph compiled by the IEA Medium-Term Renewable Energy Market Report is given below.

The BNEF World Energy Perspective document gives capacity factors of global solar farms in the range of 11-21%. Farms equipped with single or double-axis tracking systems can achieve higher capacity factors, but are generally more expensive than fixed-tilt farms on a LCOE basis due to the added CAPEX and OPEX of the trackers. Tracking systems will therefore be ignored in this analysis.

Discount rates for onshore wind were discussed in the IEA Medium-Term Renewable Energy Market Report where examples were given for a developed nation (Germany) and a developing nation (South Africa). The risk involved in utility-scale solar should be similar to that of onshore wind.

The LCOE of utility-scale solar PV is given below as a function of the capacity factor for different capital costs (at 6% financing costs) and financing costs (at $1800/kW capital costs). Other assumptions include O&M costs of $30/kW/yr and a plant lifetime of 30 years. The Excel file from which these figures were compiled can be downloaded here. 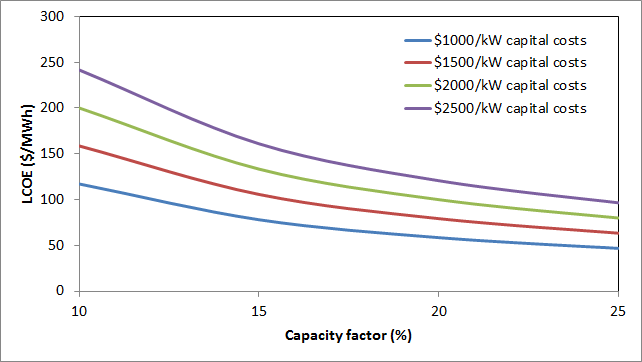 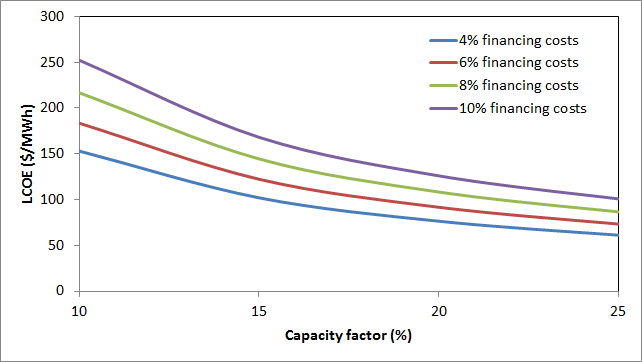 The cost of using utility-scale solar power for heat is given below. 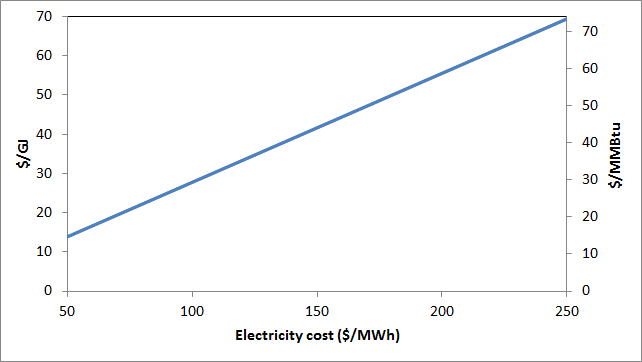 As outlined in the previous article on the internalized costs of nuclear, transport costs using utility-scale solar PV energy will be estimated based on optimistic projected technologically mature synfuel production technology. Since synfuel plants will be operating predominantly during solar/wind peaks in a variable-dominated system, a synfuel plant capacity factor of 30% was employed. 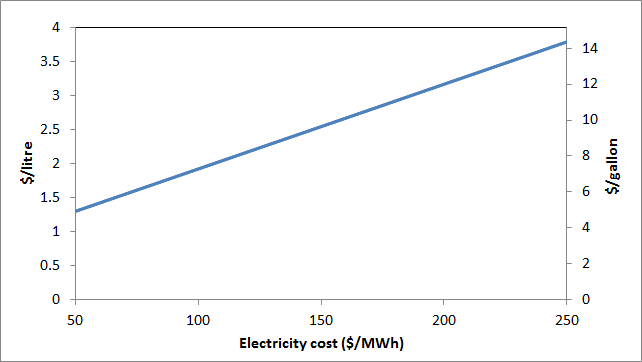