Seeking Consensus on the Internalized Costs of Coal

Internalized costs related to coal can become very low. That is one of the main reasons why coal has thus far proven itself to be the standout energy source of the 21st century (figure below) despite rising prices, decades of talk about climate change and huge hype about alternatives. We will seek to better quantify these low internalized costs in this article. 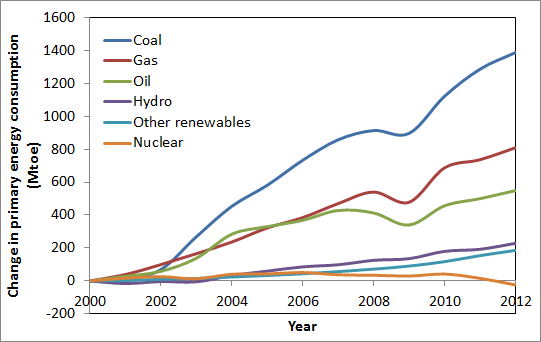 The International Energy Agency has compiled the cost curve for global hard coal reserves shown below. It is important to note that the cost ranges given on the y-axis is the free-on-rail (FOR) cost which includes all costs except for long-distance transportation costs associated with international trade which can be large in countries like China and Russia. It should be mentioned, however, that less than 10% of Chinese coal is traded internationally. 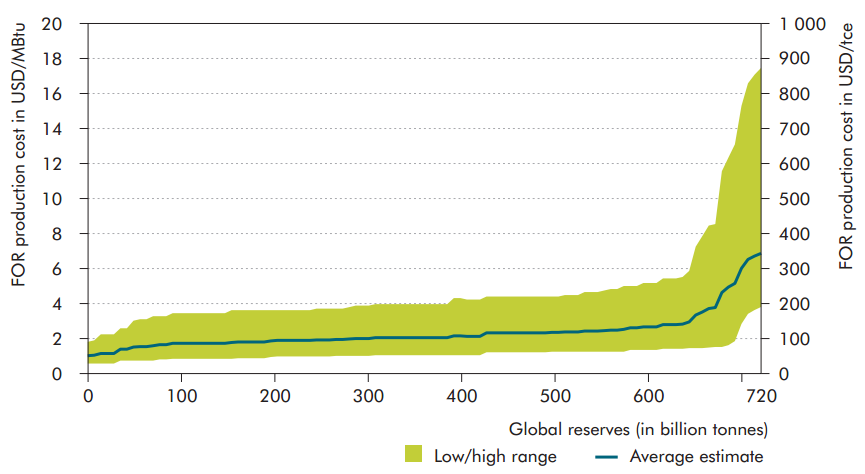 (NOTE: It appears as if this IEA graph contains an error in converting $/tce to $/MBtu by assuming exactly 50 MBtu/tce. In reality, the value is about half this number.)

The current average cost of coal production is around $50/tce (ton coal equivalent) or $43/ton of average coal. It should also be noted that about 14% of global coal use is in the form of lower quality brown coal (lignite) which is substantially cheaper than the hard coal discussed above.

The bulk of global coal (61%) is used in the power sector (BP Energy outlook) and the rest is primarily used for industrial purposes. For transportation, coal-to-liquids processes are currently only responsible for about 0.4% of global oil-equivalent supplies, but will also be considered as the IEA predicts a rather impressive 8.8% yearly growth rate up to 2035.

We will take a very brief look at all three of the above elements:

Since coal is fairly cheap, the cost of coal electricity is greatly influenced by the capital costs of the power plant. These costs vary greatly across the world depending, among others, on local material & labour costs and local legislation. The LCOE for different plant capital costs given by this study are shown below as a function of the coal price. Additional assumptions include a 40 year service life, 40% electric efficiency (supercritical technology), a capacity factor of 75%, a 7% cost of capital to reflect the predominantly developing world buildout and $6/MWh of O&M costs. Coal was assumed to yield a heating value of 23 GJ/ton. The Excel datasheet used to create this figure can be accessed here. 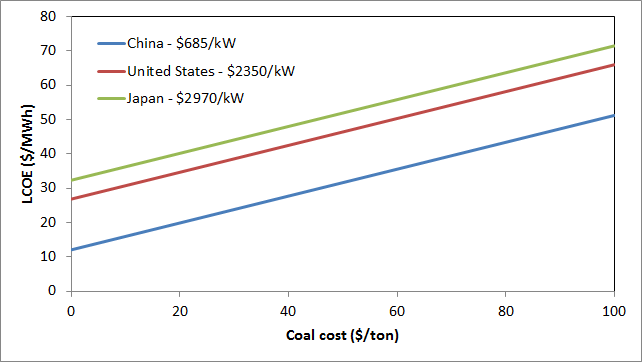 Because it is so cheap, coal is often used for supplying industrial heat. The two largest uses are steelmaking (where coking coal is also an essential reducing agent) and cement-making.  Coal for steelmaking purposes (coking coal) needs to be of higher quality than that used for general heat (steam coal) and commonly demands a market premium of 50-100%. The cost of coal per unit energy is shown below based on the assumption of a 23 GJ/ton heating value. 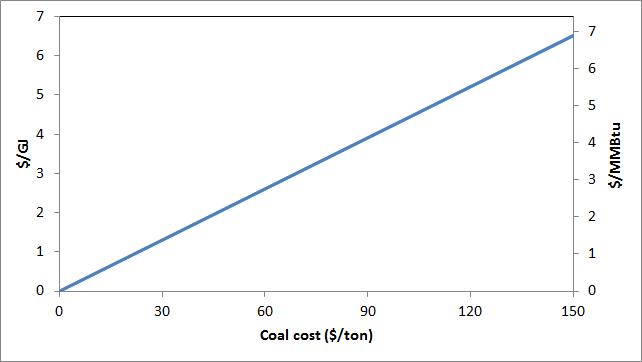 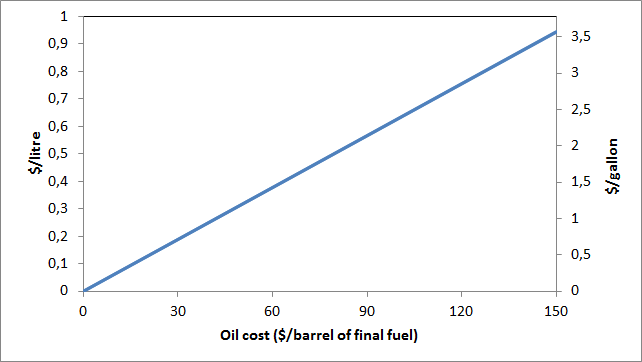