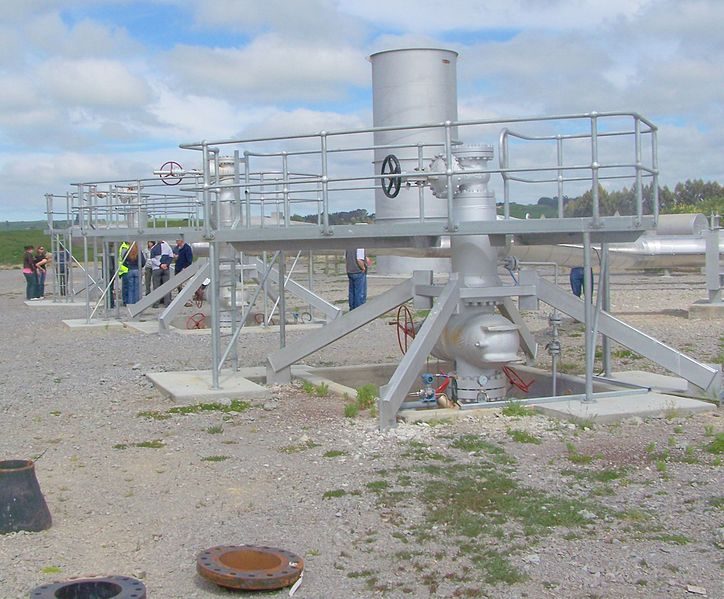 In a global first, a Saskatoon-based geothermal company has successfully drilled and fracked a 90-degree horizontal well, delivering enough heat to supply electricity to 3,000 homes. And it did so thanks to the expertise of over 100 oilfield technicians—a switch that is offering hope to many such workers facing unemployment as fossil fortunes tank.

The Financial Post reports that the success by the Deep Earth Energy Production (DEEP) Corporation is the equivalent of drilling a “gusher”—petroleum industry lingo for a well that has hit a wealth of easy-access oil.

Though geothermal technology has yet to produce actual electricity in Canada, the industry has “a big, big future” in Canada, said Deep Earth Energy CEO Kirsten Marcia. Explaining that her company’s Border-5HZ well can deliver super-heated water to the surface at a flow rate of 100 litres per second and a temperature of 127°C, Marcia said the C$50-million project has the capacity to produce three megawatt of electricity.

Eventually, the Post says, the well “will form part of a larger 20-MW geothermal power project, which is expected to commence construction in 2023 in southern Saskatchewan close to the U.S. border.”

The success of the Deep Earth project could also herald opportunity for some of the thousands of oil and gas workers whose career futures are in jeopardy as the sun continues to set on the fossil industry. The 100 oilfield service workers involved in the project included “a drilling crew from Houston-based Weatherford International Plc, and a pressure-pumping team from Saskatchewan’s Element Technical Services Inc.,” said Marcia.

“Everything we’re doing is figuratively and literally on the backs of these highly-skilled oilfield workers,” she said. “We couldn’t do this without this expertise in this part of the world.”

To set the stage to capitalize on the potential new beginning for jobless oilfield workers, governments in Saskatchewan and Alberta are “revamping regulations for drilling and power generation in an attempt to stimulate geothermal investment,” the Post writes. Already, “geologists have identified multiple locations in Western Canada to produce geothermal power and use existing oil and gas skills in renewable power production.”