The times they are a changin'

Russia is the world’s top energy exporter and its economy is heavily dependent on oil and gas. 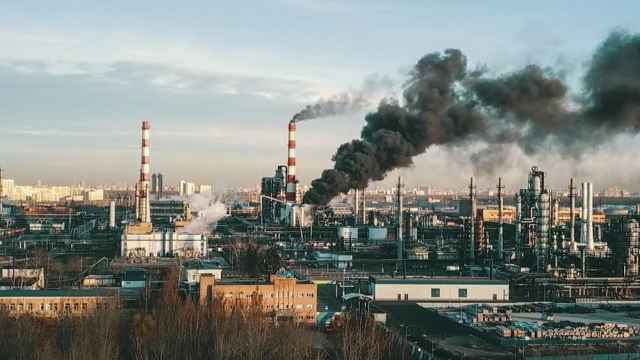 Joe, every country is realizing renewables are a loser, and not because of an EU border tax - because they're intermittent, unpredictable, meager sources of energy.

Did Russia's Finance Minister really say, "Russia Faces Huge Revenue Losses From Renewables Push", though? Of course not, he was protesting the EU's border carbon tax. The headline was a fabrication of the Dutch editors of The Moscow Times, an English-language paper begun in 1989 by Dutch national Derk Sauer. Though Sauer has Russian partners in the venture, it's only to comply with Russian law.

His team of Western editors have had free reign to use the Times, now operated from the Netherlands, as a springboard for anti-nuclear propaganda (fittingly, the paper's original location was the re-purposed headquarters of Pravda). It's only Russian editor, Nabi Abdullaev, was canned in 2015 after he refused to toe Sauer's editorial line.

"Nuclear power in the Russian Federation is a driver for the development of other industries, and nuclear electricity production accounted for 19.7% of the national electricity mix. Currently, the country operates 38 nuclear power reactors and is steadily moving ahead with plans to expand the role of nuclear energy, including the development of new reactor technologies, in addition to the export of nuclear services. It seeks to close the fuel cycle and fast reactors are considered a key component of this. More than 20 Russian nuclear power reactors are confirmed or planned for export construction; today, foreign orders amount to about US $133 billion."

Not only Russia , but all the oil and natural exporters. I think this will force  them to slow down their integration plans or go directly to decarbonization techniques such as blue and black Hydrogen.

It'll be interesting to see what influence OPEC tries to have on countries in and associated with OPEC (e.g., Russia who is a member of OPEC+ but not bound by OPEC) in looking to make these efforts. Might it be hard for them to have their cake and eat it too?

Exactly Matt - Russia is stuck between a rock and a hard place. Most of their revenue comes from oil and gas. Every EV that gets sold Europe means less oil imported from Russia.

Plus Russia also has nuclear which they are trying to export. A good example of this are the upcoming reactors in Belarus. They will mean less NG exports for Russia.

The nuclear power plant is a part of Belarus’ energy strategy formulated over the past decade, as the country wants to reduce reliance on Russian-sourced natural gas, which today generates about 95% of the country’s electricity. The Belarus energy plant also calls for construction of a 1,000-MW coal-fired plant, four hydropower stations with a total capacity of 120 MW, and wind projects totaling 300 MW.

Belarusian officials have said the plan, if fully implemented, would reduce the country’s share of power generation from Russian natural gas to about 55%.

Interestingly, when you look at internal Russian electricity there has been little to no change in their dependence on coal and NG over the past 10 years. They are moving very slowly with renewables and nuclear within Russia itself. Tough spot to be in.