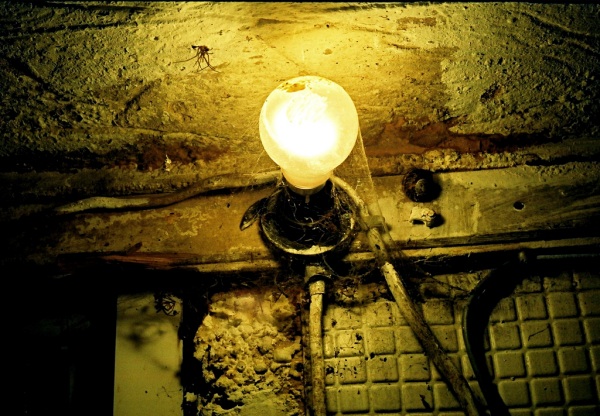 Republican state governors and legislators will be raising your electric rates soon, according to a recent economic study commissioned by the National Mining Association and various other industry groups. But only if they refuse to implement the Environmental Protection Agency’s proposed Clean Power Plan when it’s finalized later this summer.

EPA’s Plan is the backbone of President Obama’s climate agenda. That’s because the Plan would radically restructure this nation’s electric system to reign in the carbon dioxide coming from existing power plants, which account for about 40% of all U.S. emissions.

The Clean Power Plan is based on the 1970 Clean Air Act, a law that directs the states to work as partners with the federal government to reduce air pollution. In most cases, EPA adopts a model rule under the Act, and then each state drafts its own laws to implement the rule, which are submitted to EPA for approval (lawyers call this a state implementation plan). If EPA doesn’t like what the state proposes to do, however, or if the state refuses to cooperate, EPA will step in itself and regulate with a more detailed federal plan.

Virtually all Republican state governors and legislators have come out in staunch opposition to EPA’s Plan. They certainly won’t want to adopt state-level climate laws and regulations to implement the Plan in their states. Talk about a difficult political pill to swallow.

That’s why most of them will undoubtedly consider refusing to submit a state plan to EPA. In fact, the conservative leaning Federalist Society recently released a legal white paper urging many states to do just that.

But it turns out that many Republican-run states could actually cause their electric rates to go up significantly if they opt for a federal plan, rather than developing a state plan themselves. The reason has to do with both how the Clean Air Act is written and the current makeup of the electric systems in these states.

Put simply, the EPA’s Plan will set carbon dioxide emission limits for each state’s fleet of existing power plants. One obvious way to meet these limits is to reduce the amount of carbon dioxide flowing from the stack of each plant. However, the Plan also allows states to rely on renewable power and various end-use energy efficiency measures (such as promoting efficient lighting in homes and businesses) to meet EPA’s emission targets. By using more renewables and investing in energy efficiency, states can reduce the carbon intensity of their electricity sectors, which will help them more cheaply comply with the emission limits set by EPA.

The problem with refusing to adopt a state plan and instead opting for a federal plan is that EPA likely doesn’t have the authority to require a state’s utilities to use more renewable power or to invest in energy efficiency. Unlike states, which can adopt their own laws, EPA only has the authority granted to it by Congress in the Clean Air Act. And “it is absolutely clear,” according to the Federalist Society’s white paper, “that EPA lacks authority [under the Act] . . . to impose a federal plan [that orders] the State’s utilities to acquire more renewable or demand-side resources.” This means that if a state wants to use renewable power and energy efficiency measures to help it comply with its EPA-imposed emission limit, the state will need to enact its own laws doing so as part of its state compliance plan.

By contrast, if EPA steps-in with a federal compliance plan and wants to obtain the same overall emission reductions without using renewables and energy efficiency, it will have to go after more expensive coal plant reductions even harder. And guess what? That’s bad news for Republican-run states, which rely more heavily on coal to generate electricity.

There are 31 Republican-run states and they generate an average of 43% of their electricity using coal. The remaining blue states rely on coal for only about 31% of their total electric generation.

Each state’s electric system is different, of course, which means that the impacts of having a federal plan will vary by state. According to the National Mining Association’s study, for example, if newly elected Republican Governor Jim Abbot decides to play nice with EPA, Texas’ electric rates will increase by 10%. By contrast, if Governor Abbott just says no and opts for a federal plan, Texas’ electric rates would increase by an additional 44%. Likewise, if Utah refuses to develop its own plan, its rates would increase by an additional 16%. And Wyoming, Nevada and Illinois would all see additional double-digit rate increases if they opted for the federal plan.

The irony of all this is that most Republican state lawmakers are opposed to the Clean Power Plan because they believe it will raise electric rates and hurt the businesses in their states. Now, the coal industry’s own study shows that, if these lawmakers don’t cooperate, they will exacerbate the exact thing that they are trying to avoid.

You should be on Fox News. They have a place for people with such deep insights into the energy and climate change issues.

It is always easy to spot the people that don’t have a clue about science, technology, and engineering.

Don’t worry, Guy Beebe, no one is going to ask you to build the system as you clearly have no idea what you are talking about.

Yep.  Big onshore wind turbines can produce electricity at very low costs.  And solar PV can be installed directly on homes & businesses where it competes with retail rates instead of wholesale rates such that they are quite bargain.  Over the life of my system, it will generate electricity at a rate of 6 cents per KWH.  That is a bargain now and it will only become more of a bargain as electricity prices rise.

“Over the life of my system, it will generate electricity at a rate of …”

The more relevant question is what will be the overall cost.  This includes not only the cost of your solar system, but the utility bill with connection fees.  The utility fees under a solar model will inevitably raise fixed connection charges independent of kWh use (Kansas increased from $9/mo to $25/mo, Wisconsin nearly doubled fixed charges), as the grid incurs fixed costs independent of the energy it ships.  And, if the solar plus grid solution is to scale up, the price can not include substantial subsidies as it does now.

There’s an interesting argument to be had about the EPA’s Clean Power Plan regulation; the likely environmental cost-benefit analysis versus both the status quo and versus other approaches to carbon reduction.  As the plan is under legal challenge, the legal basis is also of interest.  I hope to see principled debate on the topic.

However,  this article opens with, “Republican state governors and legislators will be raising your electric rates soon”, as if the EPA and this author were Sopranos mafiosos demanding cooperation with a protection racket, where rebels are responsible for harm that befalls them.  The message is that no discussion is desired, that descent is to be dismissed.  Such is fodder for politcal rallies and college dormitories.

In 2014, only 36% of electricity generated in ERCOT was from coal generation.  This would place Texas much closer to the blue-state than red-state averages the author cited.  The problem with the CPP is an issue of timing rather than intent.  The capacity loss from coal-fired plants will outpace the ability of renewable generation and conservation programs to fill in the void over the next decade.  The void will be filled during that time by increased natural gas-fired generation.

The only way to make this shift in generation fleet fuel mix and keep electricity prices at reasonable levels is to increase shale gas production.  With increased opposition to hydraulic fracturing, are we simply trading carbon reduction for other possible environmental consequences?

I belive the CPP should be restructured along a more reasonable timeline to allow renewable energy to pick up the slack created by reduction in coal-fired generation.