Clean energy advocates in North Carolina have won a major battle in the opening stages of a nationwide fossil fuel-funded war against renewable energy standards in America.

A bill that would have reduced (and ultimately ended) North Carolina’s renewable energy standard (RES) was soundly defeated 18-13 in a state legislative committee this week. Six Republican legislators, including several top-ranked party leaders, voted against the measure proposed by House Majority Whip Mike Hager – in his own committee.

The bill, modeled after legislation created by “stealth business lobby” American Legislative Exchange Council (ALEC), is part of a coordinated push to repeal renewable energy targets in at least 22 of 29 states with such incentives. According to Bloomberg News, fossil fuel interests like Koch Industries and ExxonMobil have paid tens of thousands of dollars to shape ALEC’s model bills.

These coordinated policies have created a booming clean energy economy in the Tar Heel State that has created more than 21,000 job years, saved 8.2 million megawatt hours of power, and generated more than $4 billion in spending statewide since taking effect in 2007.

According to the Raleigh News & Observer, residential utility customers pay between .22-.42 cents per month and commercial customers pay between $3.29-34.32 per month to support the clean energy provisions. Considering the state lost 100,000 overall jobs over the same period the policies have been in place, they seemed to be a good investment.

Unfortunately, Rep. Hager didn’t see things the same way, perhaps influenced by the heads of sixteen national conservative groups who lobbied legislators in support of his measure. “If the only way a business can move forward is with a subsidy, than maybe we need to rethink the business,” said Hager.

Wait, did I mention Hager is also a member of ALEC?

Fortunately, good jobs won the day. Legislators, many of whom represent Republican-leaning rural districts that have benefitted from the state’s clean energy boom, discounted the anti-REPS arguments.

“I would have had a difficult time talking to a CEO who just brought 300 jobs to Cleveland County (and telling him) I’m going to vote to eliminate this program that justified their investment,” said Republican Rep. Tim Moore, referring to a $27 million dollar solar manufacturing facility being built in his district.

That green growth has been as wide as it is deep. A 2012 Clean Energy Industries Census conducted by the North Carolina Sustainable Energy Association (NCSEA) found over 15,000 green jobs at 1,100 companies across 86 of the state’s 100 counties, generating $3.7 billion in annual revenue. In addition, a 2012 Duke University report found a thriving smart grid industry with 3,000 employees at 101 locations across the Research Triangle region.

“North Carolina businesses, ratepayers, workers, and state and local economies all had a stake in this outcome, and they all won a victory,” said Ivan Urlab, NCSEA Executive Director.

We’ve Won The Battle, Not The War

While victory in North Carolina is certainly good news, it’s only an early skirmish in what’s shaping up to be a grueling war between renewables and fossil fuel in multiple battleground states. Kansas has also voted to retain its RES, but legislation to water down or kill RES targets have legitimate prospects in at least five states.

“We’re opposed to these mandates, and 2013 will be the most active year ever in terms of efforts to repeal them,” said Todd Wynn of ALEC.

Alright, then ALEC – game on.

Earlier this month (November), the International Energy Agency (IEA) published their Renewables 2020 report suggesting that the U.S. offshore market is set to become one the largest offshore opportunities after 2022 and that global offshore wind.. 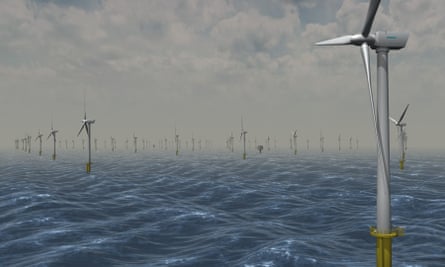 The United Kingdom’s (UK) successful and world-leading offshore wind industry provides the perfect template for how the United States (US) offshore industry could proceed, representing a mammoth investment and job creation opportunity.