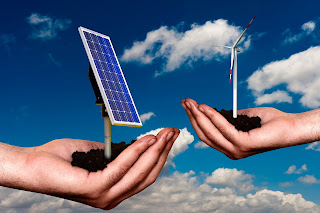 2011 and 2012 are looking to be good years for renewable energy.  Proposed installation and current construction numbers are very encouraging.  Federal loan guarantees have picked up momentum as described in a previous post: http://powertrends.blogspot.com/2011/05/recent-renewable-federal-loan.html

According to the numbers shown by the SEIA – Solar Energy Industries Association there is a considerable effort afoot.

According to the American Wind Energy Association (AWEA), the U.S. wind power industry installed 1,100 megawatts (MW) of new capacity in the first quarter of 2011 and entered the second quarter with another 5,600 MW under construction. The under-construction figure is nearly twice the megawatts that the industry reported at the same time in both 2009 and 2010. The total U.S. wind fleet capacity now stands at 41,400 MW, which is enough to supply 10 million homes.

The first quarter’s new capacity came online in 12 different states, with some seeing double-digit growth. The states adding the most capacity were Minnesota (293 MW), Washington (252 MW), and Illinois (240 MW). AWEA reported that one third of the 5,600 MW currently under construction is located in California, Oregon, and Washington. See the AWEA press release.